Beeba Boys is a crime drama based on the Indo-Canadian gang wars in Vancouver.

In the opening scenes of the movie we are introduced to a group of young men who are jocular, stylish, and overall easy to like. They then murder two people in cold blood, and the true tone of the film is set.

There’s a fine line between showing the glamorisation of gang violence and participating in it. And, although some glamour is attributed to the gangster lifestyle in the film’s early exchanges, by the time the credits roll that sheen is dissected, and ultimately torn down. 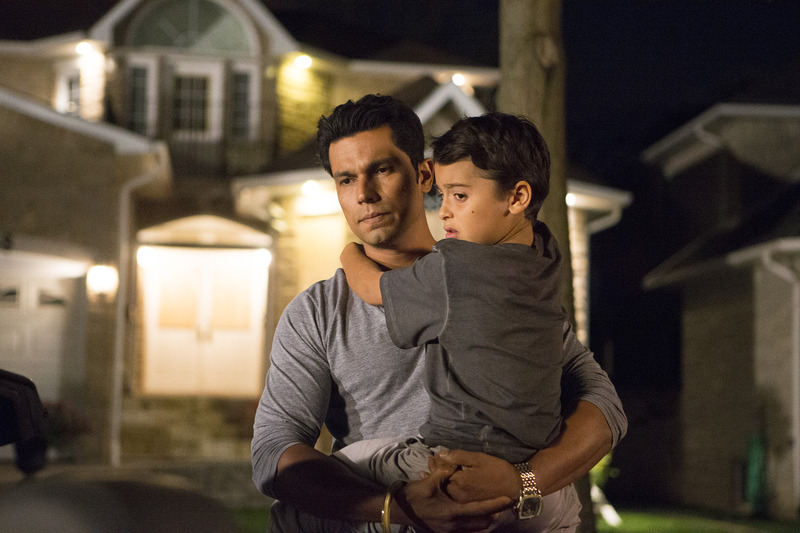 Beeba Boys stars Randeep Hooda as gang leader Jeet Johar, who has risen to the status of a local celebrity. His inner circle are called his beeba boys, ‘beeba’ meaning ‘good’. The Beeba Boys are an up-and-coming gang taking on an older, more established, crime lord and winning. Jeet is also a friend to his underlings, a single father of a young son, and a loving son to his own aging mother. The most compelling plot line in the movie is watching Jeet come to terms with the toll his lifestyle has taken on all of the people close to him.

Ali Momen (The Strain) stars opposite as Nep, a new recruit of Jeet’s who is actually a double agent for his enemy. Nep’s loyalties are in question throughout the film as he gets closer to both the Beeba Boys and their rival’s daughter.

Beeba Boys succeeds as a crime drama, but it’s certainly not a thriller. There are tense moments, but overall there is a feeling of inevitability about this film. There’s no shock value when characters die because it always feels as if they have to in order for the movie to get its point across. Also, the Beeba Boys themselves are in a lot of ways treated as a collective. They are given titles near the beginning, such as ‘Guri The Gun’ (Ali Kazmi), but there is not much individual characterization. An exception to this is ‘Manny The Joker’ (Waris Ahluwalia), whose characterization as jovial and loyal is in a way projected onto the others through how central he is to group scenes. He teases and the others laugh.

Beeba Boys can boast some very striking images and solid human drama. There is one scene in particular where Jeet hears his son comparing him to the villain in a tv show, as if being the villain were a positive thing. That hits you hard.