Charlize Theron channels James Bond and Jason Bourne for the hyperkinetic extravaganza that is Atomic Blonde.

The flick is actually based on the 2012 graphic novel, The Coldest City by Antony Johnston and Sam Hart. 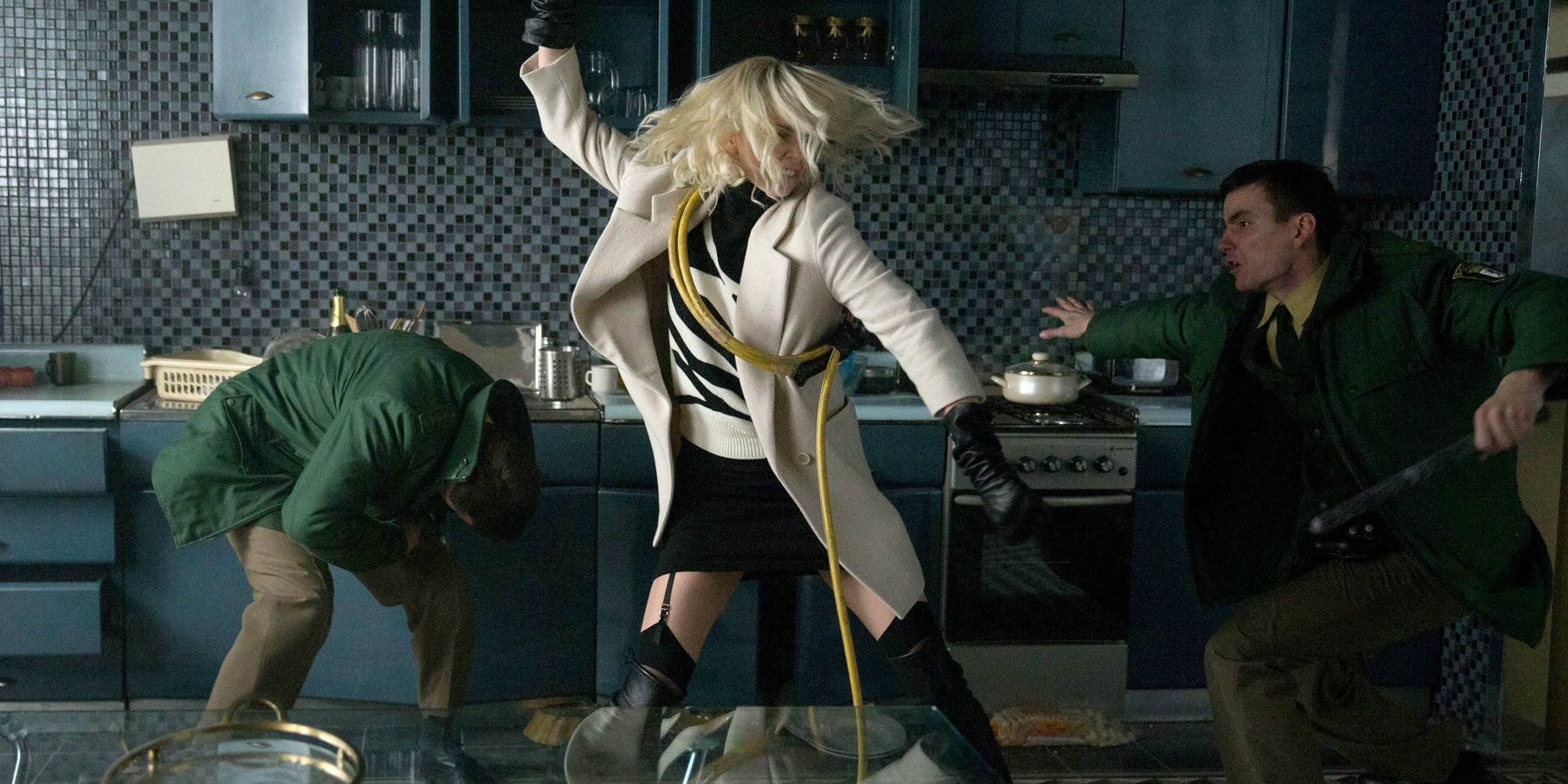 Set mainly in Germany during the waning days of the Cold War, and amidst the looming 1989 collapse of the Berlin Wall, Theron plays a top-level MI6 spy tasked with taking down an espionage ring that is responsible for killing an undercover agent who happened to be her former lover.

She reluctantly teams up with the Berlin station chief (James McAvoy), who’s been behind the Iron Curtain too long and is going a bit squirrelly.  The pair form an uneasy alliance in order to preserve the agency’s sensitive overseas intelligence operation.

Theron cuts an imposing yet sleek figure that can be sultry one moment and downright terrifying the next. She slices, dices, gouges, punches, kicks, and still finds time to enjoy a stiff drink. But there’s no shaken martini for this heroine, she prefers Stoli on the rocks.

The film gets a little talky in the middle section, as the familiar plot (though there are plenty of allegiance-shifting twists) is spelled out in conventional format, but the occasionally jaw-dropping violence more than makes up for the narrative lulls. 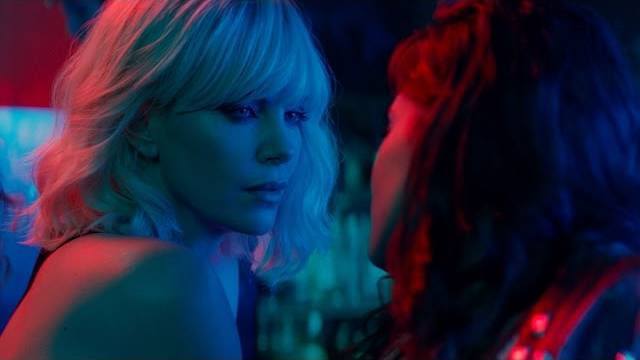 The absolute standout sequence involves an elaborate stairwell fight inside a dilapidated building that eventually spills outside. The scene consists of an eight-minute continuous shot (technically there are a few edits, though they are hard to spot) where Theron dispatches numerous bad guys in highly creative fashion.

This part of the movie is worth the price of admission alone and will surely join the annals of the greatest cinematic action scenes of all time.

Stunt coordinator Sam Hargrave says Theron did 98% of her own stunts and even underwent several dental surgeries throughout production as a result of sustained injuries.

This kind of intense training and dedication to her craft, coupled with John Wick co-director David Leitch’s flair behind the camera, give Atomic Blonde a serious dose of genre credibility. 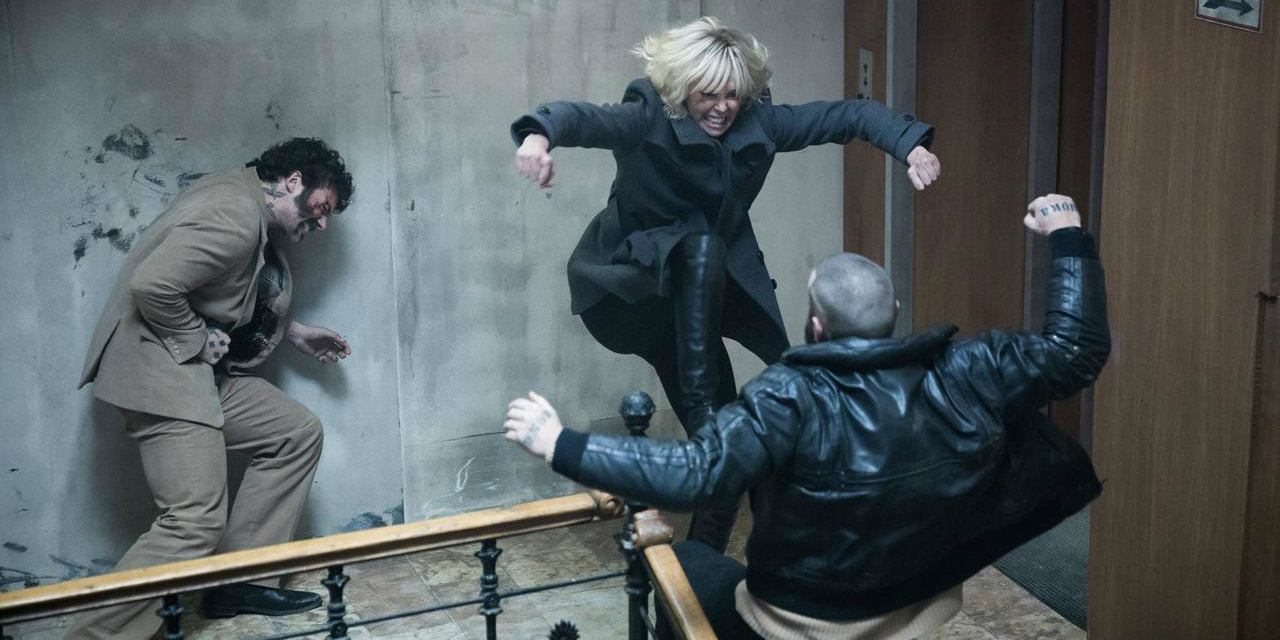 In terms of supporting players, James McAvoy has a chance to shine once again. He acts as a great scruffy foil to Theron’s by-the-book precision and the two share some genuine platonic, albeit shaky, chemistry. The Mummy’s Sofia Boutella also does a commendable job as a French operative.

Another slight disappointment is the waste of German actor Til Schweiger’s talents. He was tremendous in Quentin Tarantino’s Inglourious Basterds but doesn’t have much to do here.

When it comes to story and script Atomic Blonde is fairly standard stuff, but it makes up for these flaws with striking production value. The film’s look is always visually engaging as it constantly toggles between muted urban greys and bursts of brilliant neon. The designer clothes worn by the lead star help a lot too. 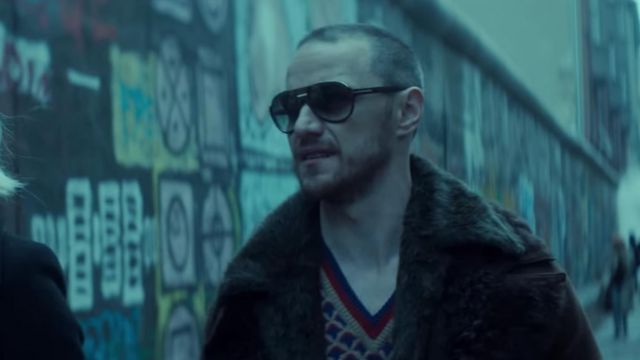 Music is also a key factor in this flick. The soundtrack features various chart-topping 80s hits – everything from Depeche Mode, to George Michael, to A Flock of Seagulls – that are sometimes given an updated remix or cover treatment for today’s audiences. At times, the song placement even provides enough cheeky humour to keep things light.

So, if you can overlook the standard plot, basic characters, and clunky dialogue, this movie is generally a crowd-pleaser thanks to a healthy dose of pulse-pounding action and one remarkable performance from Charlize Theron. Here’s hoping she’ll have another chance to revisit this powerhouse role.

Atomic Blonde packs plenty of punch and deserves 3 1/2 out of 5 pieces of popcorn.