It’s been a while since we’ve seen Tom Cruise play a sleazy anti-hero, but in American Made he reminds us that he’s more than just a Chester cat smile.

To say Cruise needed a win was an understatement. It hasn’t been a great year for the man who ran (full knife hands) into failure with The Mummy and was part of a Jack Reacher sequel that should have taken its own advice and never came back. 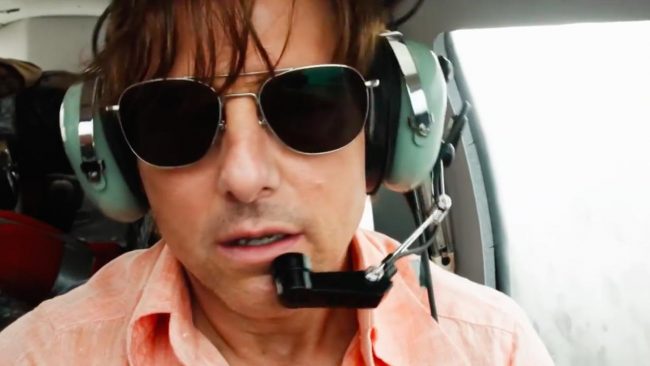 Seeing the 55-year-old (who doesn’t look a day over 40 and it’s sickening) play the real-life character Barry Seal gave me flashbacks of Risky Business and Jerry Maguire. It’s vintage Cruise who looks to be having fun reuniting with Edge of Tomorrow director Doug Liman.

Although this film probably had a big budget, Liman gives it that “small movie” vibe that reminded me of some of his classic films of the 90s like Swingers and the highly underrated Go. Flying alongside Cruise is a formidable cast in Domhnall Gleeson, Sarah Wright, Alejandro Edda, Caleb Landry Jones, Jayma Mays, Jesse Plemons and Lola Kirke.

Just when you think robot Cruise was entering the ‘collect the paycheque’ phase of his illustrious career, he goes and gives one of his best performances in years. It’s amazing what a great director and script will do to help offset previous poor choices. 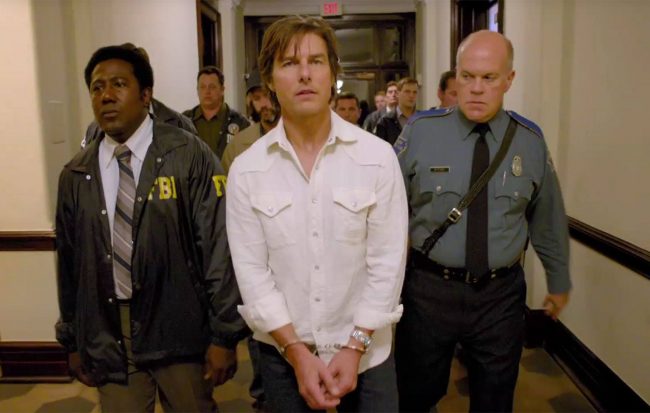 Cruise plays Barry Seal, a not so bright TWA pilot who agrees to work with the CIA to take reconnaissance pictures of Latin American revolutionaries. Although Barry might be dumb, slimy and reckless, he’s also one hell of a pilot. Those flying skills catch the eye of a bunch of drug lords who see his plane as the perfect way to transport cocaine from Columbia into Florida on behalf of the emerging Medellin cartel.

It’s a win/win opportunity for Seal as he can deliver drugs for the cartel under the safety and protection of the CIA who are also up to their own nefarious deeds. Let’s just say that everyone turns a blind eye for profiteering. It’s a quick way to make a buck and boy does Seal make a lot of bucks, so much so that he starts to run out of places to hide it.

The story doesn’t get too bogged down in the politics of it all. All you need to do is Google the Iran-Contra affair and you will get a great history lesson in how the US had no problems meddling in the affairs of other countries. Ironic isn’t it?

Those dirty politics of the day are the backdrop to what is a fast-paced, breezy and mostly upbeat action film. That said, it’s cool seeing the likes of Pablo Escobar, and Ronald Reagan makes cameos as Barry Seal bounces from one improbable scenario to the next. There’s even a young George W. Bush sighting. 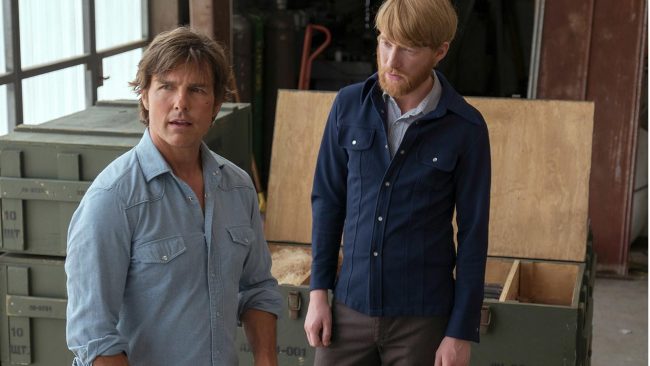 Yes, American Made a true story, but it’s clearly been Hollywoodized with some things twisted for entertainment purposes. What hasn’t been altered though is the acting performances director Liman gets out of Cruise and Domhnall Gleeson (Star Wars: The Force Awakens). Gleeson steals scenes as a quirky, off-beat CIA operative named “Schafer” much like his real-life father Brendan Gleeson has done over the years playing alongside Tom Cruise.

You also have the wonderful Jesse Plemons (Breaking Bad) who gives a subtle but strong performance playing a local Arkansas sheriff who is content in turning a blind eye to Barry’s highly suspicious activities.

Outside of the acting, this is a film that celebrates greed and corruption and it’s hard not to cheer for the reckless anti-hero even if you know how it’s all going to end. It’s the ride that matters and this film delivers entertainment like Seal delivers Coke. It just drops it all on your lap and you enjoy every single line and scene even if you are recounting a troubling time in American history.

Cruise might be 55-years-old, but the man brings the same magnetic energy that we have grown to love. So make like Tom Cruise and run to the theatre and check this film out. I have no problems giving this a big 4 out of 5.

Rated R (for language throughout and some sexuality/nudity.). Running time: 115 minutes. Opens Friday at a theatre near you.