If you like run of the mill, cheesy action films, then maybe American Asinine er… American Assassin is the movie for you.

Dylan O’Brien is one of the current “it” boys in Hollywood. No, not a murderous clown type of IT boy, but an actor who is being pushed as the next big thing.

Like Troy McClure, you may remember him from such films as The Maze Runner and Maze Runner: The Scorch Trials and soon to be Maze Runner: The Death Cure. However, there are no mazes in American Assassin where O’Brien plays a self-trained vigilante who is recruited to join a secret CIA black ops force. 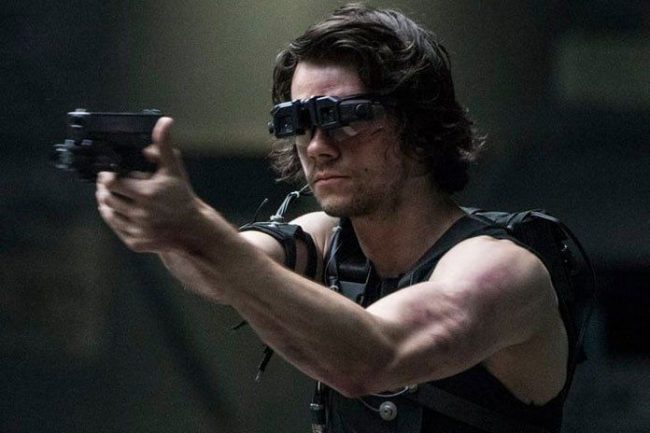 The film also stars Michael Keaton, Sanaa Lathan, and Taylor Kitsch. It’s directed by Michael Cuesta who has been behind the camera for some great television shows like Billions and some indie films like 2001’s L.I.E.. But this is his first foray into the action movie realm.

I will spare you the synopsis because trust me; you’ve seen this movie before.

American Assassin is a clichéd, boilerplate action flick that follows the same formula that was invented when guys like Arnold Schwarzenegger were blasting up bad guys and saving the world from evil. “Get to the chopper!”

Now the muscles from Brussels has been traded in for some 15-year-old-looking guy named Mitch Rapp. Think John Wick but going through puberty.

The young man has a chip on his shoulder because some damn Libyan terrorists shot up his girlfriend on an Ibiza beach just after he proposed to her. Now with revenge on his mind, Rapp spends a year training martial arts and gunplay so he can become a bad ass killing machine. Of course, Rapp is somewhat unstable but talented enough where he fits right in with the CIA. 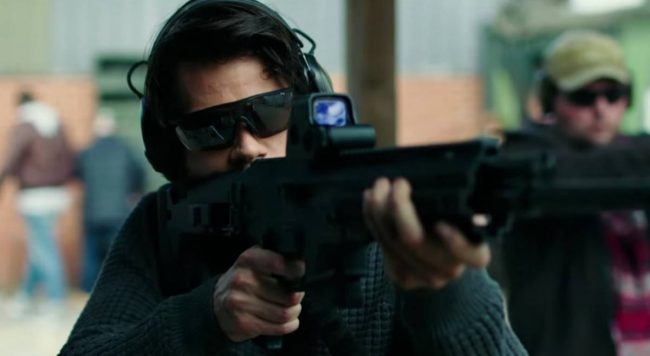 Although this movie will remind you of other spy thrillers like the Bourne series, the action in this flick is relatively paint by numbers. The acting is, well, as good as the writing which isn’t good, and nothing really new is brought to the genre. There are far too many plot holes to mention but that doesn’t matter if you’re distracted with the hand-to-hand combat and cheesy one-liners.

Is it entertaining enough though?

Sure, I mean who doesn’t like to watch American operatives shoot up terrorists? It’s that kind of low-hanging fruit that uncreative action films love to grab.

Michael Keaton plays the head of this special CIA black ops crew and at least he makes this film somewhat watchable. He does his best to come off as a hardass leader, but even his Oscar-worthy acting can’t make up for the silly dialogue like this gem, “He dresses like a deer, kills like a lion.” What? 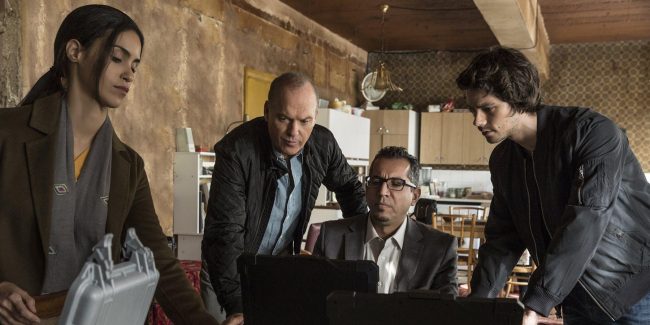 There is even a fantastic scene where Keaton’s character and his crew are sitting at a cafe in Rome on an undercover stakeout looking for a nuclear physicist. To help identify their target, Keaton has an iPad on the table with an onscreen title in huge letters that says, “Nuclear Physicist Watchlist.” How handy is that?

Look, this movie is dumb. So I will spare you the long-winded review. American Assassin is not worth your hard earned money so instead, I recommend waiting until it’s available to watch at home. Giving this a 2 out of 5. Go see Mother instead!.

Playing at a theatre near you, rated R, and is 111 minutes long