In the age of the never-ending franchise universe, Fox seems hell-bent on turning Alien into an R-Rated Star Wars style saga.

Yet, for all the hype, Ridley Scott’s return with the 2012 prequel Prometheus just wasn’t Alien enough for most moviegoers. So has the director listened to film fans’ feedback for his latest space-based outing, Alien Covenant? 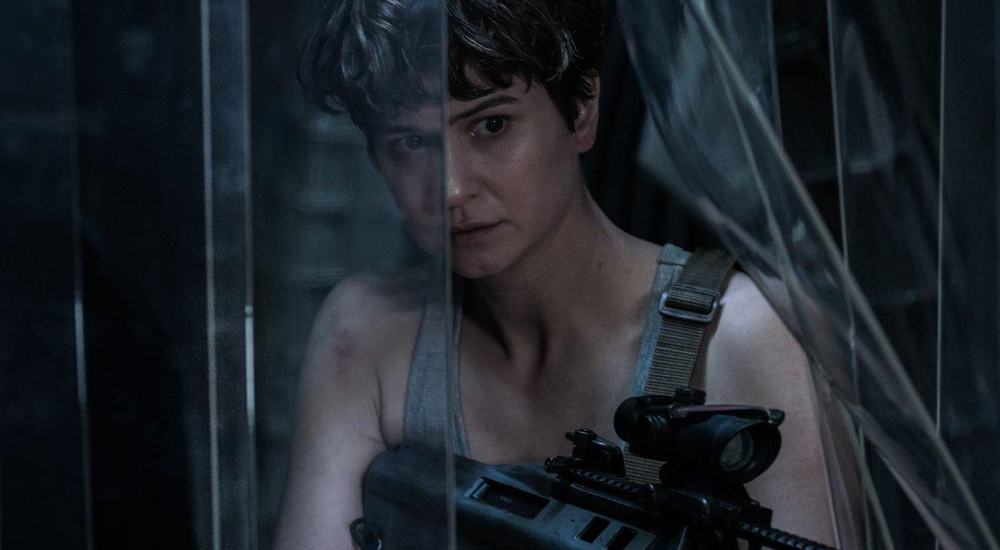 From the very start of the film it’s clear we’re back in Alien country.

The title card is straight out of 1979 and that wonderful Jerry Goldsmith score is back. There’s also a smattering of the familiar face-huggers, chest-bursters, acid blood, Alien eggs, and HR Giger references. Even the titular Xenomorph itself is back, making its first return to the franchise since 1997’s Alien Resurrection (obviously discounting the AvP hot mess – it didn’t happen. Burn it, burn it now).

Fan service then, has been dealt. But make no mistake, this is still a Prometheus sequel and therein lies the challenge as Alien Covenant attempts to marry the high concept world of the 2012 prequel with the creature horror of the iconic original movies. 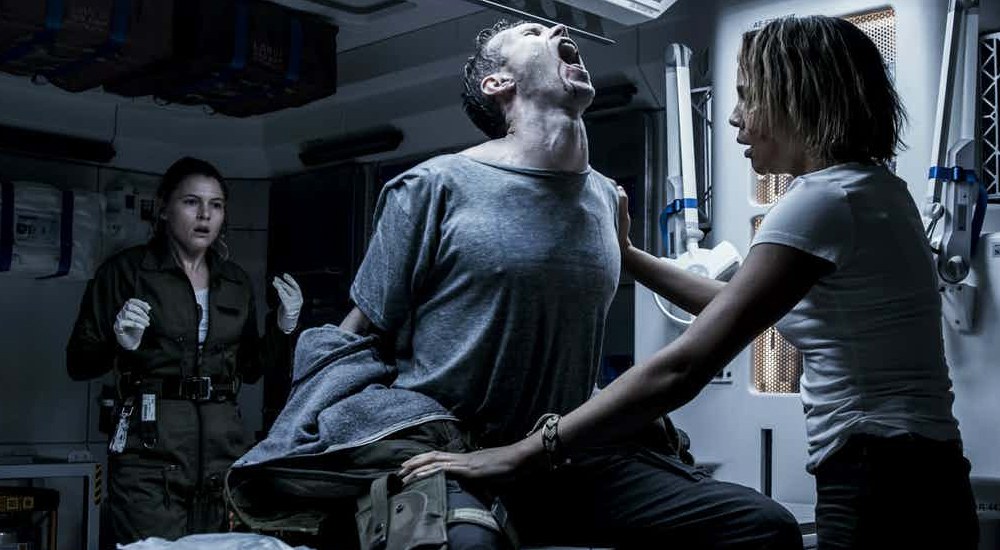 What we’re served up is a combination of the two, a film that is part Prometheus, part Alien; and yet never really takes the best bits of either of them.

It’s a balancing act that’s obvious right from the opening sequence when a Prometheus creationism lecture, gives way to comfy Alien territory as the crew of a colony ship investigate a distress signal from a planet infected with the prequel’s mysterious black goo.

This first encounter is exhilarating, and the black goo plot-device allows Scott to explore new twists on the Alien birthing formula. The excellent Neomorphs for example, birth not out of the chest, but out of the spine, producing some particularly awesome body horror. Good stuff.

But just when you’re strapping yourself in for a heart-pounding ride, the film’s mid-section slows right down for more Prometheus wordy, and frankly silly, exposition. It’s amazing that Scott delivers such a visually laboured and dull second act when all the ingredients are there for an extra-terrestrial riot.

However, just when your eyelids start to sag the film plays it’s Ace in the hole, Michael Fassbender. 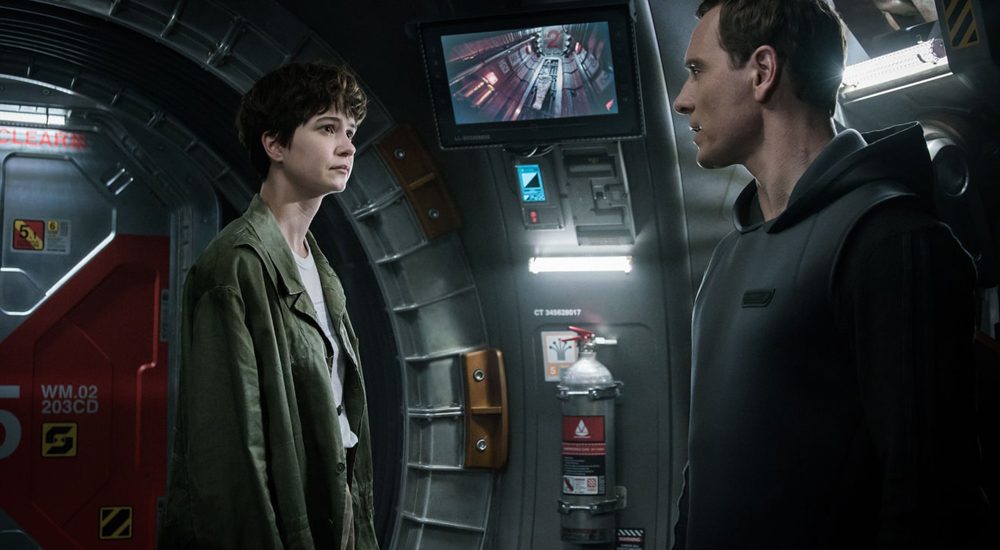 Sadly aside from Fassbender, and Katherine Waterston (who does a solid Ripley, but not Ripley, turn); the rest of the human characters are duds. Characters die and you’ll struggle to remember if you ever met them along the way. It’s a very odd symptom of modern blockbuster screenwriting, and Alien Covenant sorely misses the supporting cast of old. How it would benefit from its own version of a Dallas, a Parker, a Kane, a Hicks, a Hudson, or a Vasquez.

The film’s final act attempts to up the ante but can’t be saved by a lacklustre and uninspired finale that really does show that Fox had one eye firmly on the safe parody of The Force Awakens. 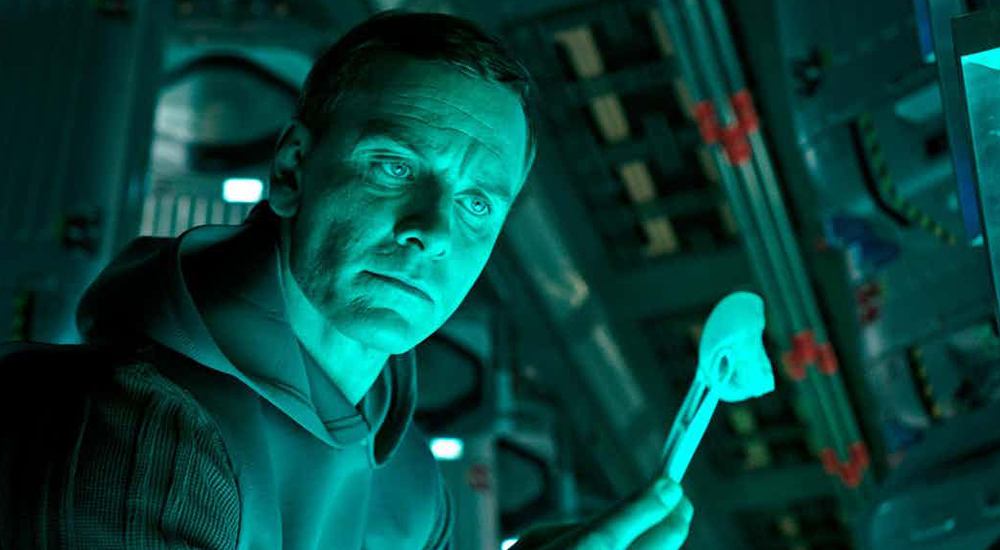 In the end Alien Covenant leaves us with more questions than answers.

It’s admirable that Scott and co. are attempting to inject new life and meaning into the franchise, but so far it’s an awkward union. The end result is a muddled movie that’s not Alien, not Prometheus, and not The Force Awakens. And it’s ironic that in a movie where themes of genetic splicing and tinkering are paramount, it’s the film’s own DNA strands that never birth a whole.

At the very least however, this is 100% a Ridley Scott film, and the director once again proves what a dab-hand he is at sci-fi. The planet production design and cinematography are beautiful (if all very Earth-like) and during its best and most intense moments, Scott again proves what a master filmmaker he is.

A muddled but solid 3 out 5, just enough to make you want more.

Alien Covenant opens across Canada on May 18, is rated R, and is 123 minutes long.