Every director, actor, painter, or even dancer starts somewhere but when all the schooling and training is done, the grim realities slap most artists in the face. Making a career out of your artistic passion can be the most difficult thing to accomplish. In some ways that alone has become an art.

Independent films are everywhere and for filmmakers to break through the noise, they sometimes need a pot of gold, a solid script and a crap load of luck. Some great examples are Kevin Smith’s 1994 Clerks, or Mike Clattenberg’s Trailer Park Boys. They all took a chance and found that their little Indie gems struck enough of a chord with audiences that they created fantastic opportunities for bigger and better things. 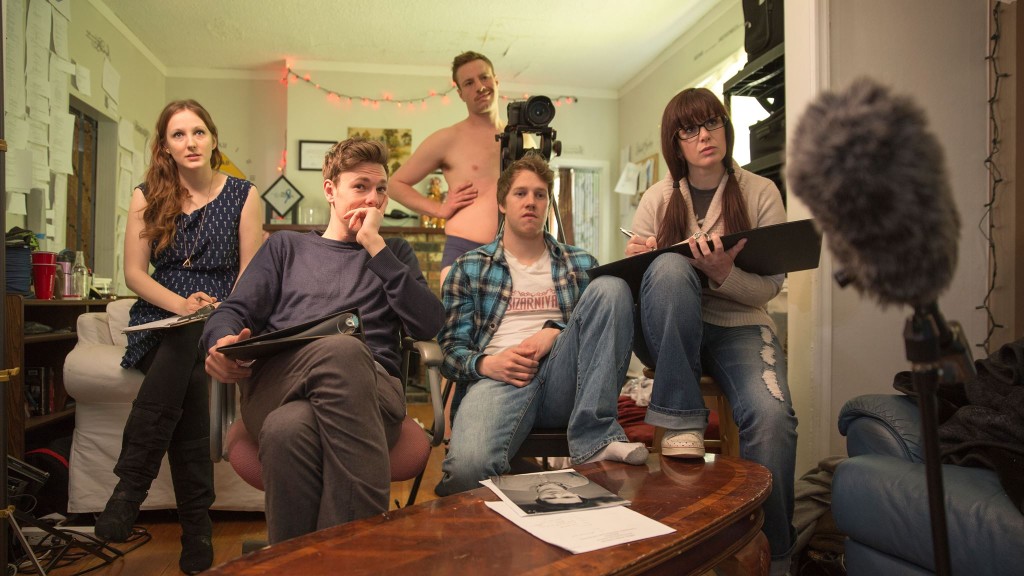 Local indie After Film School portrays the “kick in the balls” reality of what most film students across Canada face when it comes to finding work in the industry. Shot in Vancouver on a shoe string budget of $5000 and with the help of family and friends, director Joel Ashton McCarthy brought his controversial feature film to the Whistler Film Festival.

McCarthy, who is best known for his award winning documentary Taking My Parents To Burning Man, brings us his first feature length narrative project about a bunch of former film students shooting their first feature film. Oh wait it gets better.

It’s like a movie within a movie, within a movie. Christopher Nolan would be proud. The official synopsis reads as follows: After Film School paints a brash and accurate portrait of the state of postgraduate millennials; it’s shocking and offensive, yet hilariously relatable. A year after graduating from film school, Adam Baxter, the film’s anti­hero, thought he’d be making Hollywood blockbusters, but instead found himself broke and jobless.

When his roommate, Maximus, the only one in his class seeing post­-graduation success, commits suicide, Adam sees opportunity for fame and fortune in his dead friend’s final script. Relying on sympathy donations, Adam gathers a rag­tag team of unemployed film grads to produce Max’s script. Adam then decides to turn Max’s painfully suicidal script into a comedy musical romp titled ‘High School Shooting The Musical’. 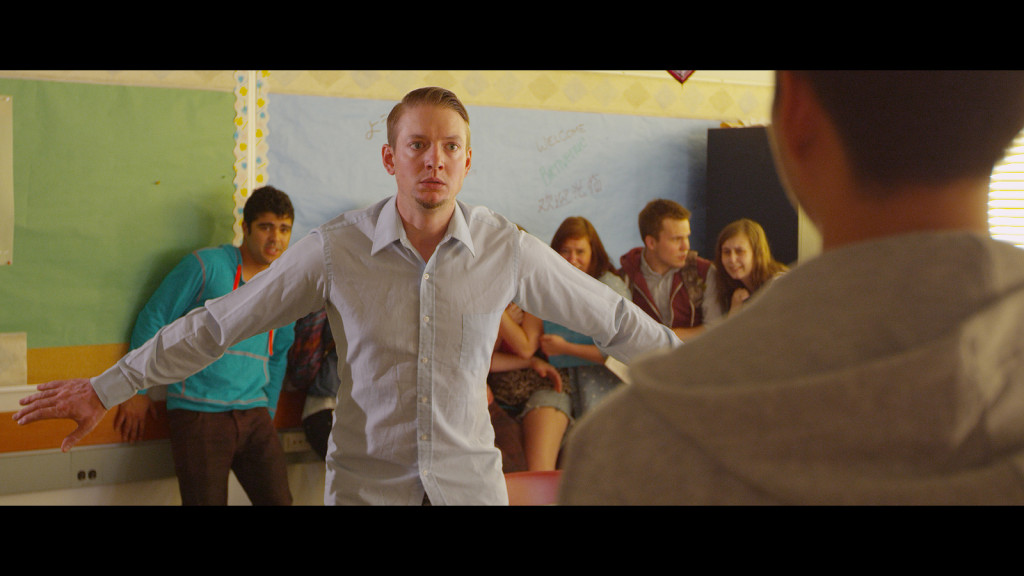 Yes you read that correctly. High School Shooting: The Musical. It is not only crude, shocking and offensive, but it is utterly and completely hilarious. Okay there is nothing funny about school shootings, but a mockumentary about someone trying to make a film about one certainly is.

McCarthy explains the hidden meaning behind it all.

“The overall message of the film is to try hard to reach for your dreams. Okay that sounds a bit cheesy but these days, especially in Canadian film, it can be hard to break into the industry when you have no money and no experience. It’s for that reason that we wanted to shock people and grab their attention by focusing on a controversial topic. We also wanted to say something about the new generation of filmmakers and the struggles that we go through trying to make something that we think is relatable and interesting to watch.”

Oh, it’s interesting all right. After spending a few years of learning conventional film making at Capilano University, McCarthy and his own rag-tag film crew, threw all of that knowledge to the wind and shot the project using natural light and a Canon 5D mkiii. By doing that, they created a gritty, documentary style type film but with some hilarious musical numbers about nonsensical violence and Jesus Christ thrown in for good measure. 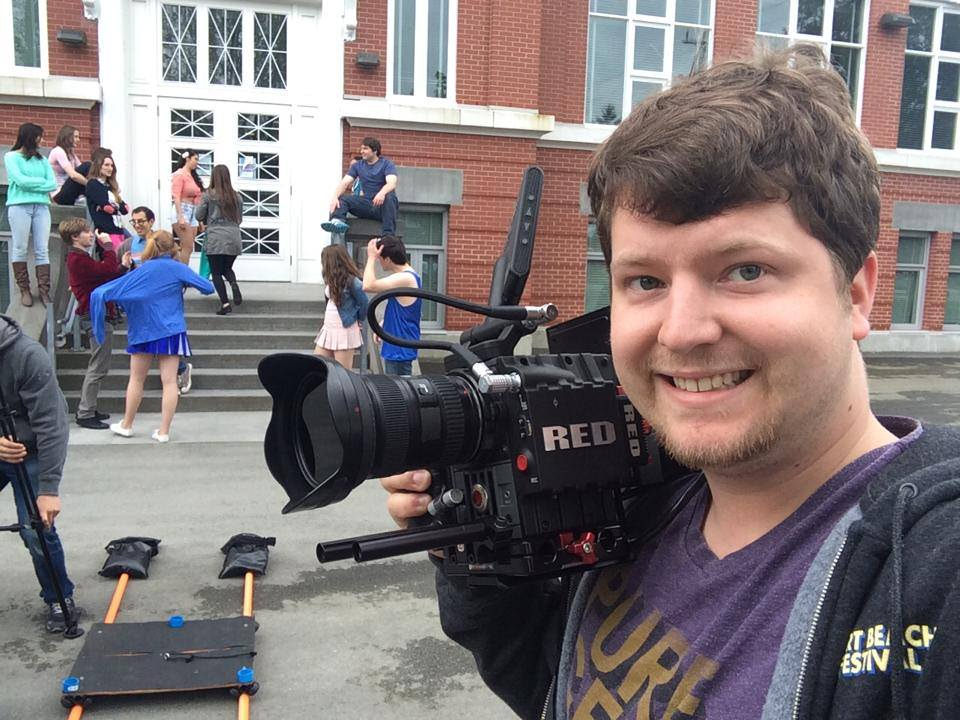 Overall the film was paced reasonably well, and the acting was believable enough to handle the satire. After Film School doesn’t glorify the violence but instead uses it to send a message that there are starving artists out there that want to be noticed because they have good ideas. Except for Casey Margolis, who plays himself in the film, that guy seems to be full of the bad ideas.

Hollywood can recycle crap, steal from other countries, and continue this exercise of not having any original to say, but there are artists out there that do have something to showcase that actually do have some substance.

In the end, After Film School is a funny flick where I found myself wondering if it could be made into a television series in the same vein as the popular Canadian mockumentary Trailer Park Boys.

The writing is smart enough and the whole point of submitting these films to festivals is to show that there is some talent out there that can bring fantastic ideas to the screen. McCarthy shows that he can create funny, it would be great to see what he can do if he was given a bigger…er…much bigger budget.

A comedic television series about aspiring Canadian filmmakers trying to make it, could be a hit, but only on a platform that would allow McCarthy to play and continue to push the boundaries. Dark humour is not for everyone, but when it works it doesn’t matter if the film cost five thousand dollars or five hundred million dollars, funny is funny.

Overall the film was enjoyable and local actor Bruce Novakowski, who played Adam Baxter, was able to handle the content with some nice comedic timing. It will be fascinating to see the overall reception of the film amongst critics alike, but if you are into supporting local independent film makers, check out After Film School which is creating some buzz for all the right reasons.

After Film School will premiere Friday December 5th at 7:00 p.m. PST at Millenium Place as part of the Whistler Film Festival. The film will be made available online at 8:30 p.m. PST for $9.95 as part of the First Weekend Club’s and National Film board of Canada’s VOD (video on demand) service platform.

I give the film 2.5 out of 5 raindrops but it’s hard to critique a low budget labour of love that included one hundred fifty Vancouver-based volunteers. I feel dirty now.

The film is definitely worth checking out and the raindrops really mean nothing for a film like this. I just want to see Joel McCarthy continue to make courageous and funny films. This is a guy to keep an eye on until he takes his talent to the United States where he could actually make some damn money.