Action Point struggles to find the delicate balance between intriguing comedic story and over-the-top stunts. The film never quite commits to either one and ultimately ends up failing at both.

It’s been almost 20 years since Johnny Knoxville attempted his first stunt for Jackass, and he’s still up to his antics of self-inflicting pain. However unlike his last feature, Bad Grandpa, Knoxville attempts to build a stronger story with Action Point and at least on the surface creates an idea that stunts would seem to serve. 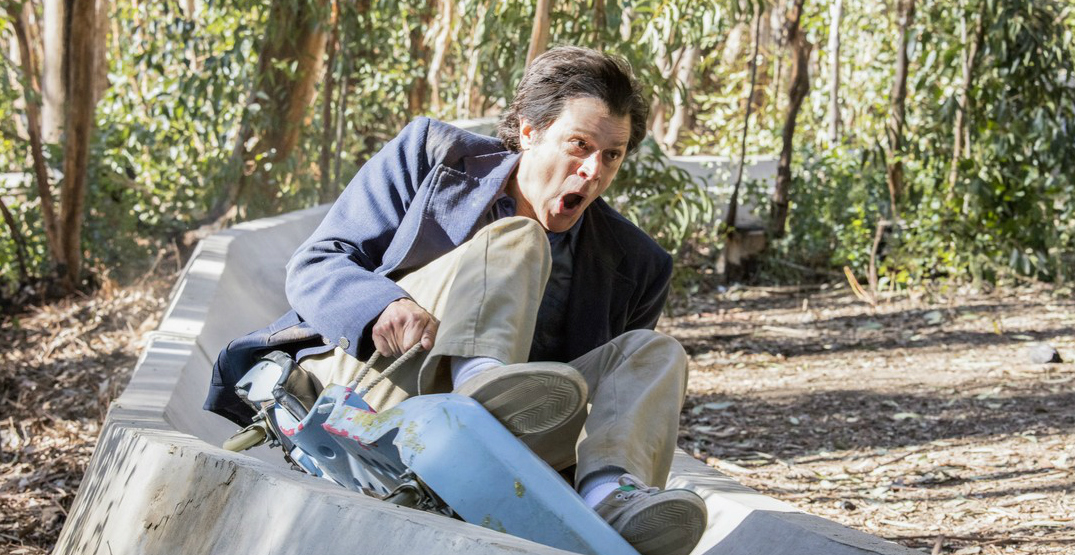 D.C. (played by Knoxville) is a crackpot amusement park owner down on his luck and trying to reconnect with his daughter. After a corporate mega-park opens up down the road, D.C. is forced to morph his already rickety, outdated park into a stunt-filled safety hazard of fun.

The film opens with D.C. as an old man, telling his grandaughter the family story of his amusement park. This plot device of a story within a story can be quite successful, like in The Princess Bride or Adaptation. However in Action Point, this plot device comes off as unnecessary and merely a reason for Knoxville to put on his old man makeup again.

There is a scene in Action Point, when D.C. is testing out adjustments made to an old ride. He speeds down a track until he eventually flies off the edge and, in classic Jackass fashion, smashes into the ground (resulting in a real-life concussion and almost losing his eye). This moment seems to have more twists and turns than the film ever even attempts to have. 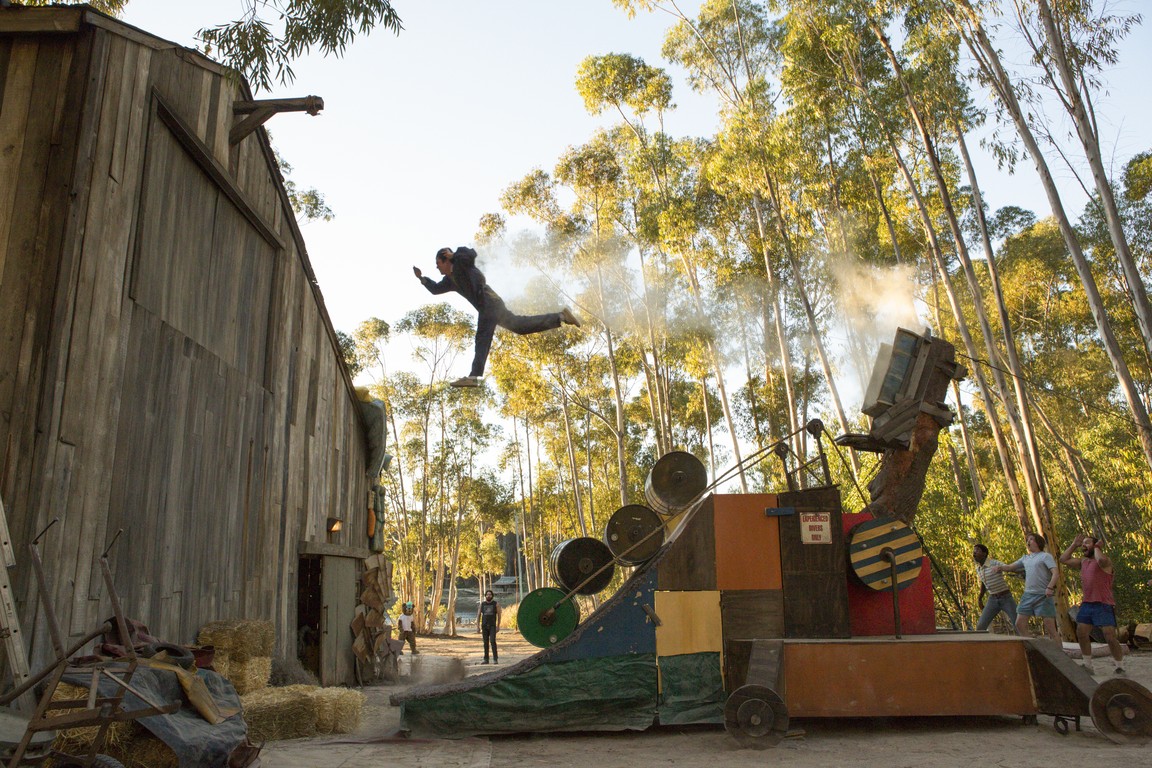 The script is cliché and struggles to find any moment that can’t be predicted long before it reaches a conclusion. All of the movie’s moments of conflict never seem to play out beyond the scenes they take place in; there’s never any heavy consequences for any characters. Knowing that he makes it out fine, with the bookend plot device, the story’s outcome never seems in doubt.

Some would argue that a film like this doesn’t need to have a strong story to succeed and can rely on the stunts alone for the comedy. The premise sets up the audience perfectly for a slew of stunts.

An old, rundown amusement park is the prime setting for Knoxville’s brand of body-crunching comedy. Yet the film fails to capitalize on this great set up and never delivers on its full stunting potential. 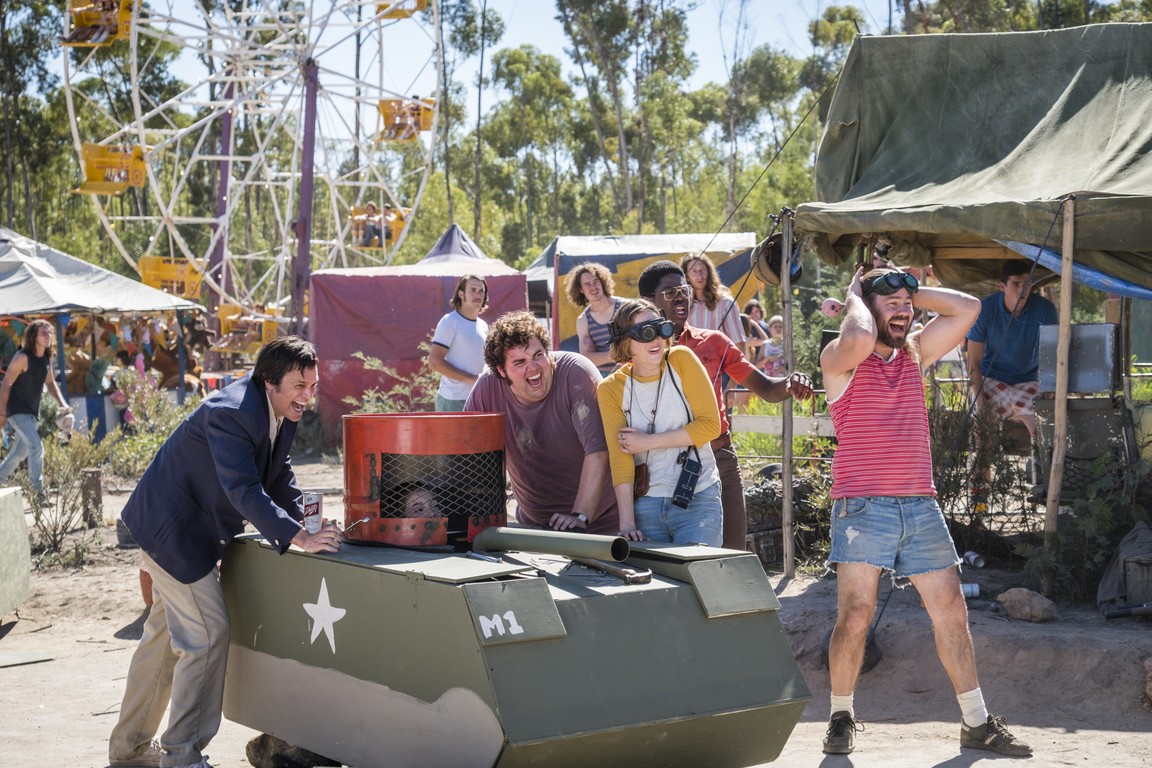 There was never any nods or winks to the camera, or breaking of the 4th wall, which did help serve the ridiculousness of the story. The stunts, albeit tamer and less intense than prior Jackass films, still worked within the concept of the story. There were just not enough to get excited about. Just watch the trailer and you can see all the big ones.

While some other characters take a shot to the groin, or an awkward tumble, Knoxville takes the brunt of the heavy stunts. And there certainly does seem to be something sad about watching a 40-something year old man bust up his already-busted-up body for a couple of mediocre laughs.

Action Point falls flat with a 1 out of 5.