The war film 12 Strong is “based on a true story” so leave it up to Hollywood to F it up.

‘Tis the season when Hollywood pushes their new Navy SEALs, Green Berets, and CIA propaganda films. It’s been a while since we’ve seen a good war film that doesn’t make me feel like I need to stand up in a theatre and pledge allegiance to the American flag. Lately, these types of shallow films have all started to feel like expensive military recruiting videos instead of thoughtful stories with characters to care about. 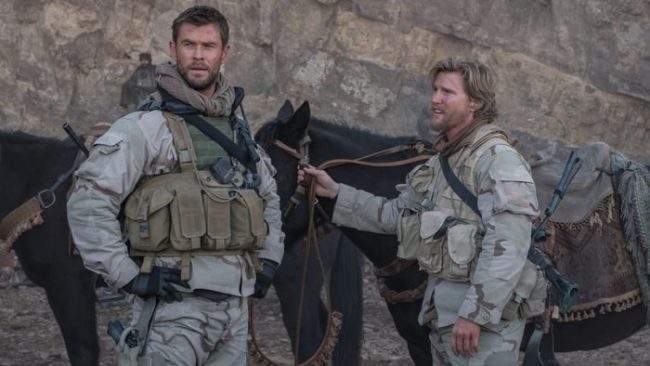 Don’t get me wrong, I love a good wartime flick and the more tanks, bombs, and guns the better, but after 2016’s 13 Hours and now 12 Strong, what is Hollywood’s fascination with numbers in their titles? And why can’t they put the same amount of care into character development as they do making sure the battle scenes look as authentic as possible?

Of course, a movie of this ilk is produced by Jerry Bruckheimer who has made a career of putting out things that go boom on screen. He tapped Nicolai Fuglsig as director, a man once worked as a photojournalist and began his career covering radioactive pollution in Kosovo – so maybe it’s fitting that he got to direct this movie. 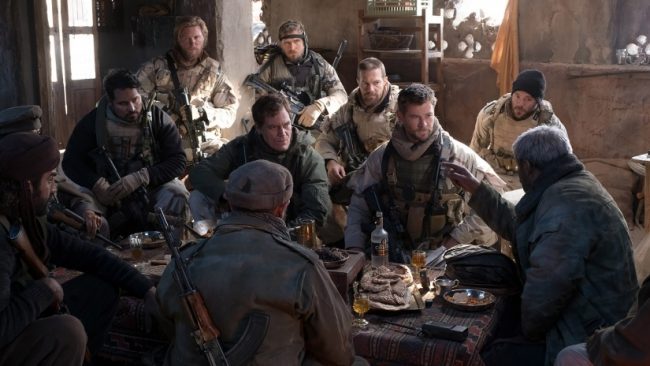 Think about every wartime action film cliché or convention we have seen on screen and cram it into a LONG 129 minutes, and you have 12 Strong. Now add Chris Hemsworth, Michael Shannon, Michael Pena, and Trevante Rhodes (Moonlight) to the mix and you would think those kinds of acting chops alone could save us from the flag-waving, Hooah, God bless America drivel on screen, but they don’t. In fact, those fine actors don’t even get a chance to really bring anything to the story and that’s the travesty in all of this.

It’s a very heroic and amazing mission based upon Doug Stanton’s 2009 book “Horse Soldiers,” about twelve Green Berets who are sent to Afghanistan just after the twin towers were blasted by planes on 9/11.

The soldiers are secretly air dropped in the northern mountain passes where they fight alongside a warlord named Gen. Abdul Rashid Dostum (Navid Negahban), a key leader in Afghanistan’s anti-Taliban Northern Alliance.

This extremely dangerous mission is called Task Force Dagger and the small band of American soldiers must fight on horseback alongside other Afghan fighters and deploy high-tech weaponry to fight their way through thousands of Al-Qaeda-Taliban fighters to the strategically positioned city of Mazar-i-Sharif.

It’s an incredible mission that deserved a better retelling. 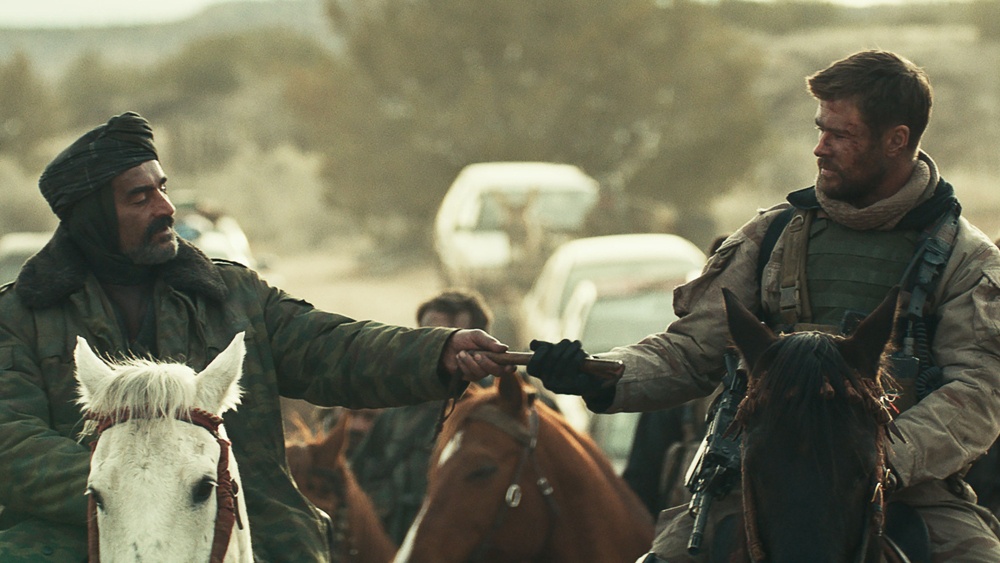 Chris Hemsworth plays Captain Nelson and does his best with the script he’s given but essentially he’s Thor with a machine gun and a Kentucky accent. He most definitely has the natural charm and charisma to pull a character like this off, but unfortunately, they don’t give him enough substance to work with. Same goes with Navid Negahban who probably gave the best performance in the film as Gen. Dostum. His time on screen made me want to know more about the philosophical War Lord he played and Afghan fighters he commanded. But they are pretty much nothing more than glorified extras.

As for the rest of the A-list cast, they virtually have nothing to do besides act tough and provide strained banter. You had freakin’ Michael Shannon! Yet all these actors got was piss poor dialogue that amounted to nothing more than bravado filler.

How can you care about what is actually a pretty amazing military operation if you don’t give a damn about the people involved? There was humanity on the American and Afghan sides that could have been explored further but the film decided to be superficial and 2-dimensional rather than poignant and heroic. 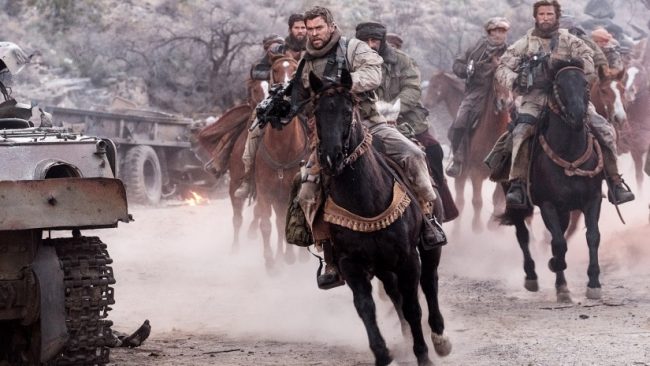 In the end, this is a pretty unremarkable film about a remarkable true story. It’s entertaining enough but it had so much potential to better and brings nothing to the genre. It gets an average 3 out of 5 from me.

Side note: If you want to see a great wartime/western flick, check out the small gem Hostiles with Christian Bale out in theatres now.

Playing at a theatre near you. Rated R (for war violence and language throughout). 129 minutes