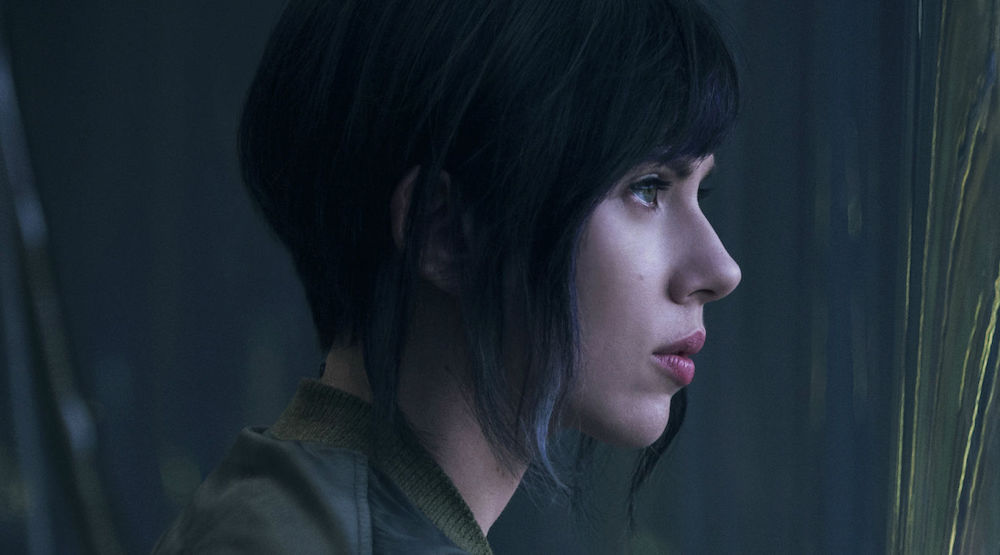 Summer may seem like a lifetime away but that doesn’t mean 2017’s blockbuster season can’t get an early start.

King Kong is back, Ryan Reynolds heads into space, and Scarlett Johansson plays a cyborg. What could go wrong? We preview March’s most anticipated movies.

After 17 years, Hugh Jackman is finally ready to retire his adamantium claws in a brooding and violent swan song. Set in the near future, Wolverine is caring for an ailing Professor X when a mysterious mutant, being pursued by sinister forces, arrives to slice up some bad guys. Chock-full of graphic violence, loaded with coarse language, and containing a decidedly dark tone, this flick is sure to be unlike anything X-Men fans have seen before and should result in a proper send-off for the iconic character.

Who doesn’t love a giant ape taking on gargantuan reptilian monsters? In the latest creature feature reboot, a star-studded ensemble – including Tom Hiddleston, Oscar-winner Brie Larson, and perpetual badass Samuel L. Jackson – travel to an uncharted island and stumble upon the mythical King Kong (who made his Hollywood debut in 1933) and a host of other baddies. With an emphasis on epic beast battles, campy humour, and a diverse cast, Skull Island may provide popcorn escapism and possibly hint at a future showdown with none other than Godzilla himself.

Beauty and the Beast

The Disney live action remake train barrels along with the reimagining of a timeless classic. Dreamgirls director Bill Condon takes the helm with Harry Potter alum Emma Watson playing Belle, Luke Evans as the overbearing Gaston, and Downton Abbey’s Dan Stevens portraying the Beast. Though many are worried this version will be a virtual carbon copy of the animated 1991 Best Picture Oscar nominee (and inheriting all of its Stockholm Syndrome dynamics), Beauty and the Beast should delight legions of adoring fans. The movie also boasts the studio’s apparently first openly gay storyline from Josh Gad’s character LeFou.

Goon: The Last of the Enforcers

Arguably the most shocking film to ever come out of Scotland, Trainspotting launched the careers of several notable actors and resurrected an Iggy Pop rock anthem. Now it gets a long-awaited follow-up. Many years later, the original gang is back after Ewan McGregor’s Renton returns home to reunite with his former friends and debauchery ensues once again. 1996’s Trainspotting defined a generation and was a pop cultural touchstone but it remains to be seen if today’s audiences will still have that same lust for life.

Space can be scary but it’s not as bad when Ryan Reynolds, Jake Gyllenhaal, and Rebecca Ferguson are along for the ride, right? WRONG! Unfortunately, in this spooky sci-fi thriller, an International Space Station crew discovers a microscopic extraterrestrial on Mars. Oh, the joys of life. But, events quickly turn terrifying as the movie looks to provide plenty of claustrophobic jump scares and interstellar dread. A strong ensemble cast and a script from the writers of Deadpool provide a level of intrigue for this white-knuckler as well.

If you were a teen in the 90s, chances are your afternoon routine consisted of plunking down on the couch and catching up on the latest acid trip that was Mighty Morphin Power Rangers. A group of youngsters is recruited and imbued with superpowers to save their town from the evil witch Rita Repulsa and her horde of monsters. This modern reboot dispenses with most of the general campiness in favour of a somewhat grittier and slicker version. It also stars Elizabeth Banks as Repulsa and Bryan Cranston as a giant head, features an adorable robot, and was mostly shot in Steveston, B.C.

Few people will recall the American TV police drama from the late 70s but the hit show is getting a comedic big screen makeover. Dax Shepard and Michael Peña team up as pair of California Highway Patrol officers making the rounds. The movie also stars Shepard’s actual wife Kristen Bell and ensures a plethora of R-rated buddy cop gags reminiscent of the Jump Street flicks and this summer’s forthcoming Baywatch adaptation.

Ghost in the Shell

Ghost in the Shell began as a Japanese manga series in 1989 and would eventually become a massive cult property thanks to the animated film version in 1995. Following several other iterations in the cartoon realm, the story of a cyborg policewoman bringing down a computer hacker gets the live action treatment. Starring Scarlett Johansson (an initially controversial casting decision) in the lead, this vibrant flick promises futuristic eye candy but the jury’s still out on whether mainstream audiences will respond at the box office.