Robert Carlyle might consider himself an honourary Vancouverite, but years spent on local sets have hardly softened the actor’s Glaswegian accent. It’s instantly noticeable from the beginning lines of Carlyle’s directorial debut, The Legend of Barney Thomson, which opened in Canadian theatres this past weekend. The indie flick has been called “a modern day Sweeney Todd” by Variety, and features a breakout performance by Emma Thompson.

Vancity Buzz spoke to Carlyle about Barney Thomson, indie flick directing challenges, and the many Vancouver connections in his life.

I read that you had turned down the role of Barney quite a few times in the past. Why did you end up selecting this script for your directorial debut?

I knew there was something there, but it wasn’t quite right for me, you know? I said, “What we’ve got to do is to rewrite Barney into the Glasgow perspective.” I discovered that the screenwriter, Richard Cowan, was actually from Vancouver and thought, “Ah, that makes sense.” It didn’t have that particular kind of Glasgow gallows humour.

So I took it to a friend of mine, Glaswegian writer Colin McLaren, and over the next eighteen months, we sat down and put together what you eventually saw on screen. As that process continued, it seemed obvious that I was the one who should direct this thing, because I knew it so well by then. Barney Thomson is such a terrific character to play; he’s very reactive. It seemed to be the perfect place to do both – I could get away with directing and being in it at the same time. 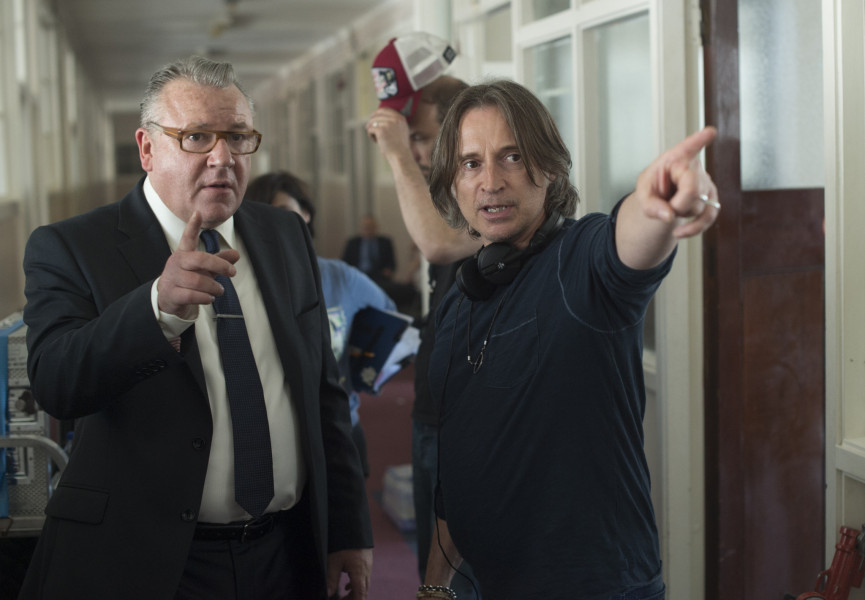 I’m not quite sure what happens on set when you’re both acting and directing in the same movie. What was that process like for you?

Well, it’s twice the work. [laughs] That’s for sure. The most important thing is that you have to have a ‘second Barney.’ I had a very good actor, a young friend of mine, commandeer Barney for me. He had the chance to rehearse with the likes Emma Thompson and Ray Winstone, so he grabbed the chance and learned all of my lines.

You’re not completely new to the directing space. You had previously directed an episode of SGU Star Gate Universe?

Indeed, yes. Also I had previously directed for six years in a theatre, back home in Scotland. It was before I had done any major film roles at all. Directing was what I had originally set out to do in my life. Then suddenly all the film stuff happened. Going back to directing is like revisiting an old friend, and interestingly enough, some of the background cast were part of my old theatre company. I’ve worked with a lot of these boys back in the day in Scotland, so it was nice to get back together with the old gang. 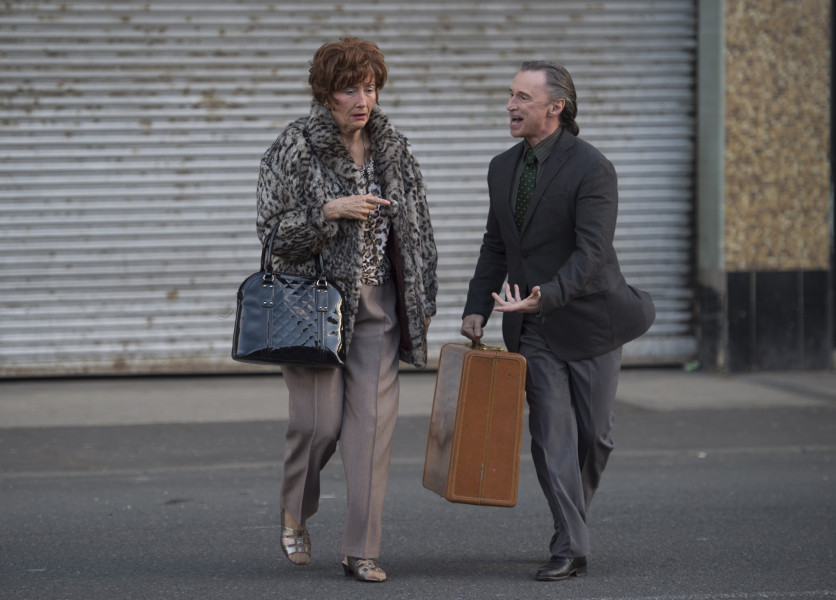 In hindsight, are there any things you would go back and do over for this film?

No, I don’t think so. I don’t think you can, with film you’ve got to say, “That’s it!” No point in looking back, thinking, “I wish I had done this or done that.” Anything you wish you could have done probably would have demanded more money, and the budget was the budget. We shot Barney in about five and a half weeks. When you’re working with low-budget, indie-type films, it sharpens the mind. You can’t be meandering off on stupid ideas.

Barney’s script and story are quite old-fashioned. I deliberately shot that way – very few steady-cams, dollies or tracks. A lot of the shots are square to the camera. That’s what comes through, when you don’t have that much money. You can actually make something own that, and in doing so the film took on its own unique qualities.

Your square-on directing style seems to be very much a part of your own personality. Is that fair to say?

[laughs] That’s interesting, I hadn’t thought of that. I think that’s right – straight on. So yes. 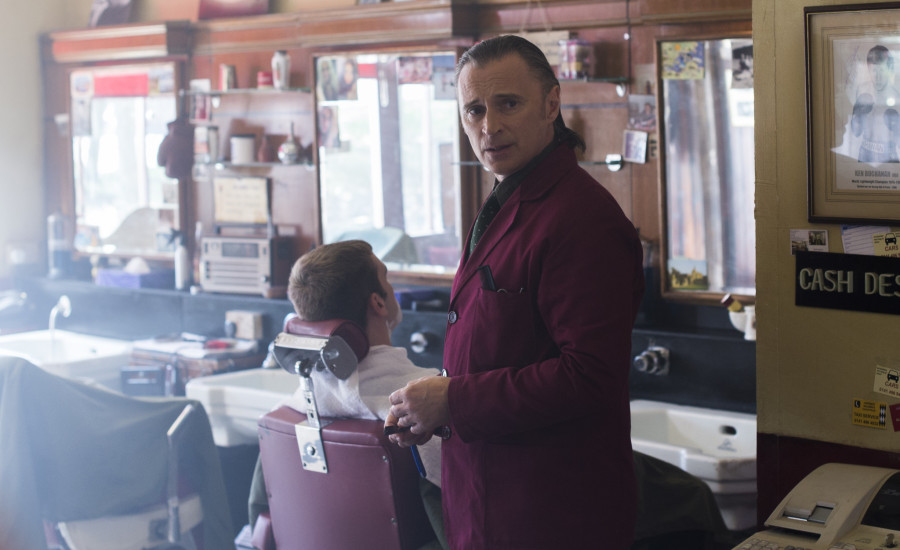 Now that you’ve spent a fair amount of time in Vancouver as Rumplestiltskin (Once Upon a Time), what does this city mean to you?

I love Vancouver. I’ve been here now, on and off, for seven years [on TV shows including Once Upon a Time]. I think I’m an honourary Vancouverite. The weather doesn’t bother me, even if it rains more than in Glasgow. When you go down to the States, you constantly have to explain where you’re from. They can understand me a lot easier in Vancouver, and they don’t need subtitles. I’ve been blessed to have found jobs that have taken me to this part of the world.

Barney had its premiere at Whistler Film Festival last year. What was the reception like at the festival?

I can’t tell you how pleased I was, because you don’t know what to expect. It’s a very Glasgow-style movie – it’s in your face. You’re never sure how that’s going to play with the audience. Films from the UK – some of them worked incredibly well, and others have bombed. I was nervous about that, obviously.

The reaction I heard from the audience blew me away – they were laughing as much in Glasgow. I’m hopeful that this will continue into the general release at cinemas this month.

Canadians will fully appreciate how self-deprecating Robert Carlyle is when discussing his first feature, finishing off the chat on a modest plea: “Please enjoy the film. Go and see it, tell everyone to go see it.” The return to his first love of directing runs parallel to Carlyle’s thriving acting career, which includes a reoccurring role on Once Upon a Time, and an as-of-yet-untitled Trainspotting sequel set to be released next year.

The Legend of Barney Thomson opened last Friday in Vancouver and Toronto, and will expand to other Canadian cities.