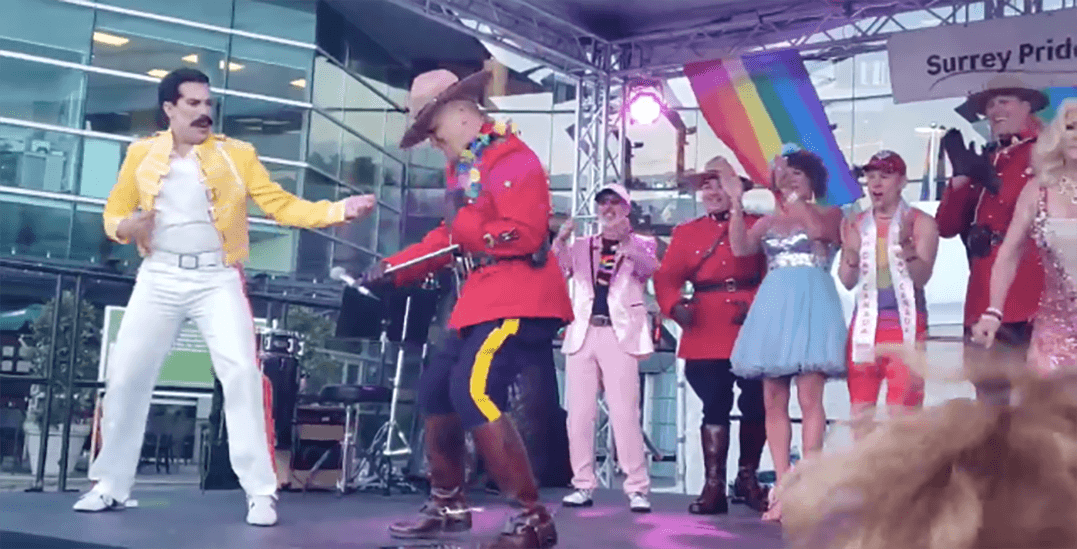 There’s no need for this Mountie to quit her day job, but if she ever did, she might have a second calling as an on-stage performer.

Over the past weekend, the 20th Anniversary of the Surrey Pride Festival took place at Central City’s Outdoor Plaza.

Amongst the festivities, one Mountie decided to go the extra mile and put on their dancing shoes.

Since being shared, the video has received nearly 14,000 views.

We think she put on a stellar performance — but you can decide that for yourself.