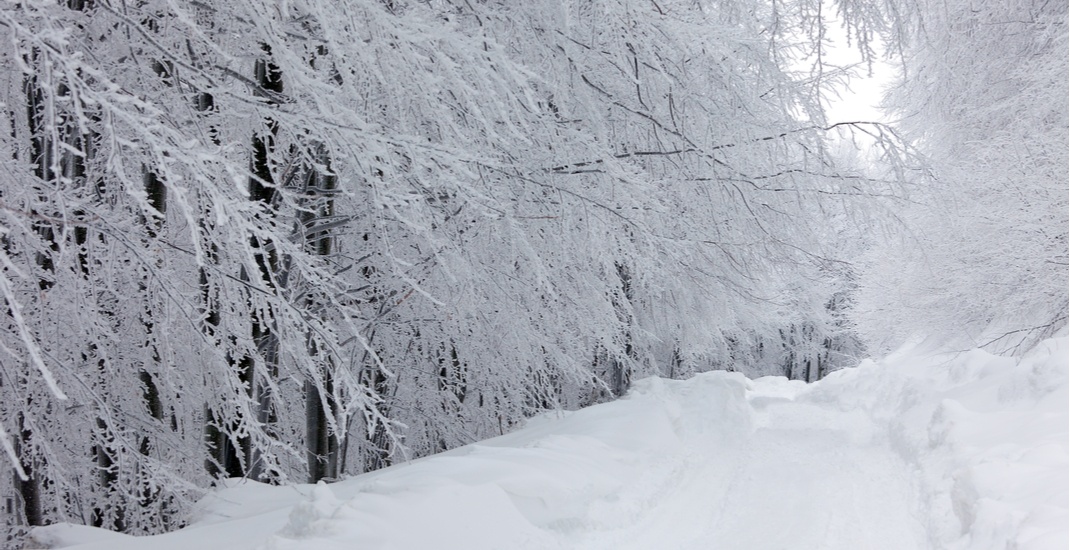 Parts of BC will receive some of the biggest snowfall accumulations on the planet over the next few days.

According to The Weather Network, a low-pressure system brewing to the west of Vancouver Island could dump up to 200 cm of snow on the highest terrain of the coastal mountains. 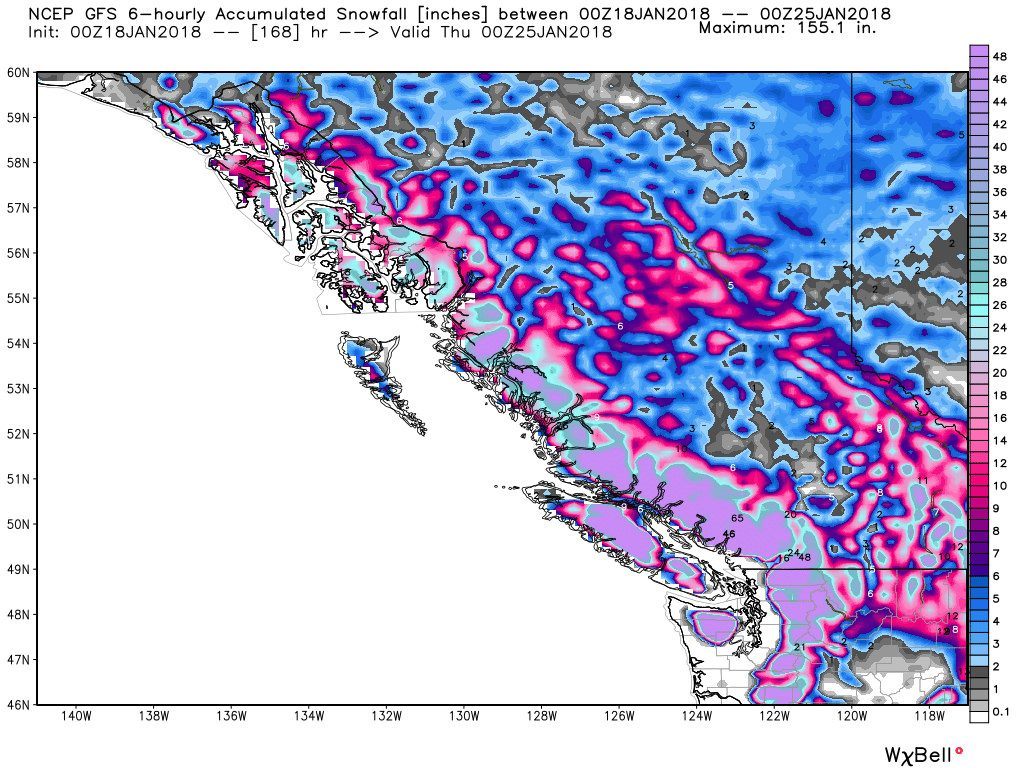 On this map, parts of the province showing lighter purple will be hit with the most snow.

“Colours like the purples shown above indicate the probability of exceeding approximately 100 cm of snow over the next week,” said The Weather Network.

Over the next 5 days, the most snow on the planet will fall in the Pacific Northwest. Accumulations on the Coastal Mountains may approach 200 cm. @weathernetwork pic.twitter.com/96FBYPB63l

Whistler, Squamish, and most of northern BC and Vancouver Island will be hit hard by the storm. However, conditions for Vancouver will remain mild and rainy.

If you’re looking for a weekend getaway to the island or Whistler that isn’t snow related, it’s probably best to rethink those plans!