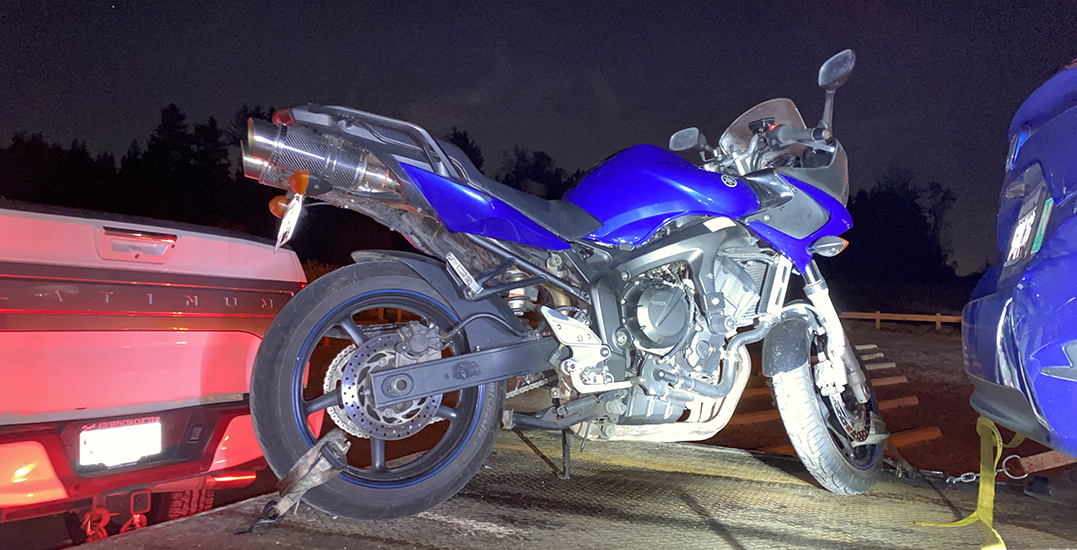 A motorcyclist in Surrey was issued a hefty fine after going quadruple the posted speed limit.

Police say that on November 1, just after 4:30 pm, a traffic officer saw “a motorcycle driving toward him at a high rate of speed” on the 13800 blocks of Colebrook Road in Surrey.

According to the Surrey RCMP, the motorist was clocked going over 200 km/h — more than four times the 50 km/h speed limit.

The RCMP says that the driver “bragged to a witness on scene” that their speed was “closer to 210 km/h.”

When you’re clocked on Colebrook Road doing + 200 km/h and you brag to a witness on scene it was closer to 210 km/h. Give your head a shake. #Impounded thanks to one of our Traffic officer’s that was able to stop this motorcycle before a tragedy occurred. pic.twitter.com/i8qSJ1iP3i

The driver was issued a $483 ticket for excessive speeding and had their motorcycle impounded for seven days.

“It’s fortunate that no one was seriously injured as a result of the driver’s dangerous driving behaviour.”