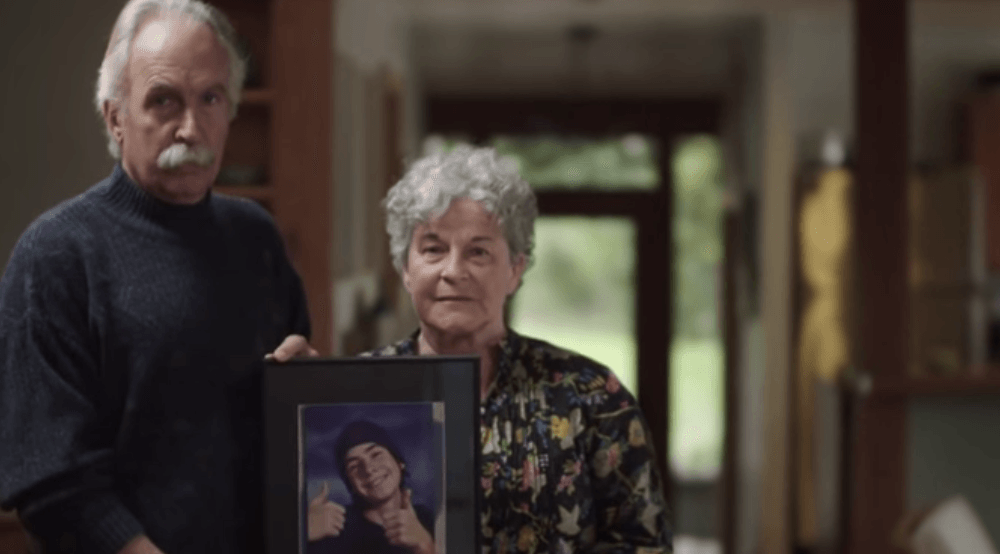 According to the latest report released by the BC Coroners Service, opioid-related deaths in the province remain at an all-time high.

Fentanyl remains a major contributor to the high number of overdose deaths in the province. From January 1 to July 31, 2016, there were a total of 264 deaths in which fentanyl was detected – that’s about 60% of all deaths related to illicit drugs.

That amount is over triple the number of fentanyl-detected deaths for the same period last year. Indeed, the problem is so severe that BC’s chief health officer, Dr Perry Kendall, declared the overdose crisis a public health emergency.

For Leslie McBain, Helen Jennens, and Sandra Tully the emergency is personal. These women understand just how devastating addiction can be, because they have seen it destroy their children’s lives firsthand.

Their experiences reveal the personal tragedies behind the statistics.

But the women are also using their own experiences to make a change. They are members of an organization called Moms Stop the Harm – a network of Canadian mothers who have all lost their children to drug misuse and are now joining together to advocate for drug policy reform in Canada.

McBain, Jennens, and Tully recently shared their sons’ stories with Daily Hive and their thoughts about the alarming rate of opioid overdoses in BC.

“I have always been an activist for one thing or another,” McBain tells Daily Hive. But little did she know that one day, she would be an activist for drug reform as the founder of Moms Stop the Harm.

“Probably since the summer of 2013, I have been really active in moving the decision-makers towards harm reduction and ending what is now a public health crisis in BC,” she said.

McBain knew that her 25-year-old son Jordan was experimenting with drugs, but when his doctor prescribed him OxyContin for a back injury, he became addicted.

“He was one of those people that should have never been prescribed Oxy,” McBain said.

Throughout Jordan’s addiction, McBain says she and her husband kept communication open with their son.

“People who are addicted always think they are in control of their addiction and (Jordan) knew he was in trouble and came to my husband, Carl, and I and said he had to get into detox. We helped him do that and after that, we found absolutely no support,” she said.

Shortly after this, Jordan relapsed and in 2014, he died of an overdose.

Since then, McBain has become a vocal advocate for drug policy changes in BC and in Canada.

She says the government of BC is doing a “really good job compared to other governments not only across Canada but in the US.”

In April, the province declared a public health emergency after an increased amount of opioid-related deaths.

Since then, the provincial government has planned to open more harm-reduction sites and has committed to establishing a task force to address the opioid crisis.

Thousands of overdose-reversing naloxone kits have also been made widely available to first responders across BC. All ambulance crews in the province and 46 fire departments now carry the kits.

End the war on drugs

But despite the government’s efforts, McBain knows it is only the tip of the iceberg when it comes to solving the overdose crisis.

“(The province) cannot stop fentanyl, they cannot stop people from taking drugs. Recovery is great, but to end this horrendous amount of deaths and the tragedies involved with families… the only solution that is going to work is to end the war on drugs,” she said.

McBain is part of the province’s new public campaign, to help create awareness about the dangers of opioid drugs. For her, the most important thing is to keep the conversation going about this issue.

“The worst thing that can happen to a parent is to lose a child and I have huge empathy for all the moms and dads who have lost children,” she said.

“What I would say to parents of all kids, and I have said this over and over ….start the dialogue, talk about drugs in a way that is conversational, that is not angry, that is not fearful.” 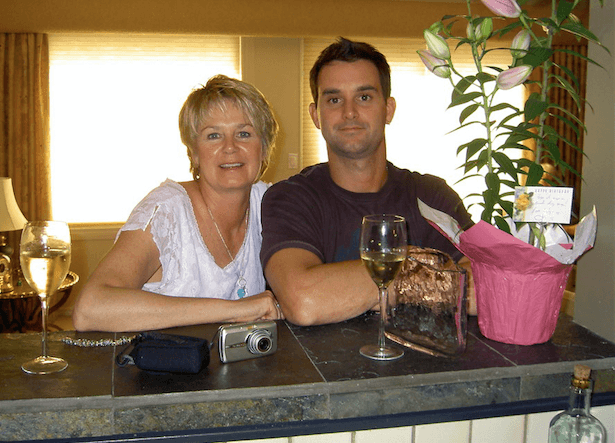 Helen Jennens with her son Tyler. (Moms Stop The Harm)

Helen Jennens has lost two sons to drugs. Her son Rian died in 2011 from a prescription drug overdose.

In January 2016, her youngest son Tyler died at the age of 40 from fentanyl disguised as heroin.

“(Tyler) was prescribed OxyContin in 2009 for a football injury and developed an opioid addiction and quite quickly moved from the prescription drugs to heroin,” Jennens tells Daily Hive.

Like McBain, Jennens said that Tyler kept communication open with his family about his addiction.

“He was actually living with us at home and we were trying to find assistance for him in a way of treatment,” she said.

Tyler was attending recovery meetings and trying to beat his drug habit, but he relapsed. He ended up purchasing what he thought was heroin, but it was pure fentanyl and this led to his death.

For Jennens, losing Tyler to drugs also made her realize what measures are needed to help addicts.

“A dead addict has no chance of recovery, so what you want to do is keep them safe and alive until another day (when) they can make a better choice,” she said.

Jennens believes that harm reduction measures are the most logical to help addicts.

“A drug addict in withdrawal, they are impossible. They are dangerous, they have this drive to use. We can’t make any sense with them so we (need to) get them stable on medically-assisted treatment. And then we can talk about treatment plans to actually get them well,” she said.

“But we can’t have them dropping like flies with no help.” 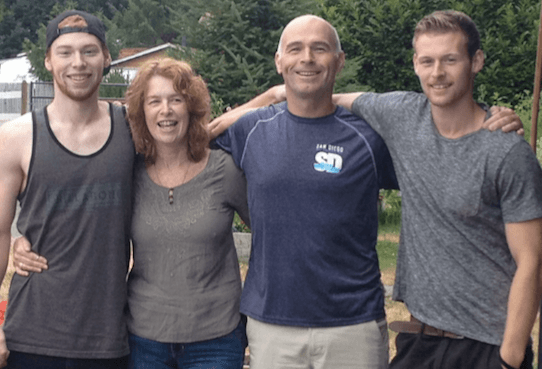 Sandra Tully is still mourning the loss of her 22-year-old son Ryan Pinneo. He passed away on January 20, 2016, from a fentanyl overdose.

“Ryan died from a half pill of what was (fentanyl) pressed into the form of a fake OxyContin pill,” Tully tells Daily Hive.

Prior to his death, Ryan was trying his best to get clean, and had open and honest conversations with his parents about battling addiction.

“He said to me one day, ‘It calls to me all the time, Mom. You just don’t know, every day I struggle,'” Tully said.

‘It was that drug calling him’

Ryan’s death has taught Tully a lot about the complexities of addiction. She says three or four years ago, she may not have been as supportive of harm reduction methods such as safe injection sites, and medically-assisted treatment recovery; but her views have changed drastically.

“I have learned so much,” she said. “So let’s have (addicts) access what will keep them safe and people that can help them and maybe, with a bit of compassion, they will see that there is a way out of this.”

Tully stresses the importance of starting drug education early, talking about addiction in schools and teaching young people about the life-saving naloxone kits.

“Kids feel they are so invincible, we need to start the education early,” she said.

Tully is also a strong advocate for decreasing the stigma around addiction. She believes that stigma hindered Ryan from seeking help because he was afraid to reach out.

“If love could have saved my child he would have been here with me today,” she said. “It wasn’t for the lack of love and holding on to him. It was that drug calling him.”

Many of the members of Moms Stop the Harm have not yet met in person. The group will be holding its inaugural meeting in Summerland, BC, in the coming weeks.

But the group’s membership is increasing, which is a telling sign that the overdose crisis in BC is far from over.

“Unfortunately, even after the International Overdose Awareness Day on August 31, our group grew substantially,” said Tully. “There was like, maybe five or seven of us. Now there are 25 to 30 of us.”

Although these mothers have lost their children, they are turning their personal tragedy into social action.