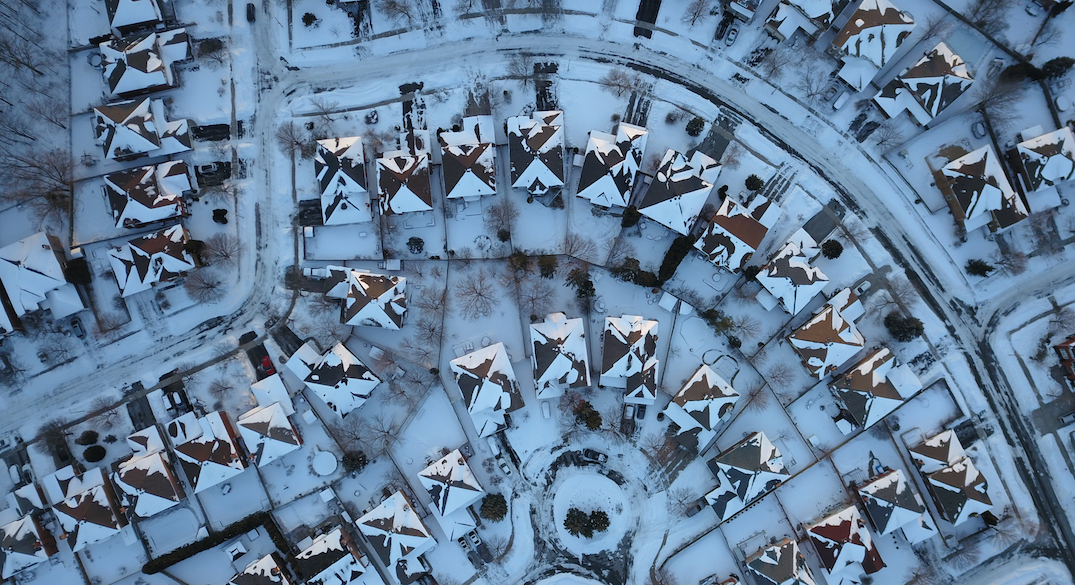 The COVID-19 pandemic has thrown the real estate market into flux, with larger homes in demand as more people work from home during this time.

However, homeownership has become an increasingly difficult commodity in Canada for some time.

According to a recent study by Point 2 Homes, in the last 10 years, the share of income needed to afford housing has gone up exponentially, with monthly mortgage payments becoming a “financial burden” for more people across Canada.

When looking at the 50 most populous cities in the country, incomes are not able to match the surging home prices. The disparity between income and home prices is becoming bigger, creating unaffordable cities — characterized by homeowners spending more than 30% of their income to cover the mortgage.

BC takes up four of the top five spots, with Burnaby in first place, then Richmond, followed by Oakville in Ontario, then Vancouver, and Kelowna.

The top 16 unaffordable cities are: 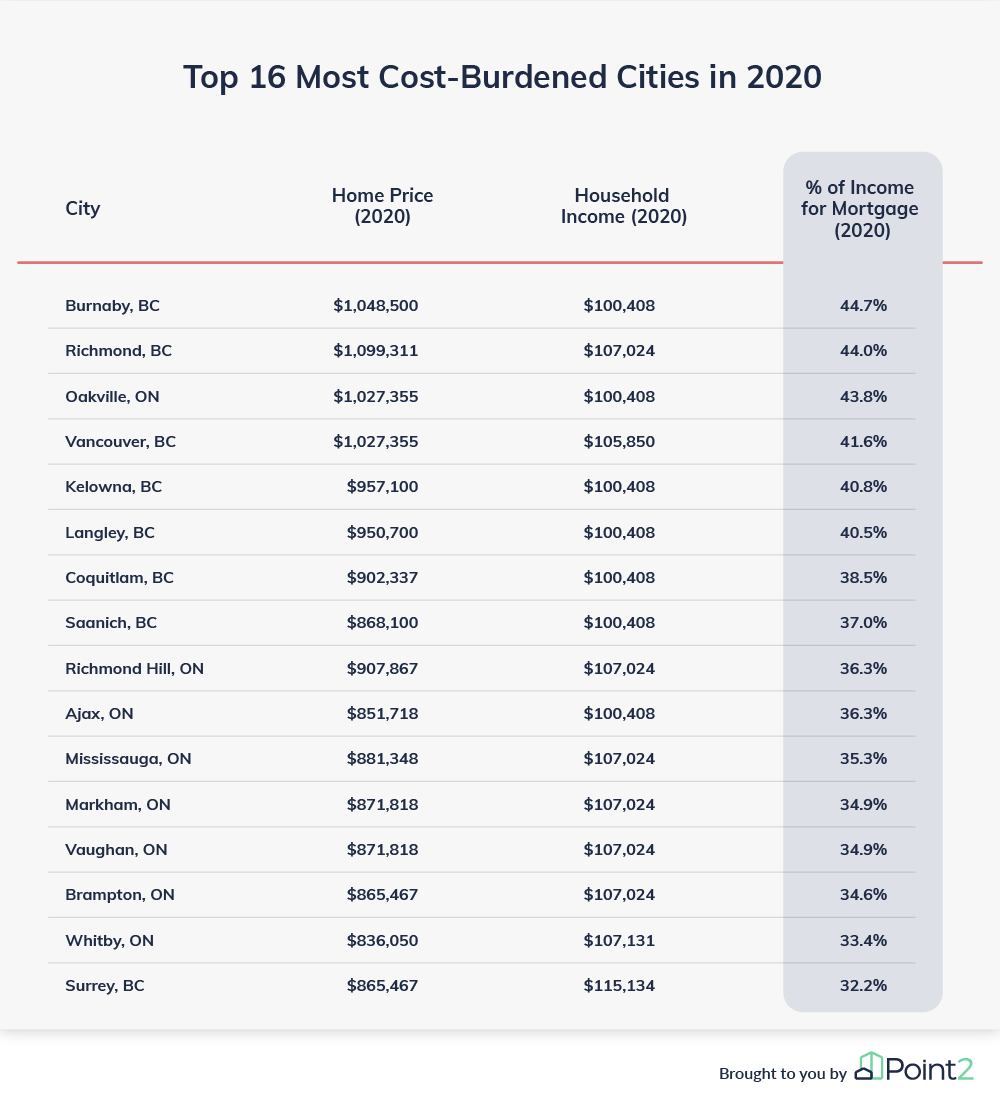 This study also shows that 38 of the cities analyzed experienced “deteriorating mortgage affordability” due to the widening gap of home prices and incomes. Not only did income not keep the pace, but in some cities, wage growth is far behind home price growth.

The city with the most significant household income increase is Edmonton, Alberta. Here, incomes are 53% higher compared to 2010. The other 49 cities included in the study have seen “much more modest wage growth” ranging between 11% and 49%. 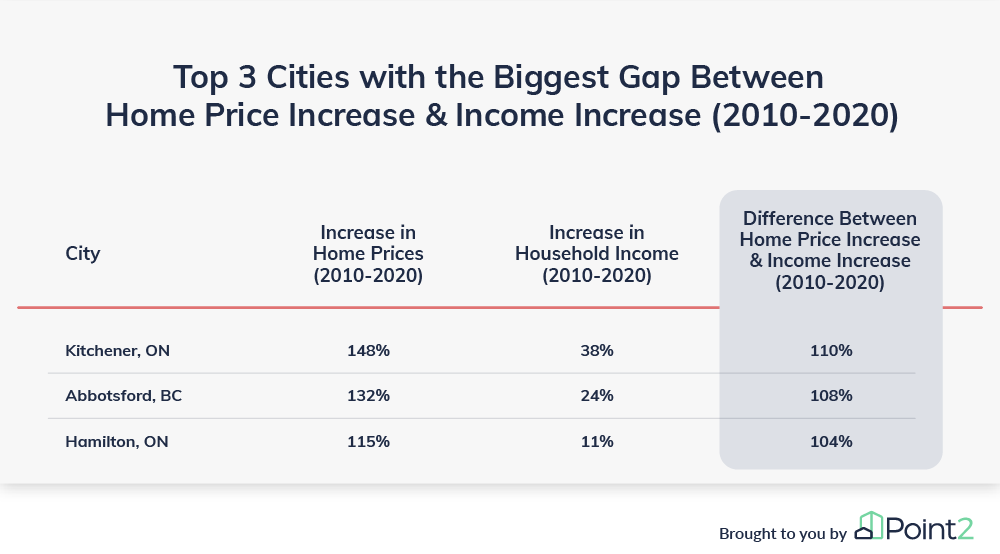 While affordability seems more within reach in the 13 other unaffordable cities, homeowners there who want to cover their mortgage would still need to earn much more than they currently do — from $12,675 and $16,333 more in Toronto and $45,865 in Vancouver.

However, when looking at affordability, Halifax tops the list with the average mortgage taking up 10.8% of the median household income, down from 12.5% in 2015. Rounding out the top three are Windsor and London, both in Ontario. 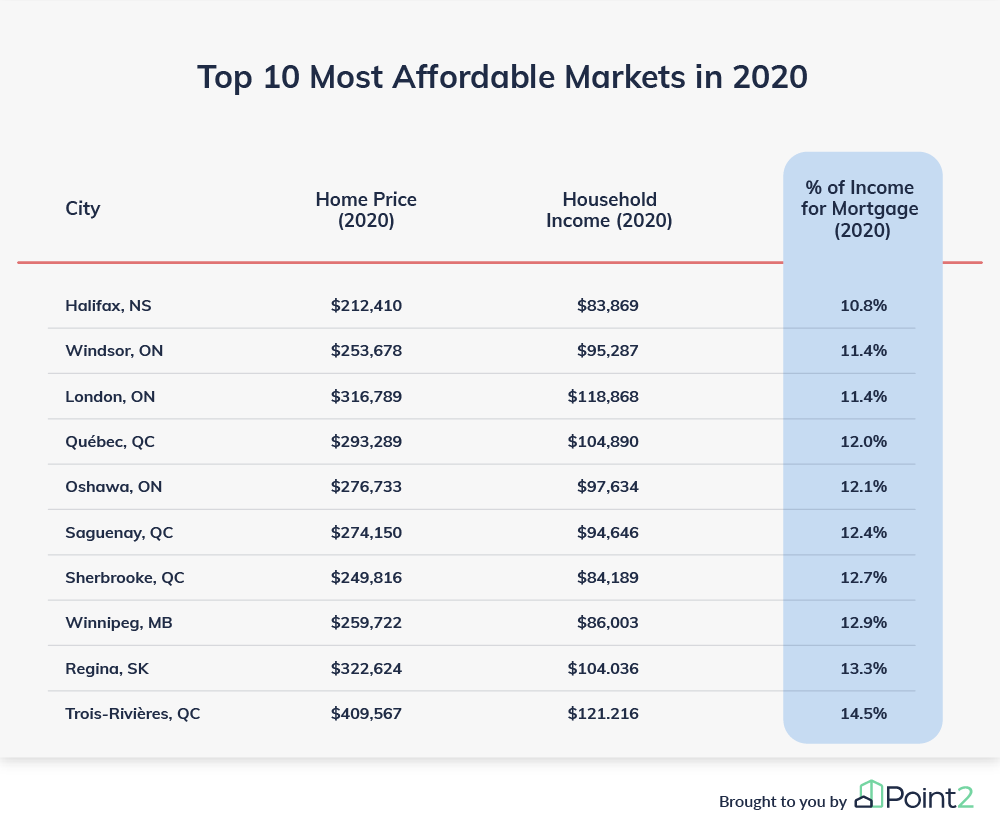 The study provides a snapshot of what people must now earn to afford property in Canada’s most populous cities, showing the increasingly expensive housing market.