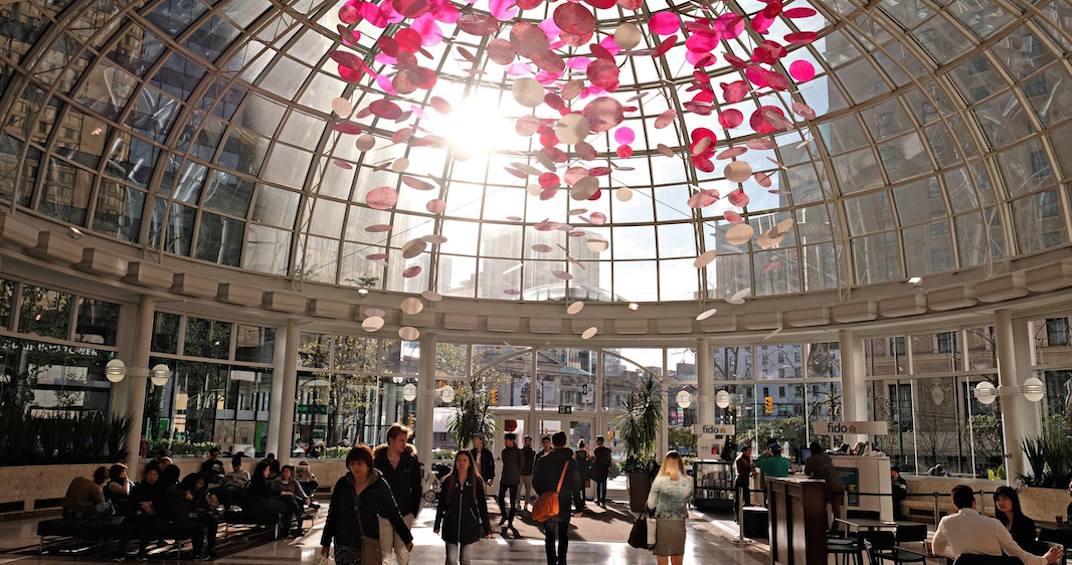 Vancouverites love to shop, that’s for sure, and a newly-released study by the Retail Council of Canada (RCC) has given some insight into just how much.

The Canadian Shopping Centre Study has confirmed that two out of Canada’s top three profitable malls are located in Vancouver.

In second place, right behind Canada’s most profitable mall (Toronto’s Yorkdale Shopping Centre), is Vancouver’s Pacific Centre, which generated a revenue of $1,690 per square foot, for the 12 months ending June 30, 2018. The report says that like Toronto’s Yorkdale and Toronto Eaton Centre, Pacific Centre benefits from having nearby urban transit options.

In comparison, Toronto’s Yorkdale generated $1,905 – the only mall in the country to break the $1,700 mark. It’s the third year in a row the mall has taken the top spot.

Rounding out the top three was was downtown Vancouver’s Oakridge Centre, which generated $1,594 per square foot.

A little further down the list, sitting in the eighth spot, was CF Richmond Centre, at $1,060 per square foot, and Burnaby’s Metropolis at Metrotown, which generated $1,040 per square foot.

The Vancouver/Lower Mainland area clinched seven top-ranking centres out of the top 30, making it the largest per-capita concentration of “productive shopping centres” in the country.

All but three of the top 30 malls have Apple as a tenant, with the exclusion of Park Royal in West Vancouver.

Top 10 malls in Canada with the highest sales per square foot: