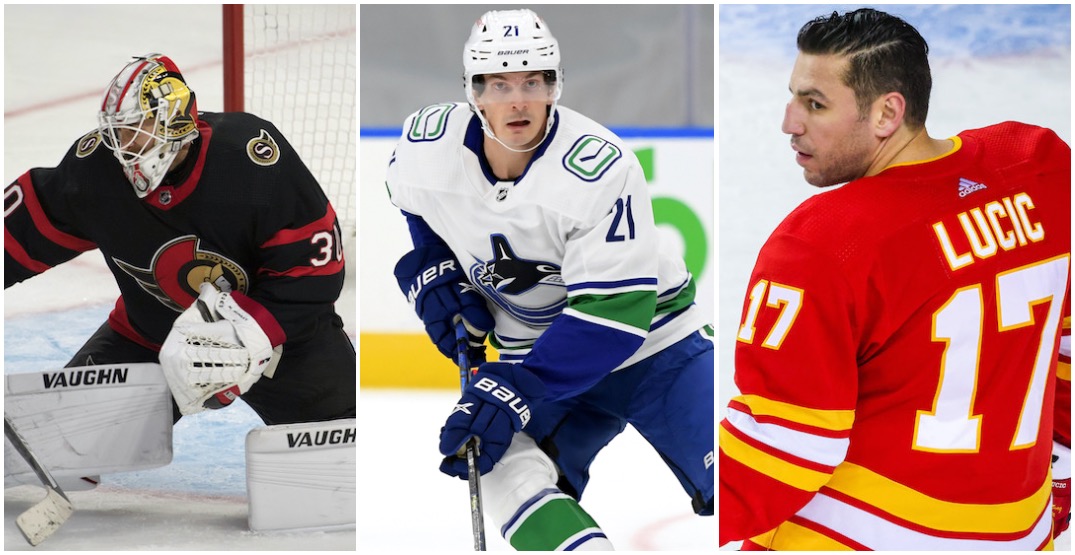 Let’s start this piece by saying that building a championship team in the NHL is very hard.

General managers must find the balance of great chemistry, outstanding production, coaching and a little bit of luck to win the Stanley Cup.

This process begins in the offseason, where NHL executives get to work crafting a team they feel will succeed. However, sometimes this can result in lucrative contracts being given out to players who do not play up to that price tag.

It is essential in a salary cap league that you manage your allotted amount of money wisely. This is the list of players who have been overpaid by NHL executives for the services they provide.

Some could argue that Milan Lucic was overpaid ever since the day that he signed his seven-year, $42 million contract.

However, in the first year of his deal, he scored 23 goals and 50 points, so at the start, it didn’t look so bad. Since then, his production has fallen off. It took Lucic three seasons to match that scoring output, and his skating has decreased seemingly every season.

“The Real Deal” James Neal had a horrible first season in Calgary. After going through 10 NHL seasons with 20 plus goals, he finally fell to only nine goals in the first year of his current five-season, $28.7 million contract.

He was traded from the Flames in a one-for-one deal with Lucic, another player on this list. His first season in Edmonton was more familiar for him as he had 19 goals, but this season is reminiscent of his first in Calgary.

After years being widely considered as one of the most underrated players in the NHL, you can’t say that about Frans Nielsen ever since he signed a six-year, $31.5 million contract with the Detroit Red Wings.

Last season, Nielsen had under 10 points and has not had a 20-goal season since he joined Detroit in 2016. For comparison, he had two 20-goal seasons in his last three years with the New York Islanders.

Tyler Bozak’s skills have fallen off since he signed his current three-year, $15 million contract with the St. Louis Blues.

The former Maple Leafs centre’s point totals have been steadily dropping since the 2016-17 season. Thankfully for the St Louis Blues, his contract expires at the end of the year, which may be his last in the NHL.

Derek Stepan is another player on this list who has seen a consistent drop in his point totals. After having three straight seasons with 50 plus points, his highest point total since is 35.

Unfortunately for Ottawa, they gave up a second-round pick for Stepan but luckily for the Senators, he only has one more year on his six-year, $39 million contract.

David Backes has not hit the same highs since his three straight 20-goal seasons from 2013-2016. The Ducks centre is in the final year of a five-year, $30 million deal he signed with the Boston Bruins in 2016.

The first of two Buffalo Sabres on this list, Kyle Okposo has been a disappointment since he signed his seven-year, $42 million contract in 2016.

In his nine previous seasons, before his current contract, Okposo had three seasons with 20 plus goals with the New York Islanders. He has just 11 goals in his last 79 games over the past two seasons.

Martin Jones’ downward turn has coincided with the San Jose Sharks’ lousy play. However, that does not excuse his bad play.

For the past three years, Jones’ save percentage has been below .900 — not numbers fitting of the six-year, $34.5 million contract he has.

This is the worst-case scenario for Ottawa. Not only did they just acquire Matt Murray from the Pittsburgh Penguins, but they signed him to a four-year extension worth $25 million.

The two-time Stanley Cup winner’s numbers have been awful and one of the main reasons why the Senators have not been able to be competitive in the North Division this season.

Loui Eriksson has pretty much been deserving of a spot on a list like this since he signed his six-year, $36 million contract in 2016.

Eriksson scored 30 goals in one season with Boston prior to the Canucks signing him. In Vancouver, Eriksson has scored 38 goals in five seasons (252 games).

Jeff Skinner signed a monster eight-year, $72 million contract just two years ago, after scoring 40 goals in his first season with the Buffalo Sabres. It hasn’t gone well since.

Immediately after signing the contract extension, the 28-year-old saw his numbers fall off a cliff. Skinner had just 23 points in 59 games last season and has only four points in 32 games this year.

And there’s still six years left on his deal after this season.