The viral picture that enchanted people around the world and was dubbed the “most Canadian photo ever” will now raise money for Syrian refugees.

The BC RCMP tweeted the photo out in March of 2015, and it has since garnered thousands of retweets and comments – not to mention a bevy of media attention. It depicts an RCMP mountie playing ice hockey on a frozen lake surrounded by mountains.

We may be Mounties, but we are all still kids at heart with @NHL dreams pic.twitter.com/8dm7sQ9NA6

Now the photo, properly titled “Mountie and the Goalie,” is available for purchase through photographer Rick Wiltse. All proceeds from the sale of the photo will go towards helping Syrian refugees, as well as the local hockey arena.

The mountie featured in the photo, Corporal Shaun Begg, just wanted a cool photo to put on his desk or possibly use for a Christmas card, but the image became more than he ever expected.

“What was a most memorable day off has turned into so much more. I just wanted a picture for myself,” he said in a release.

If you want to purchase the most Canadian photo ever, click here. 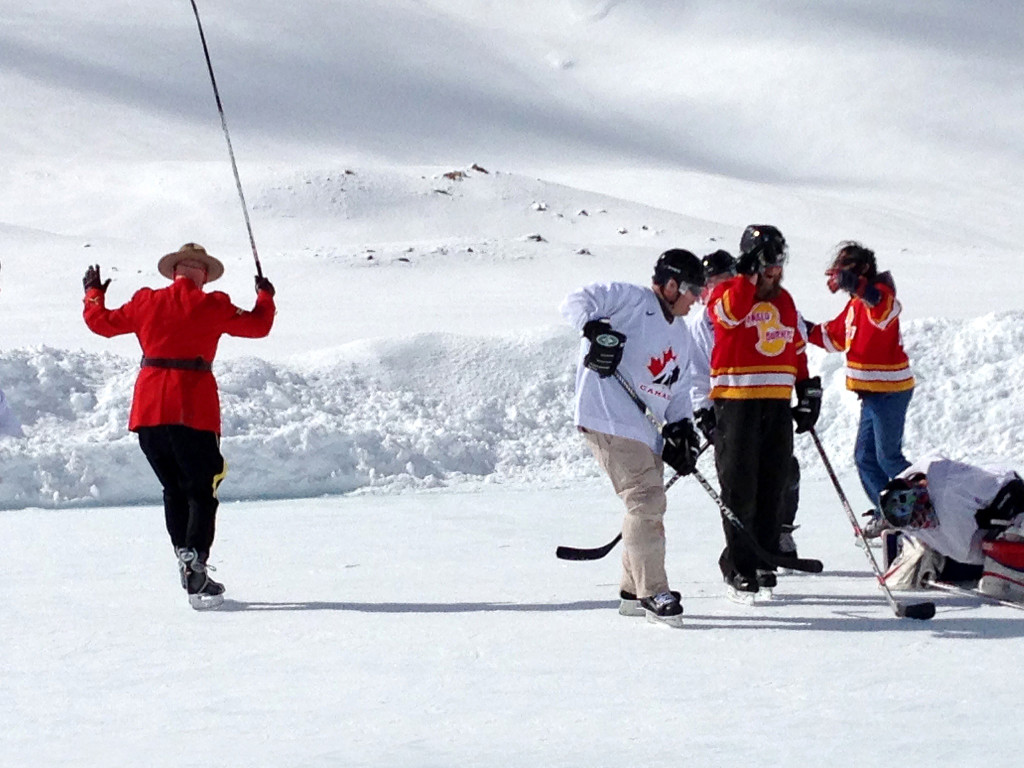