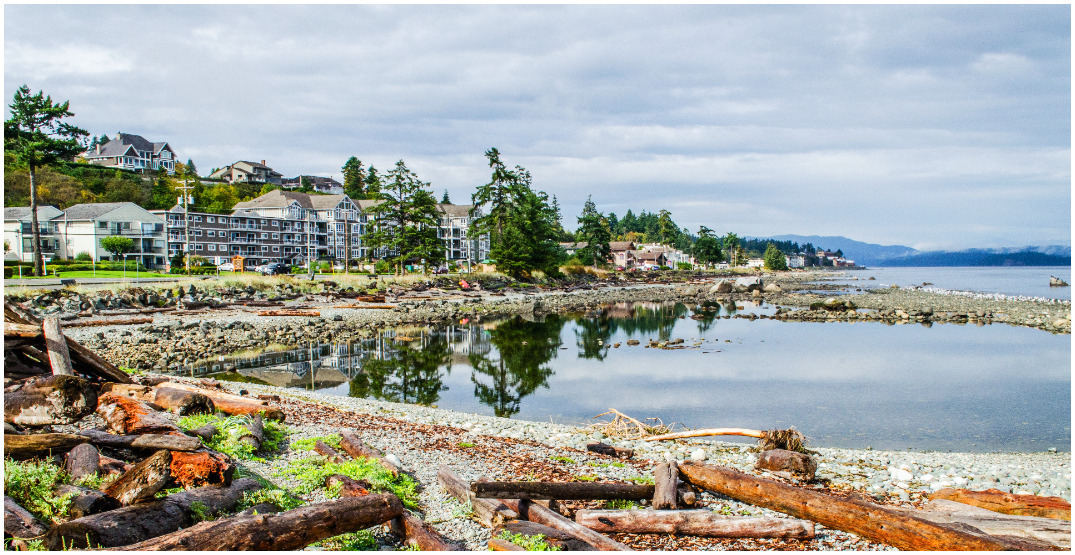 While Vancouver might not be the most affordable place for everyone to purchase a home, there are many cities across British Columbia where it’s a lot more reasonable.

Canada’s largest real estate marketplace has compiled a list of the most affordable cities in the province to get into the market.

With the housing market so volatile, it might be good to know where to look without breaking the bank.

Zolo looked at the top five most affordable cities in three different categories. It’s important to note they didn’t just look at prices but also at the price-to-income ratio. They also factored in the general quality of life in the respective cities.

The first category is large cities with a population of 100,001+. 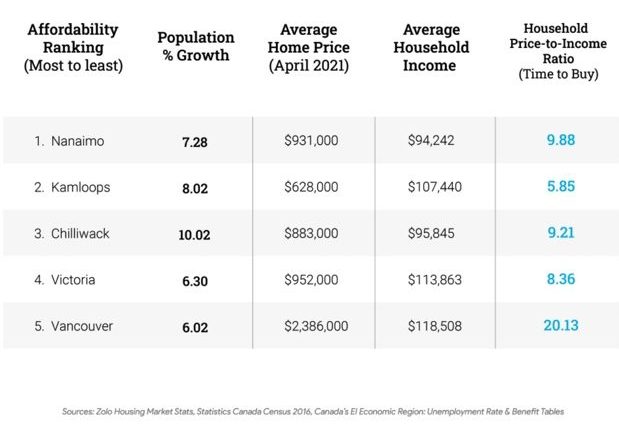 Nanaimo ranks highest when it comes to affordability among large cities.

Vancouver unsurprisingly bottoms out as the least affordable. It trumps Victoria by over $1.3 million when it comes to the average home price. 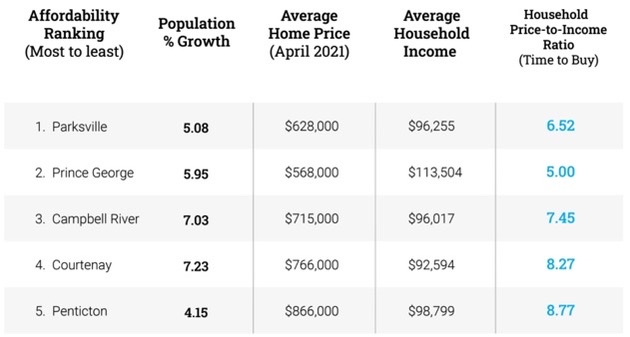 Parksville tops the mid-sized cities. Zolo notes that Parksville saw a population increase of 4.5% between 2011 and 2016. They also note that Parksville might be an attractive place to buy a home thanks to the lovely weather they receive year-round.

Zolo also points out that Campbell River may be an attractive spot for any water sports fans, as it’s known by many as the salmon capital of the world.

The final category ranked cities that had a population of 0 to 30,000. 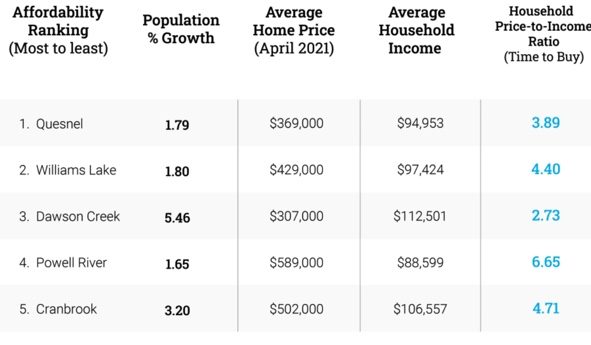 Average home prices in Quesnel are drastically low compared to Vancouver and even places like Nanaimo or Campbell River, which makes it the most affordable city to purchase a home in BC.

Quesnel is also an attractive destination thanks to having great schools, a colourful history and, as the numbers that Zolo crunched suggest, a price that can’t be beat.

The data used to rank the cities was based on the Statistics Canada 2016 Census.