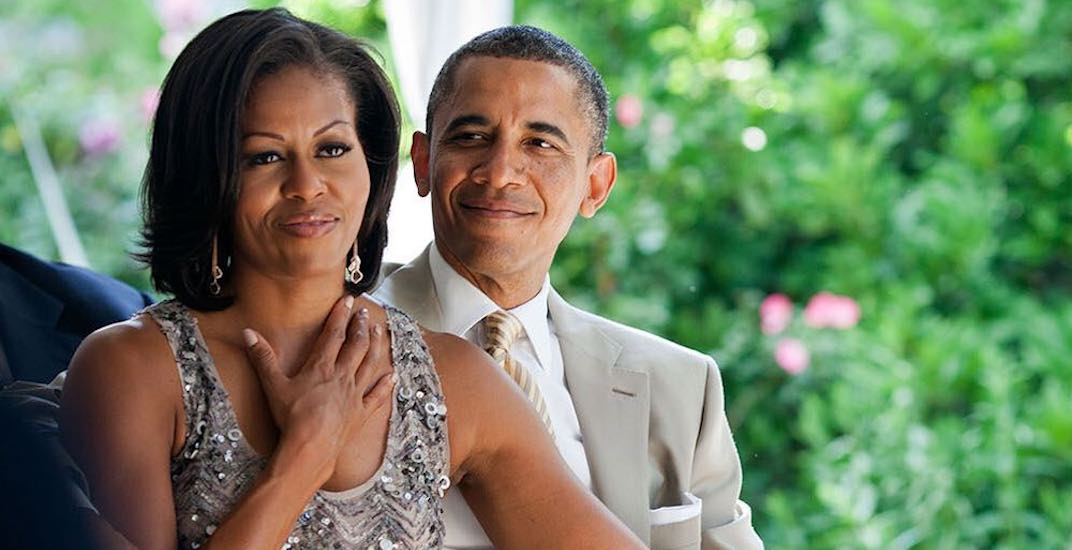 Barack and Michelle Obama are the most admired man and woman in Canada, according to a new survey.

The survey, which was conducted by market research firm YouGov, covered the views of people in 41 countries, with more than 42,000 people being interviewed to compile the list.

On a global scale, Microsoft founder Bill Gates ranked as the world’s most admired man, followed by Barack Obama and Jackie Chan, respectively.

Michelle Obama topped the list on the woman’s roster, with Oprah Winfrey and Angelina Jolie coming in at second and third, respectively. 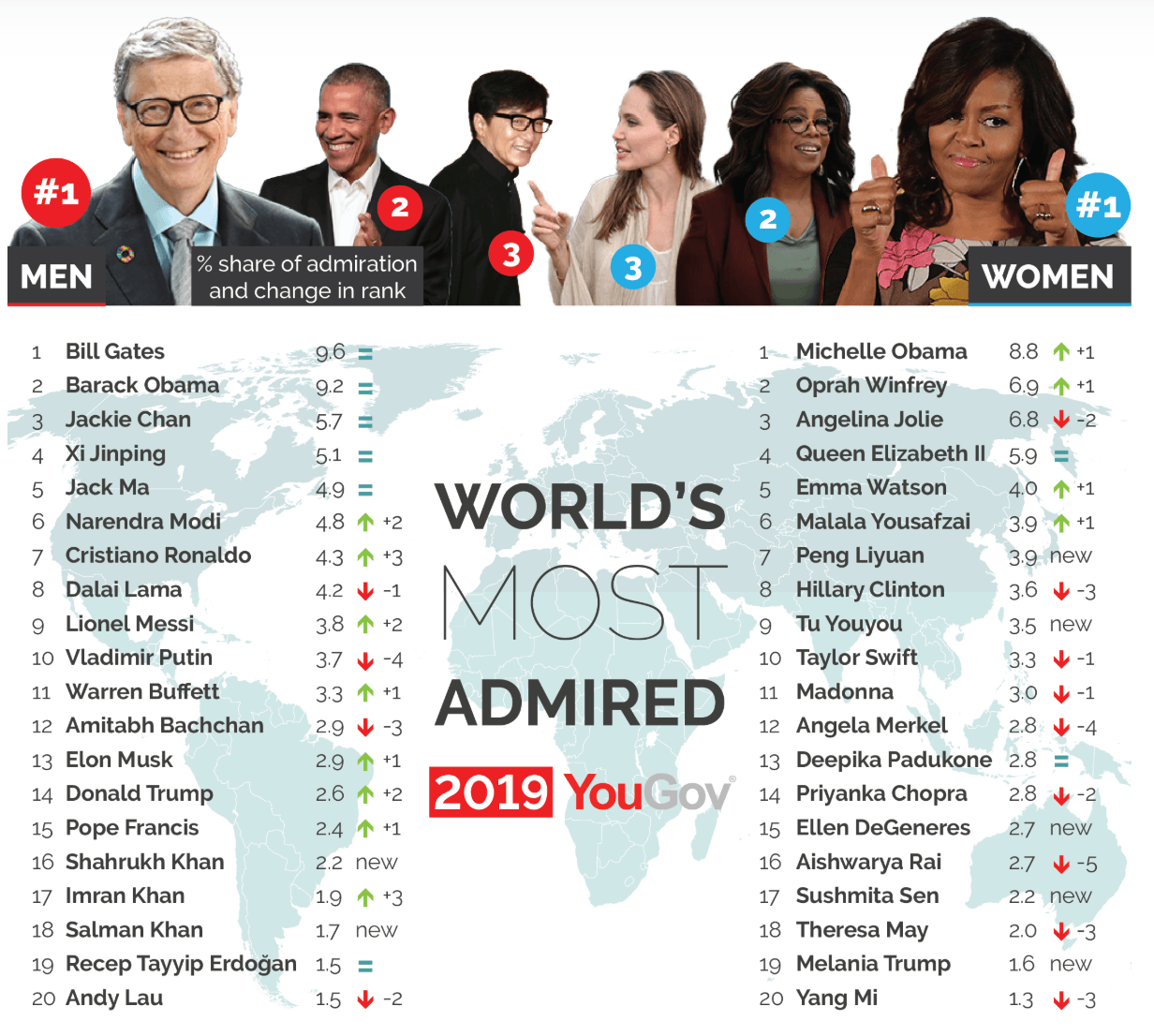 The most admired men and women in Canada: 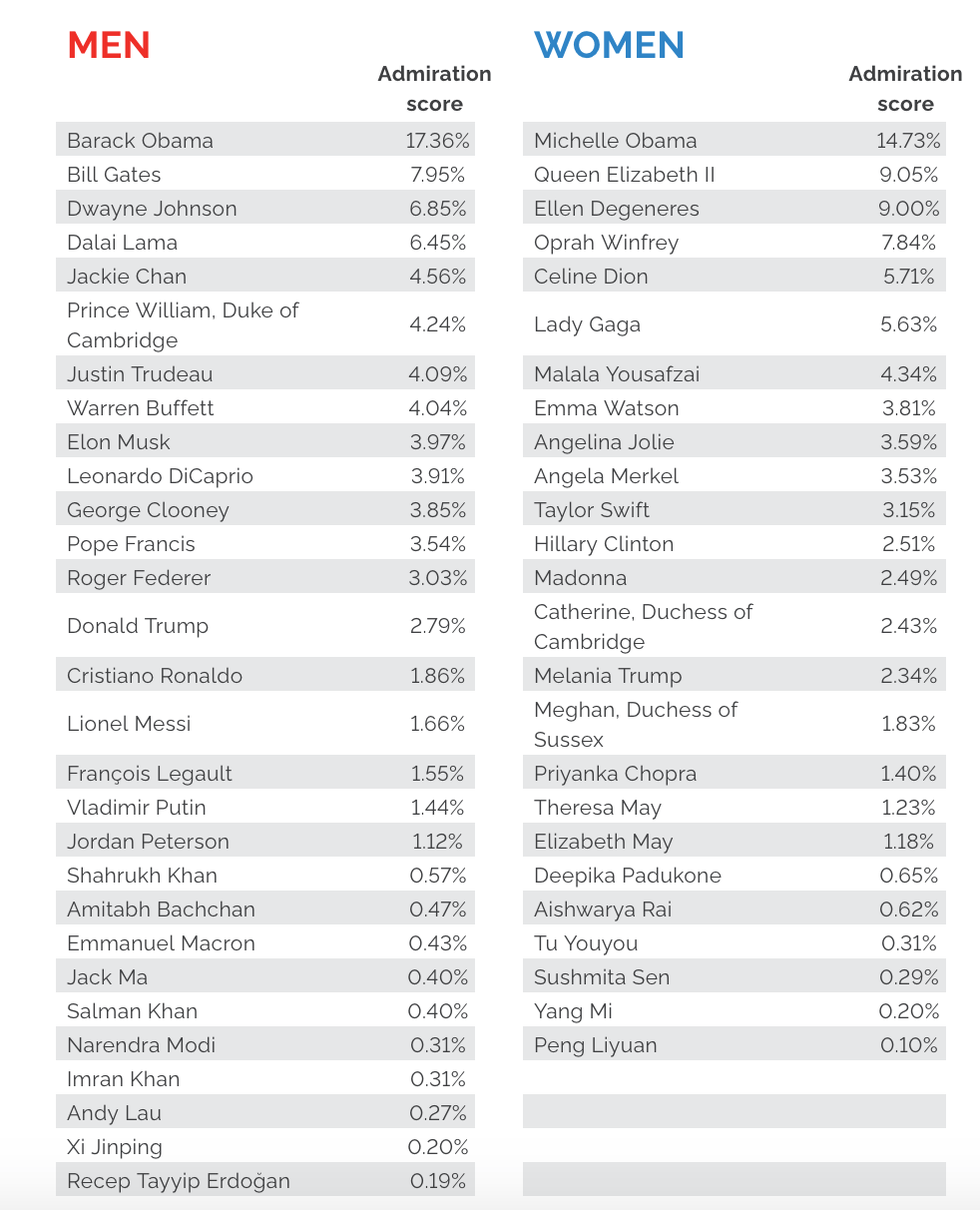 Most admired men and women in Canada/YouGov