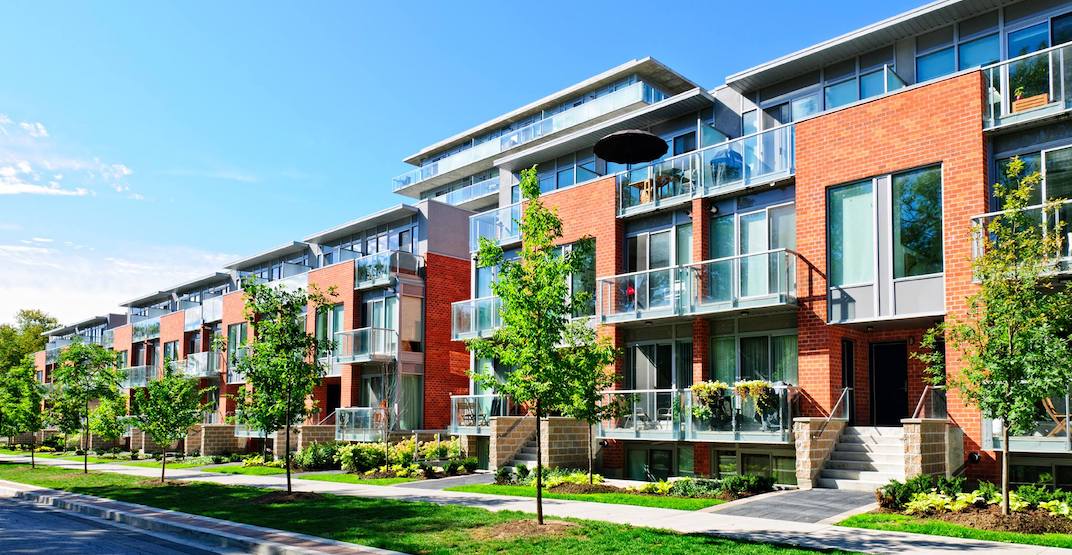 The British Columbia Real Estate Association has released a report suggesting that home sales in BC would have been 10% higher — or about 7,500 sales — without the federally-mandated B20 Mortgage Stress Test. 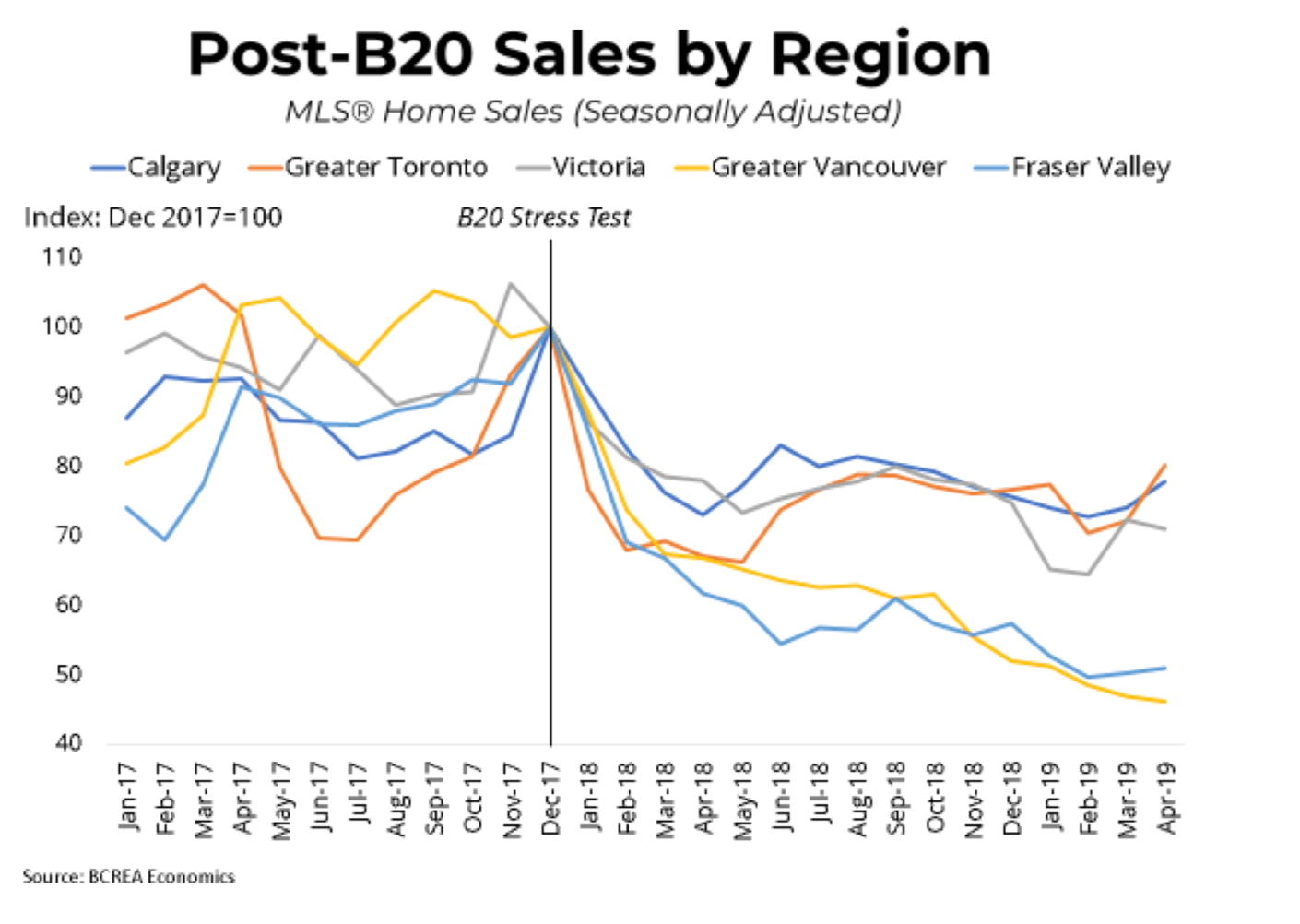 While several Canadian markets experienced a sharp decline in home sales in 2018, BC faced a much more intense and prolonged decline, it says.

While provincial policies affected this decline, the B20 stress test played a pivotal role as well, according to the BCCREA.

The B20 Mortgage Stress Test is a federal mortgage guideline that is meant to ensure that those buying homes are still able to make payments even if interest rates were to suddenly rise above their actual mortgage rates.

While the B20 guideline was endorsed to stabilize the housing market by making it more affordable, it has had the unintended consequence of pushing several newer Canadian buyers out of the real estate market.

In fact, after the B20 guideline came into effect in January 2018, there was a 20% drop in newer buyers.

Despite provincial interest rates and affordability affecting the decline in home sales in BC in 2018, the British Columbia Real Estate Association report suggests that our province was more profoundly affected by the stress test, causing the province to lose approximately $500 million in economic activity. 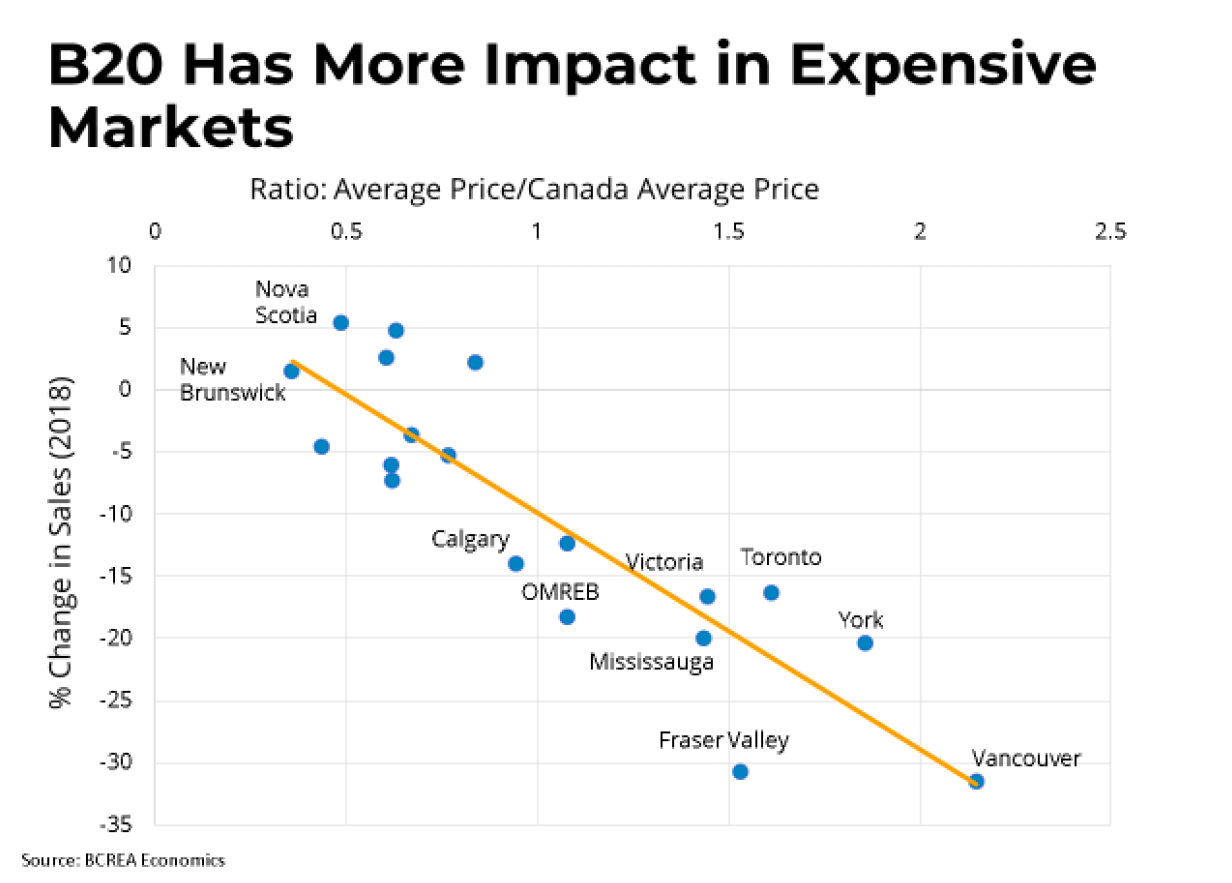