Grammy nominated producer/DJ Morgan Page is taking the concert experience to a whole new level with his sold-out immersive 3D-LED live performance at the Commodore Ballroom. The Morgan Page Presents tour, which lands in Vancouver on November 23, also features Beltek and Topher Jones.

Due to the success and high demand of the first show, earlier this week Blueprint Events announced a second Morgan Page date in Vancouver. Although it is not part of the 3D tour, Page’s November 24 show will be at Venue for its four year anniversary.

Page’s 3D show has been gaining rave reviews along the way. During his rehearsals for the tour, director James Cameron stopped by to watch his set. The Morgan Page Presents 3D (#MMP3D) performance includes technology used in movie theatres, and concertgoers are handed 3D glasses upon entry to the show. With over fifty cities on this tour, Vancouver lucked out with the added show at Venue. 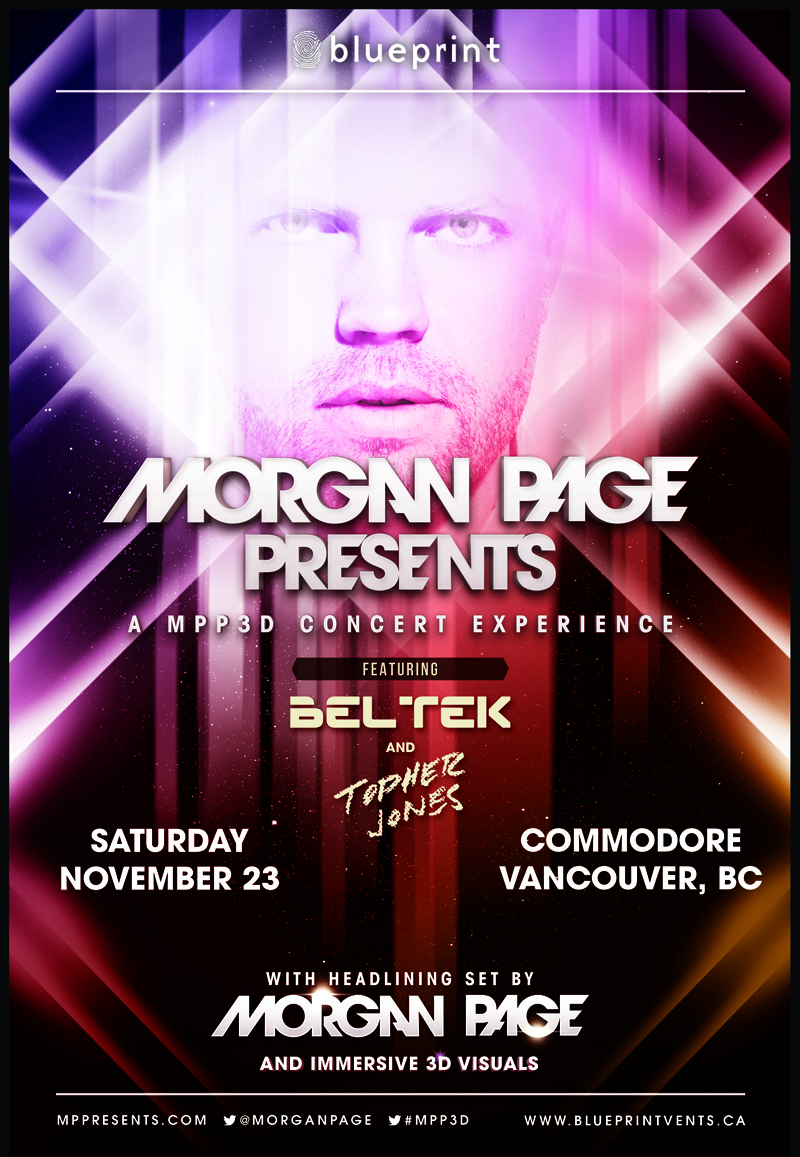 Not only does Page produce and DJ, he often uses his platform to promote healthy living, and uses solar panels to power his home studio. Page, who is very active on his Twitter page (@MorganPage), also shares tips on production and writing on a separate account (@MPQuickTips). And more recently, a free Morgan Page mobile app was made available for fans through iTunes and Google Play. Released in 2009, The Longest Road (featuring Lissie) was nominated for a Grammy award and continues to be one of the fan favourites at shows. Page worked with Canadians Tegan and Sara for his 2012 hit single ‘Body Work’.

For those lucky enough to have tickets to the sold-out MPP3D show on November 23, don’t forget your 3D glasses at the doors!

Venue’s Four Year Anniversary party featuring Morgan Page is on November 24.Tickets are $25 and are available on Blueprint Event’s website.