A few more photos have popped up from the soon to be released video game Mass Effect 3. We first published the original screen caps of what Vancouver would like like in the year 2187 a week ago, you can see those photos here. In those photos Canada Place and the Burrard Inlet were clearly recognizable. These next two screen shots show the the broader region within the context of the game. As you can see in 2187 Vancouver  is littered with highrises and what looks like elevated roadways. Rising sea levels have also played havoc with the city’s land base. The mountains still look beautiful.

Kind of reminds of a futuristic Independence Day. 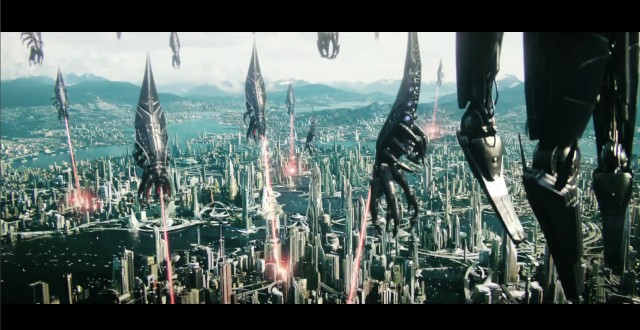