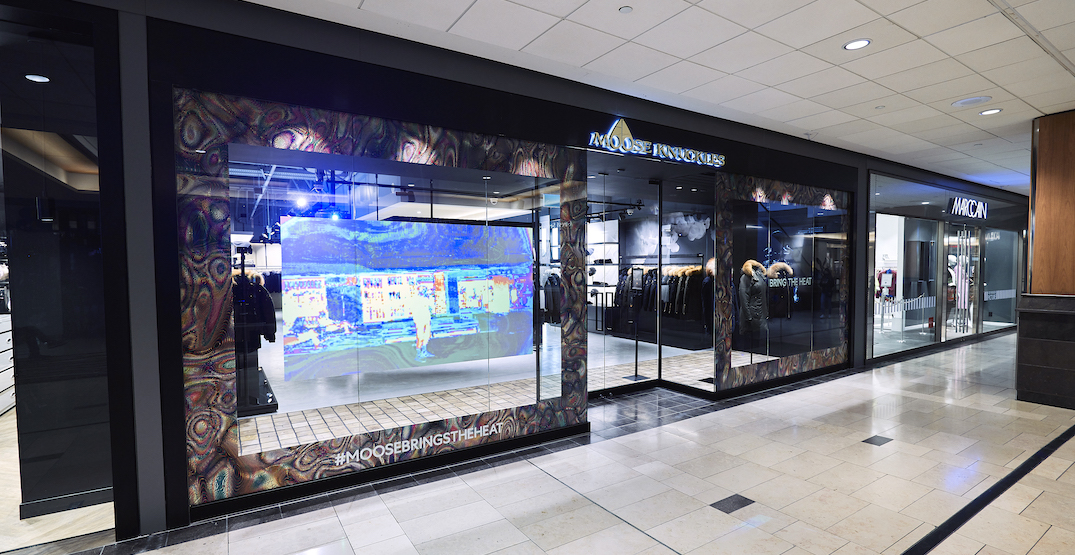 According to a release, the Montreal-based luxury outdoor clothing retailer’s store is 2,700 sq. ft., with LED technology providing a “blizzard effect on loop” making it seem like one is walking through a storm into the store where jackets hang from fixtures that descend from the ceiling.

There is also a live projection mapping in the window display that captures what is taking place just outside the store, showing a reflection of passersby with the “heat mapped” version of themselves.

Over the coming weeks, another feature that provides the interior space with a layout revolving around a patterned ice glass structure will be added.

This is all part of Moose Knuckles’ approach of creating an immersive retail experience for their brick-and-mortar retail locations.

“While many companies have focused the lion’s share of their attention on the digital landscape, we have strayed from the pack, bolstering our efforts with a smart plan to provide what so many people need right now: space to connect with others,” said Noah Stern, the Co-CEO of Moose Knuckles, in a statement.

“Whether it’s our bricks-and-mortar or pop-up environments, creating physical spaces is a bold choice that aligns with our company’s pioneering attitude.” 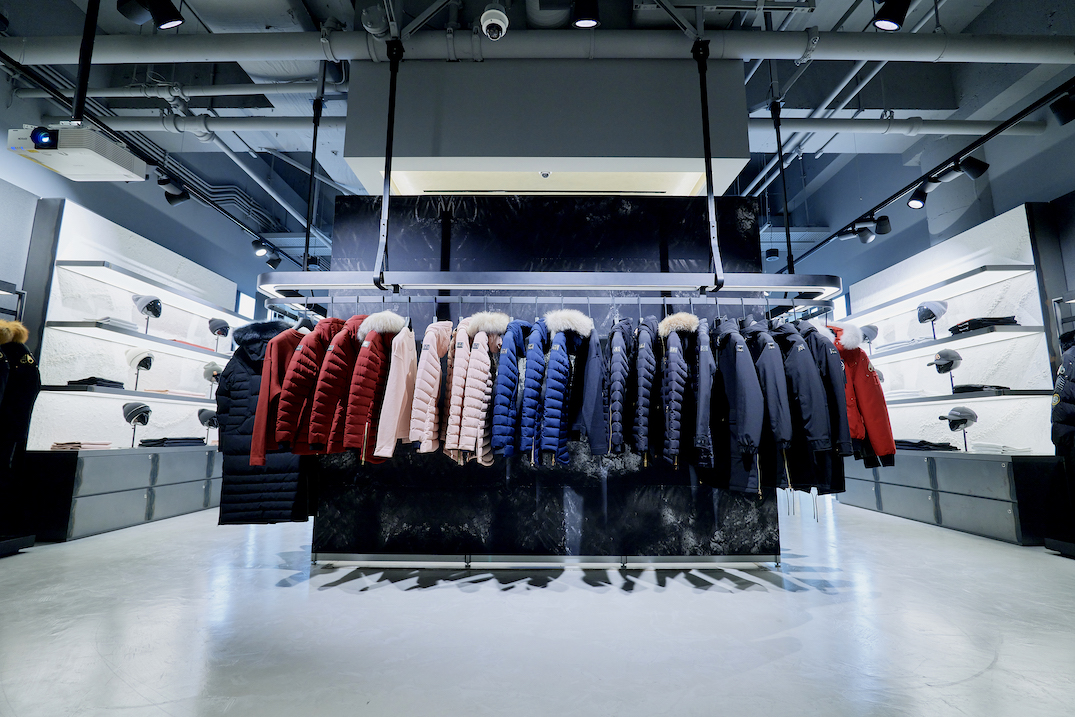 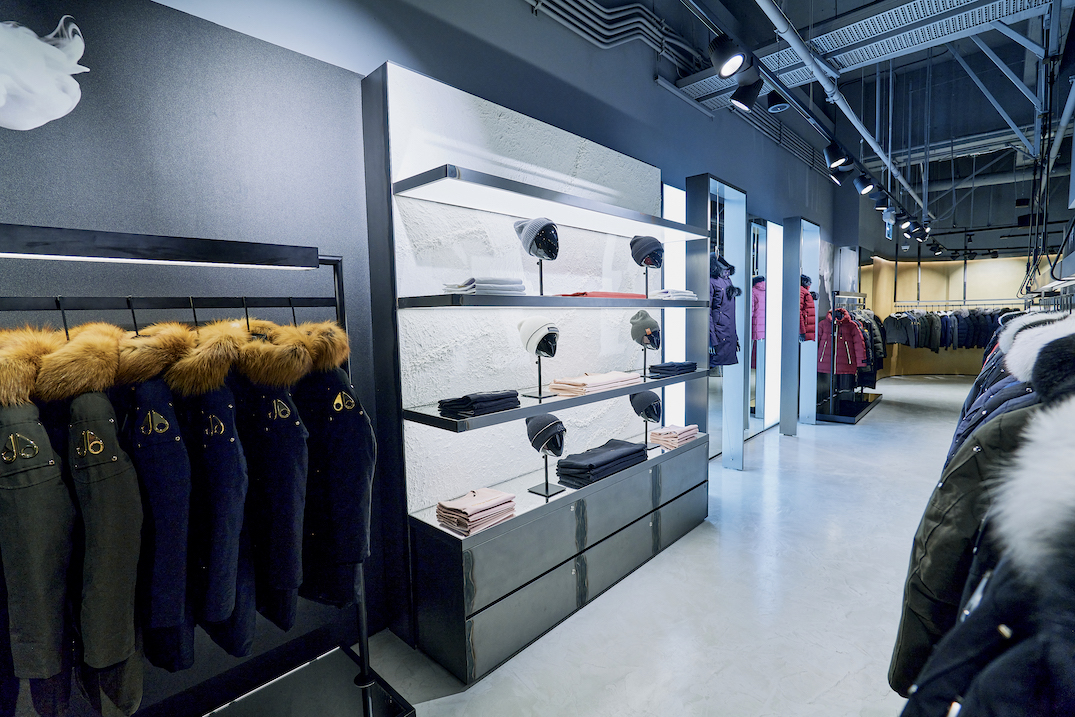 Last month, the company announced it will open new stores and pop-ups in Canada throughout Fall 2020. A store opened within Holt Renfrew Square One in Toronto in September, and another location will open in CF Chinook Centre in Calgary.

The company is known for producing heavy winter coats and jackets and other apparel for men, women, and children.