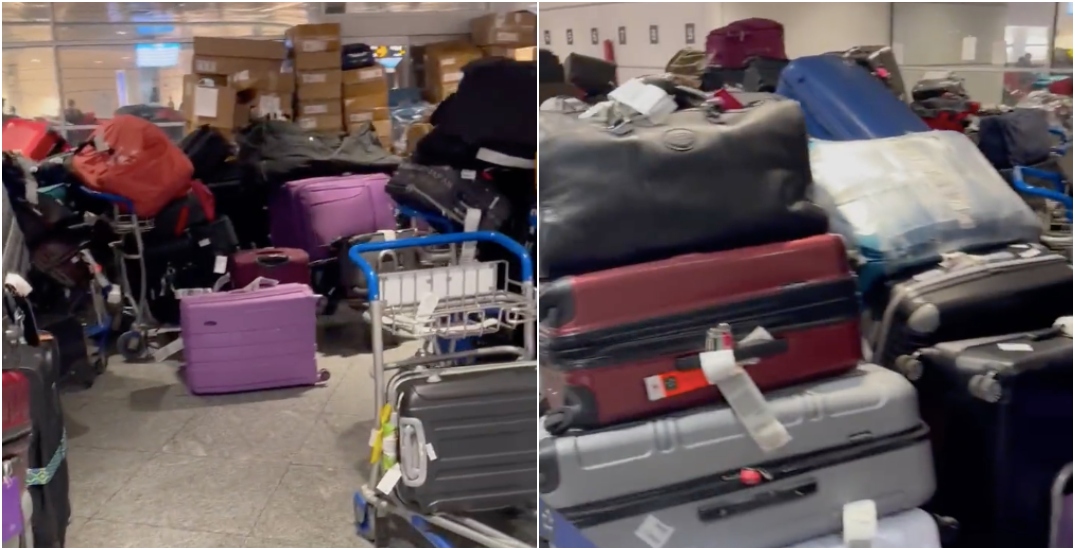 The frustration with Canadian airports is continuing.

Travellers and athletes have adamantly expressed anger with airlines due to lost luggage and flight delays over the past several weeks.

Last week, a London-based motorsport publication accused Air Canada of kicking off more than 30 passengers from a Montreal flight for “no good reason.”

The annoyance towards Montreal’s biggest airport continued on Monday night as videos began circulating on social media showing anxiety-inducing amounts of idle luggage and hours’ worth of flight delays.

“What a f***ing mess,” said Fort Lauderdale’s Rob E, calling Air Canada’s service “poor” and “unbelievable.” He sarcastically thanked the airline for “f***ing this all up.”

Clara Loiseau, a journalist for Le Journal de Montréal, captured the chaos in a single video, mockingly saying, “Welcome to Montreal” in French. (With an appropriate melting face emoji.)

The popular Montreal-based Instagram account @fucknomtl also shared a video of hundreds of bags seemingly parked at the pick-up terminal.

Woman in front of me genuinely perplexed as to why there are so many travel problems 🙃 pic.twitter.com/jf1HYw2Ews

Brian Cicioni, a New York City Tour Guide, says a 77-minute layover in Montreal turned into a three-hour delay before eventually being cancelled. He says he was considering taking a train back to New York instead before Air Canada’s “impractical rebooking” rerouting him on a Porter flight back.

“I’ve never seen anything like this in my 23 years of flying,” he tweeted.

Other YUL passengers and strandees complained that there was standing room only at gates and that Montreal Trudeau Airport is in “absolute shambles.”

Situation @yulaeroport: many flights are delayed or canceled. We’ve been here for 8 hrs and have an extra 24 hrs added to our trip, more flights to navigate. Standing room only in most gates and 10% of people are hacking up a lung, few masks. This is not the summer to travel. 😥

In response to the barrage of tweets, Air Canada says the flight delays, cancellations, and baggage chaos is a result of a “great lack of personnel” and that the airline and its partners are “doing everything in their power to offer you an efficient service despite the lack of human resources.”

The country’s biggest airline also says that due to the “imponderables of the pandemic and manpower challenges, some services are more limited.”

A new online tool has started to track delays and cancellations across the country, to help travellers with enraging wait times.

Daily Hive has reached out to YUL Airport for additional comment.