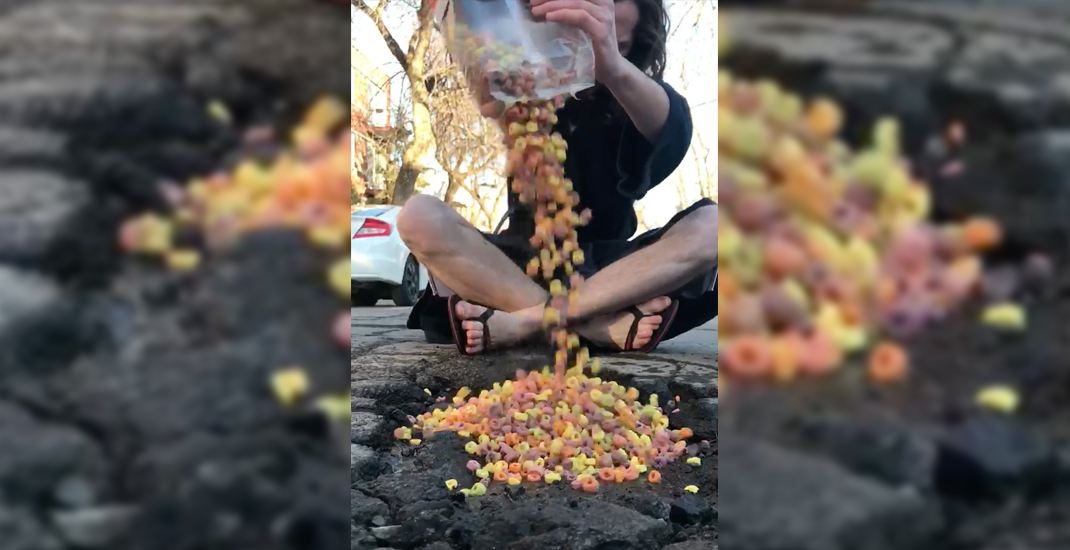 Montreal’s pothole problem is probably one of the worst in Canada.

Gaping holes of broken asphalt can be seen on almost every road in the city, causing drivers, and their cars, nothing but misery.

A post shared by Formation Serge Lamarre Inc (@formationsergelamarre) on May 4, 2017 at 10:52am PDT

But one Montrealer has decided to make the most of the city’s potholes and put them to good use. He got creative and decided that the pothole could be used as a bowl for his cereal. Turns out that the pothole is so big it can fit an entire bag of Froot Loops.

So next time you want to enjoy a bowl of cereal (or pasta, or whatever) outside, just pull up a seat to one of the many Montreal potholes, and save on the dishes.