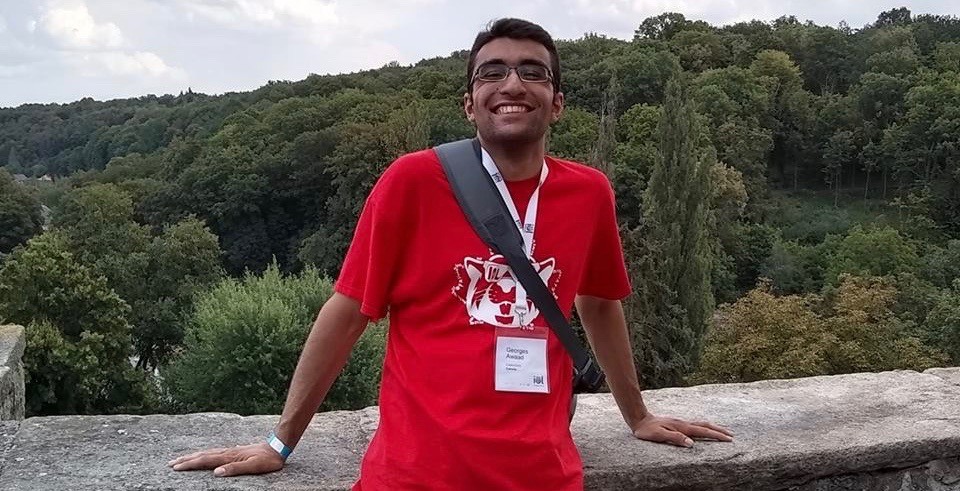 You’re right to be proud for being bilingual.

But if that’s the case, Montreal’s Georges Awaad should be 9.5 times prouder than everyone else.

The 20-year-old McGill student was recently crowned the ‘most multilingual’ student in the country by experts at Babbel, the language learning app, for speaking 19 languages.

“When I was 10 in elementary school, we had an improv event where each person sat around a long table and debated a topic in a different language,” Awaad tells Daily Hive. “For me that was a time when I heard many different accents and sounds and I was immediately hooked. They all sounded so mysterious, I wanted to understand it all.”

Awaad is currently studying linguistics (duh) at McGill University. He speaks French at home and credits his grandparents as early influencers for his interest in languages.

Which languages does he speak? You might want to sit down. Awaad prides himself as being fluent in nine languages and conversational in another ten.

The multilinguist says that Georgian was the toughest to learn. “It just has a different grammar. A lot of things are different. Conjugation is very hard to wrap my head around. I make mistakes. We all do, that’s part of learning and well worth the challenge.”

What’s even more impressive is that Awaad is mostly self-taught. “I kept learning by myself. I use Babbel, Memrise, and Duolingo, practicing every day. Sometimes I’ll use a YouTube channel, watch dubbed movies, or listen to songs in different languages. I love music so it’s fun for me.”

The 20-year-old student also uses “little techniques” like writing his schedule in a foreign language to put himself in a situation where he needs to learn.

When asked how he keeps a vast repertoire of languages polished he says he “maintains daily routines to stay fresh.” 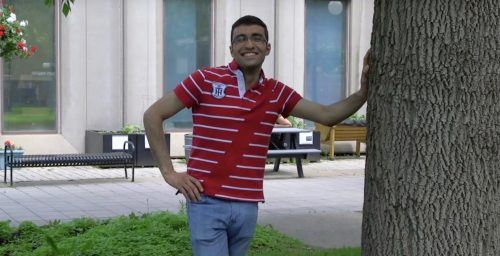 Awaad has an impressive YouTube channel where he speaks about himself in 19 different tongues. Complete with English subtitles, he easily switches from one language to another.

He credits Montreal’s diversity as a valuable city to know and learn so many different languages. “Montreal is great because we’re so cultured. I hear so many languages in my day-to-day routine so it’s very useful. It’s a big factor.” He laughed before concluding, “I want to know what everybody is saying.”

At this pace, with 19 languages under his belt, we quipped that by the time he’s 40, he might just know them all.

Until then, he’s “doing his best” to help save endangered languages around the world with his sights currently set on a project to preserve an ancient Mayan language from Mexico.