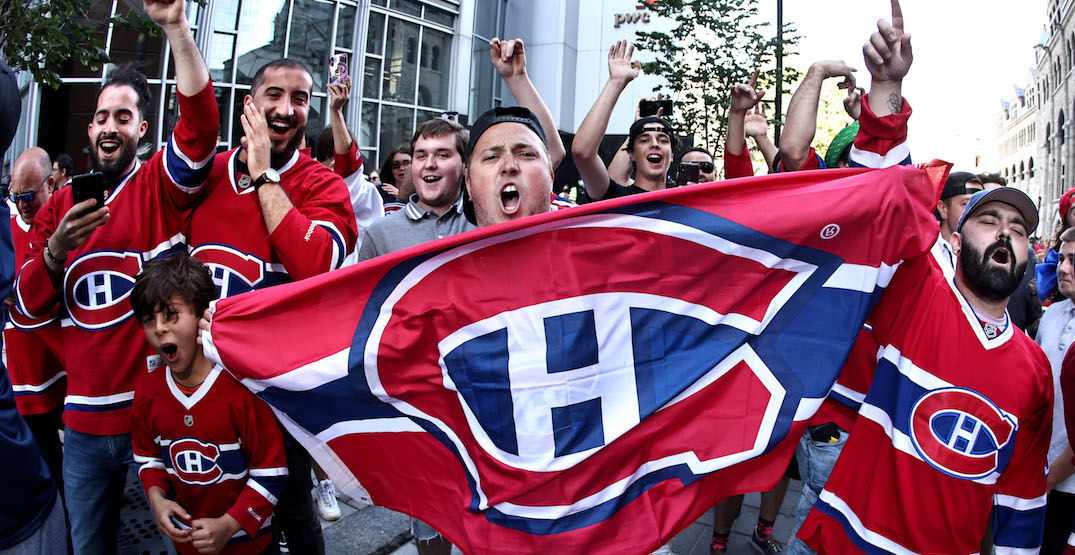 The Montreal Canadiens have heard the rumours.

Social media was buzzing on Monday after rumours began circulating that the Canadiens would be able to increase capacity to 10,500 for games in Montreal during the Stanley Cup Final. The first home game in Montreal is scheduled for Friday, and the team currently has clearance to host up to 3,500 fans at the Bell Centre.

Bell Centre employees have reportedly received an email saying that QC Public Health has authorized a capacity increase to 10,500 at #Habs games.

They will also hold viewing parties in the arena on the Jumbotron.

The rumours were so persistent that the Canadiens put out a statement saying they are still having “discussions” with health authorities and they can’t confirm any of the rumours.

“Regarding the increase in the number of spectators at the Bell Centre for the Stanley Cup Final, the Montreal Canadiens organization is continuing discussions with the authorities, and does not in any way confirm the rumours currently circulating on social media of an agreement between the two parties,” the team said in its statement.

A statement from the Montreal Canadiens. pic.twitter.com/qyriDzqp9x

The Canadiens began the playoffs without fans at home games, until 2,500 were permitted to attend beginning on Game 6 against the Toronto Maple Leafs. During their series against the Vegas Golden Knights, Santé Québec allowed the Habs to boost attendance to 3,500.

The home fan support appears to have made a difference, as Montreal has won five of six games at the Bell Centre since fans returned.

Game 1 of the Stanley Cup Final between the Canadiens and Tampa Bay Lightning goes tonight, with 16,300 now allowed to attend at Amalie Arena in Tampa.

We will welcome 16,300 fans for the #StanleyCup Final!

Additional tickets have been released. https://t.co/fmAdOFSsVd