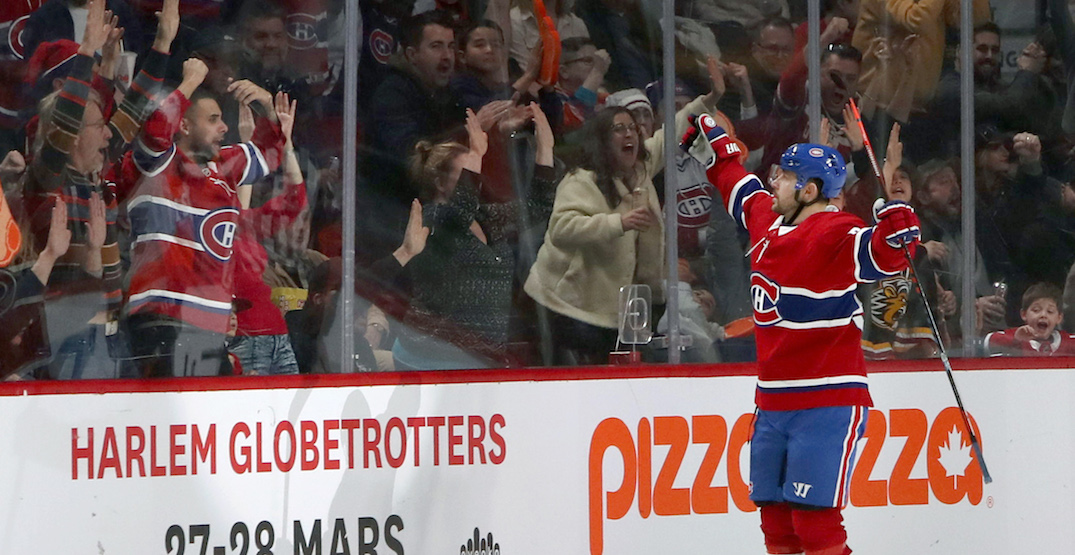 Fans just might be returning to Canadian NHL arenas as soon as next week. Well, one of them at least.

The Montreal Canadiens, NHL, and province of Quebec approved a plan for up to 2,500 spectators (12% of arena capacity) to attend hockey games and other events beginning on May 28. With the move, the Habs became the first Canadian NHL team to make a formal announcement on the return of spectators during the COVID-19 pandemic.

“We are delighted with the government’s decision regarding shows and events. Although the number of spectators remains limited, we applaud this decision which allows us to foresee an eventual return to normality,” France Margaret Bélanger, Executive Vice President and Chief Commercial Officer of the Canadiens said in a statement released Wednesday.

Of course, there’s a number of hockey games to be played before then. Montreal are heavy underdogs in their first-round match-up against the Toronto Maple Leafs. The first possible matchup Montreal could host would be Game 6 of the series on Saturday, May 29.

Meanwhile, in the US, American fans have already returned to arenas in differing numbers.

The Carolina Hurricanes hosted 12,000 fans at their first playoff game on Monday night.

It was the largest NHL crowd in attendance this season, and of course, the largest since the COVID-19 pandemic initially rocked the sports world in March 2020.

North Carolina’s Department of Health and Human Services website states that 41.1% of the population have received their first dose of the COVID-19 vaccine, with 36.8 % fully vaccinated.

The move to larger crowds comes off of last week’s CDC announcement with updated restrictions for fully vaccinated people, but it is still quite the risk and it appears from photos and videos that mask-wearing is being loosely enforced.

The five other playoff series to host games have hosted between 25-50% of their arena capacity.

Masks are still required at all NHL games for fans as of right now, but as we’ve seen with other sporting events, especially when “eating and drinking” are two of the times you are typically allowed to remove your mask, there’s still potential for the coronavirus to be spread around to other spectators.

In this shot from Florida’s Game 1 against Tampa Bay, just about every crowd shot shows a number of unmasked fans.

North Carolina actually offers an interesting case study for Ontario and Quebec in particular. Their population is about 10.5 million, compared to Ontario’s 14.5 million and Quebec’s 8.5 million.