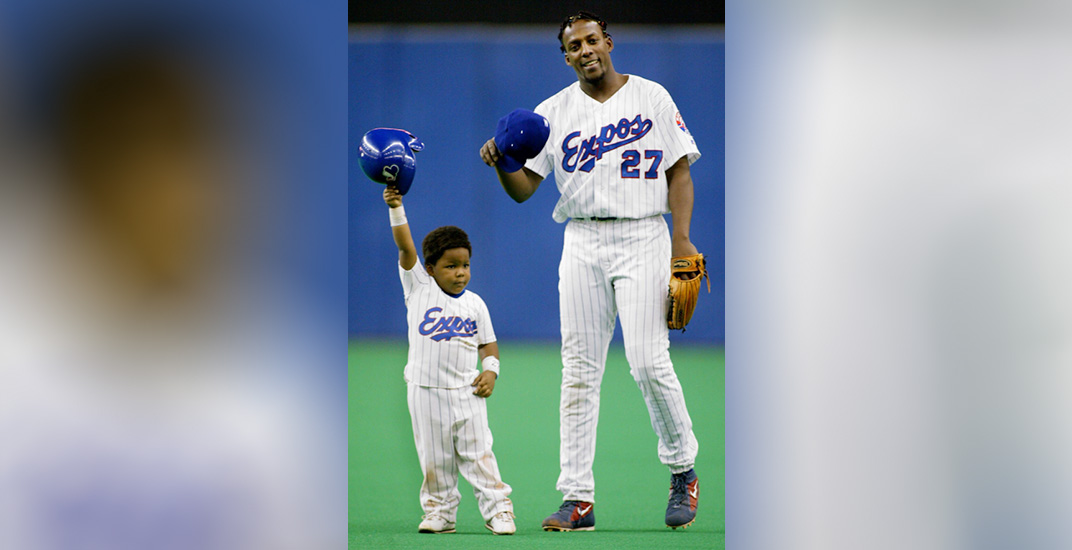 Russell Martin is making his annual homecoming, but for once he may not be the most-anticipated Blue Jay to play in Montreal this week.

That title now belongs to a pair of youngsters, in Vladimir Guerrero Jr. and Bo Bichette.

The Blue Jays make their yearly road trip to Montreal’s Olympic Stadium on Monday and Tuesday before settling in for Opening Day at the Rogers Centre on Thursday. The club will travel with most of their Major League roster for this two-game exhibition series against the St. Louis Cardinals.

Save for Josh Donaldson, Devon Travis and a few others, the rest of the Blue Jays’ stars will all be in attendance at Olympic Stadium. Despite all the star power on the big league roster, it seems like there’s more anticipation to see the next crop of Blue Jay superstars. All eyes will be on the “Vlad and Bo Show” at the Big O. 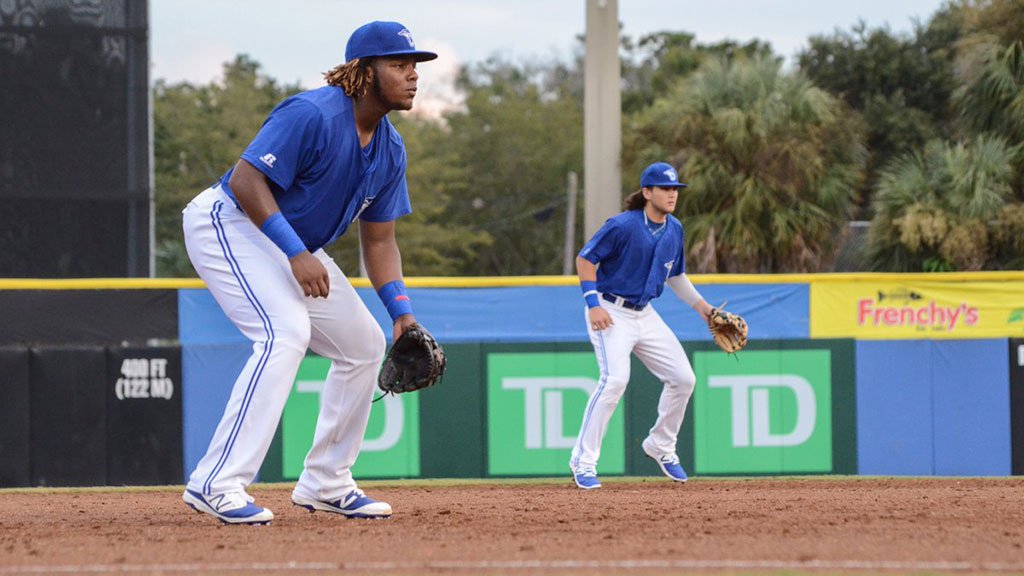 It’s been fun to follow the hype train surrounding Guerrero and Bichette this Spring, and if anything, the anticipation has intensified with each of their televised at-bats. Watching these two in primetime will send the hype machine into overdrive. This short series in Montreal is exactly what it’s so aptly titled, “an exhibition”. This year, it’s an exhibition of the Blue Jays’ future anchored by Guerrero and Bichette.

Allons-y! We're excited to announce our roster for this year's exhibition series in Montreal. pic.twitter.com/kYLuklBvqL

There’s virtually no chance either Guerrero or Bichette will even come close to the Major Leagues in the first half of 2018, but there are already people like Marcus Stroman who want to see them now. While the galaxy brain urges the Blue Jays to call up Vlad and Bo now, the regular brain understands this isn’t the right time to promote the team’s two biggest prospects.

Both played extremely well during their limited action in Spring Training, but for the most part, they were facing split squads, B rosters and in the case of the Blue Jays’ friendly game against the Canadian National Junior Team, 16-year-old kids. This series against the Cardinals will be Guerrero and Bichette’s first opportunity to face Major League-calibre talent. This will be their first true litmus test as prospects; facing legitimate big league pitching.

Most fans can’t wait to see what these guys can do during this short series in Montreal. It’s unlikely Bichette or Guerrero Jr. will start either of these games, but you can bet they’ll received at least some playing time against the Cardinals. It makes perfect sense to play Guerrero Jr. because Vlad Sr. enjoyed the best seasons of his career playing under the roof at Olympic Stadium.

Guerrero, now 19 years old, was born in Montreal during his father’s Hall of Fame career playing with the Expos.

This year marks the fourth consecutive season of the Blue Jays’ annual pair of exhibition games at the Big O. After the Montreal Expos left town following the 2004 season, this series has been a love letter to Montreal’s loyal baseball fans. It’s uncertain whether a baseball team will ever come back to La Belle Province, but for two days every year, baseball is alive and well again in Montreal.

In the here and now, the Blue Jays have a solid foundation of premium MLB talent. Donaldson, Stroman, Osuna, and Sanchez are among the biggest names. Watching the team’s exciting young prospects could be a teaser for what’s to come in the next few years. A lineup including Bichette and Guerrero Jr. in 2019 or 2020 is something Blue Jays fans can’t wait to see.

At the big league level, one can sense the level of contention may be closing this year for the Blue Jays. With Josh Donaldson’s status up in the air, plus pending free agents like J.A. Happ and Marco Estrada, this roster could look a lot different come 2019. But with the wealth of talent germinating in the Blue Jays’ minor league system, doesn’t it feel like that window may be opening again soon?

Two players who will surely lead that charge? Guerrero Jr. and Bichette.