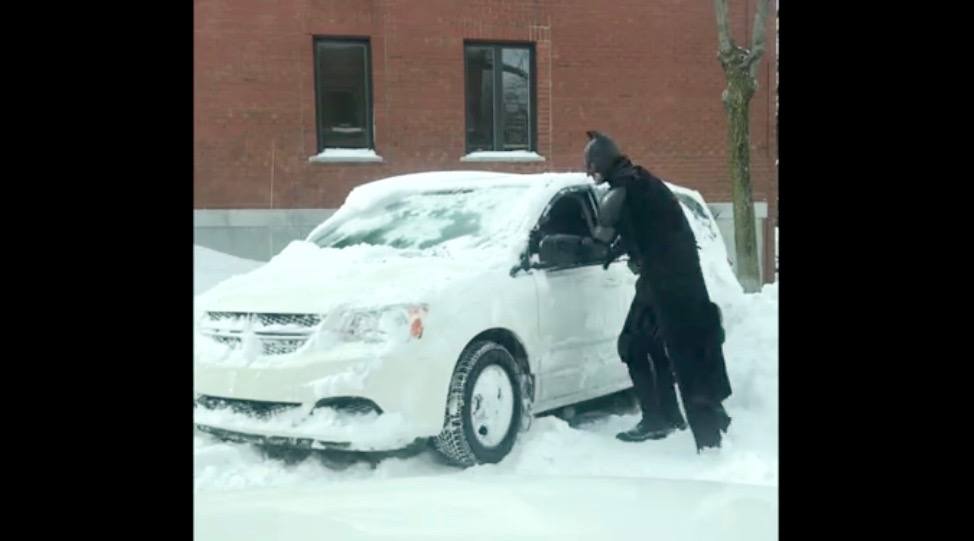 In case you missed it, last week Montreal got pounded by a massive snowstorm.

Hundreds of cars were trapped on the highway, there were major pile ups, and some guy even used the storm as an excuse to go snowboarding through the streets.

And while most of the city was struggling to recover from the storm and shovel themselves out of a snowy mess, a few Montrealers were lucky enough to get some unexpected help… from Batman!

MJ Anim’Action, an animation and event agency in Montreal, decided to give Montreal the hero they deserved and the one they needed.

The results have gone viral, with a video of Batman helping Montrealers dig themselves out of the storm having been viewed more than 55K times since uploaded last Thursday evening.

Walking through Montreal’s Rosemont neighbourhood, watch as the caped crusader takes a day off from crime fighting to turn his legendary skills against the snow instead.