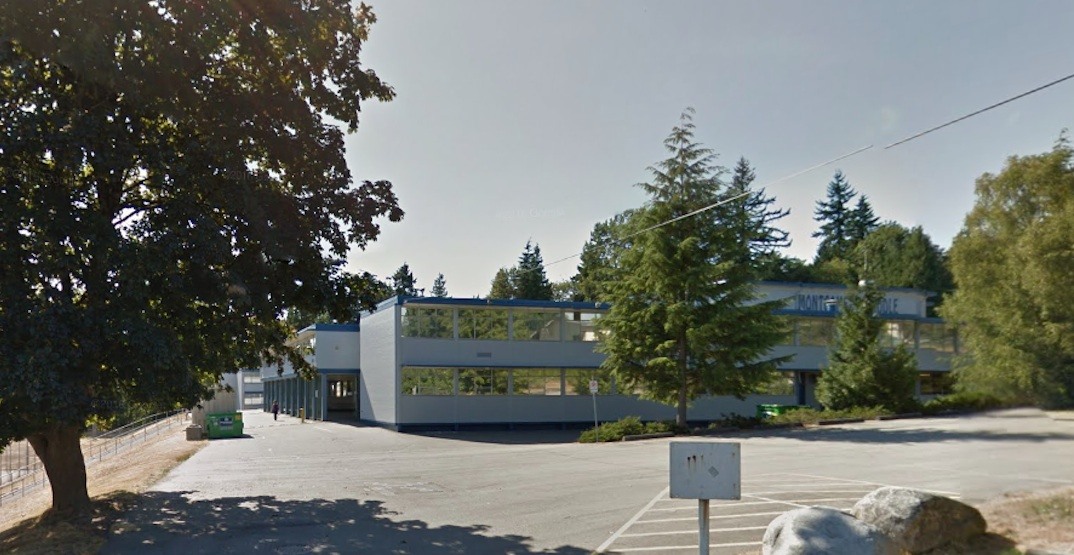 The new school year just started, but two teenagers from Coquitlam are already in deep trouble for their alleged antics.

According to Coquitlam RCMP, a pair of 13-year-old boys are facing potential criminal charges for damage that was done to Montgomery Middle School on September 17.

At approximately 8 pm, police were called to the school at 1900 Edgewood Avenue in Coquitlam and found extensive damage, such as smashed windows, damaged computer equipment, a broken vending machine, and missing fire extinguishers.

Corporal Michael McLaughlin says the damage to the school exceeds over $10,000, and that does not include the inconvenience caused to students and staff.

“With the help of witnesses, police interviews, RCMP Police Dog Services, and other investigative techniques we were able to identify two suspects,” said McLaughlin in a statement.

“We want students and parents to know that we appreciate their passion and we took their concerns seriously.”

As both suspects are minors, their identities are protected by the Youth Criminal Justice Act. Given the severity of the incident, police are working with crown counsel to determine whether criminal charges or alternative measures are most appropriate.