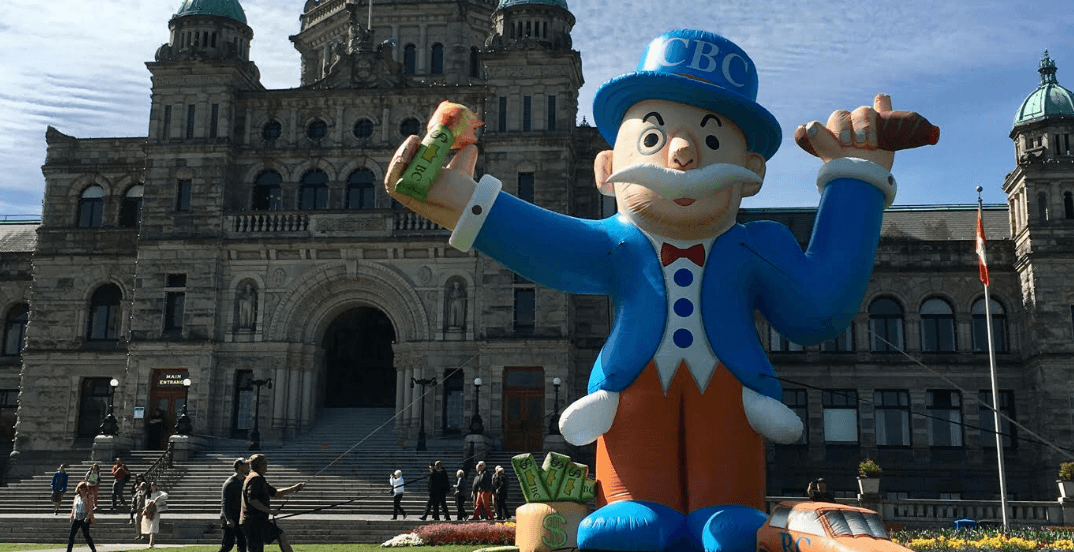 It is no coincidence that the new addition to the lawn of the BC Legislature bears a striking resemblance to Rich Uncle Pennybags, the tophat-wearing mascot for Monopoly.

On Wednesday afternoon, the Canadian Taxpayers Federation launched a 30-foot-tall monopolist on the legislature’s great lawn to protest the “government-forced” car insurance monopoly.

Meet Baron Von Fender Bender. Wearing an ICBC powder blue suit jacket, he is lighting a cigar with burning money. In a move meant to symbolize the fact “ICBC is bordering on insolvency,” Von Fender Bender’s pockets are turned inside out.

BC Director of the Canadian Taxpayers Federation, Kris Sims, said BC drivers are already paying the highest gas prices in North America — and the ICBC monopoly increases the pain — and causes unnecessary extra expenses to British Columbians. 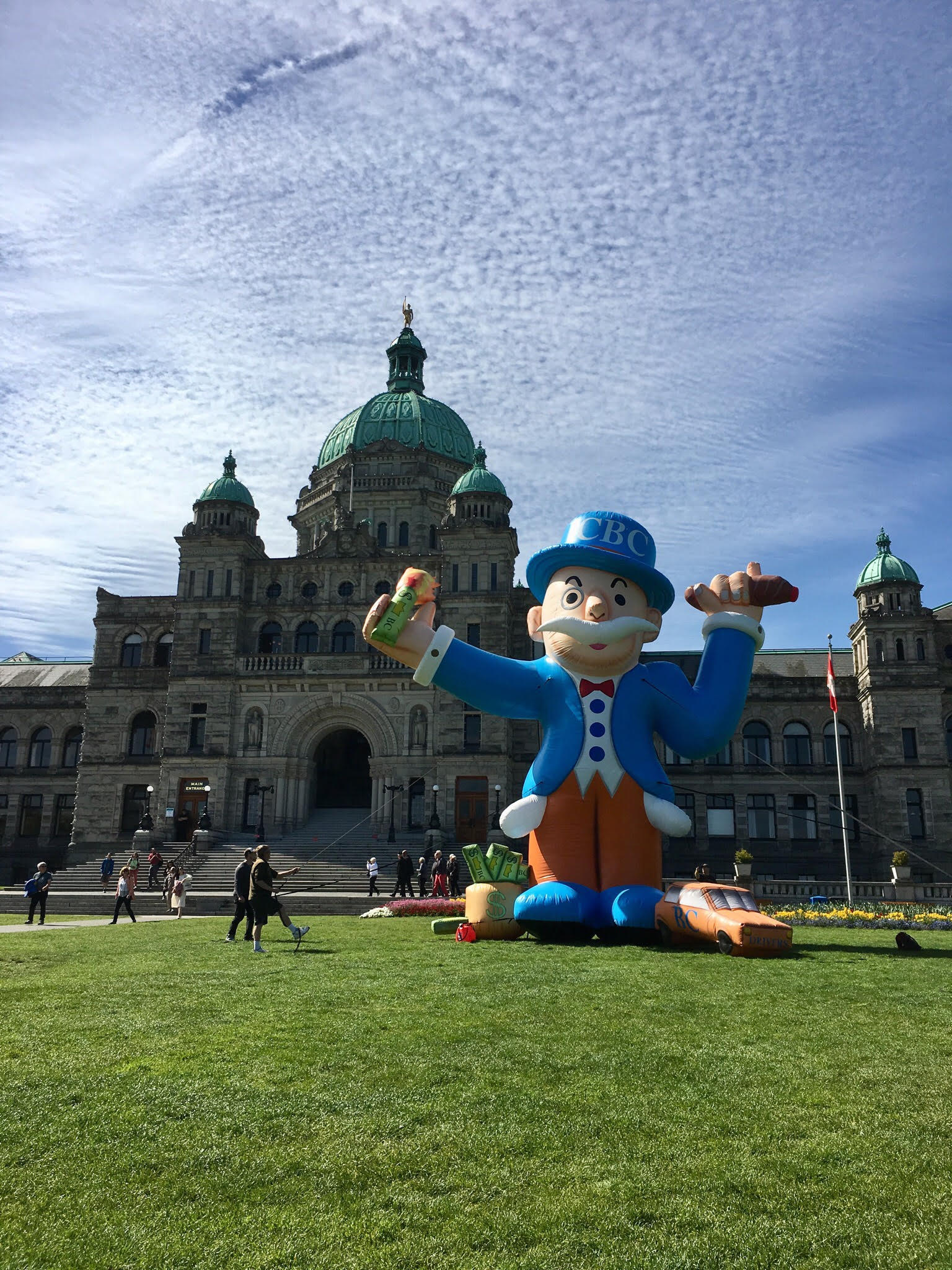 The agency wants BC to end ICBC’s monopoly and let drivers choose their auto insurer.

“Our ICBC monopolist balloon is a symbol of this high-cost, no-choice, bloated, nearly insolvent insurance corporation and we’re making sure politicians get the message: if it takes a balloon man bigger and scarier than King Kong, so be it,” she said.

Drivers in BC pay about 60 percent more for auto insurance than people in Alberta, according to a recent study provided by the Canadian Taxpayers Federation.

The Leg lawn isn’t the permanent home for the monopolist. He’s going to be touring BC cities this summer — a symbolic gesture urging drivers to fight for choice.