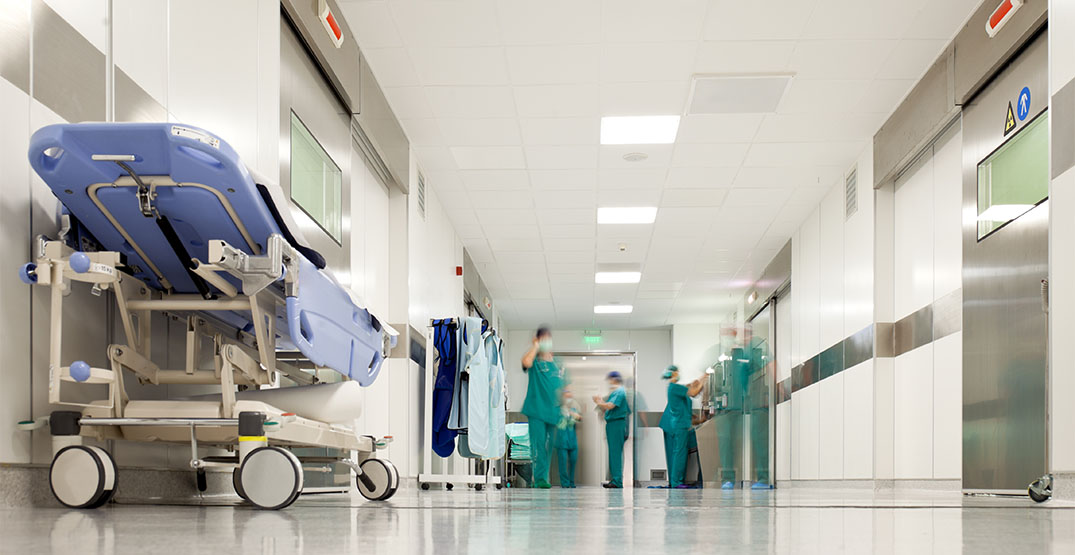 A man in Massachusetts who recently travelled to Canada has the US’s first confirmed case of monkeypox this year, health officials announced Wednesday.

The state’s Department of Public Health issued a statement saying confirmatory testing was done by the Centre for Disease Control this week, and contact tracing is underway. It’s not known where the individual went in Canada or when he returned to the US.

The patient is in hospital in good condition. According to an internal email obtained by Daily Hive, the patient was moved to the Special Pathogens Unit as soon as monkeypox was suspected.

Officials said the case poses no risk to the general public.

Monkeypox is a viral illness that typically beings with flu-like symptoms, lymph node swelling, and progresses to a rash on the face and body. Lesions can also appear on mucous membranes, including the mouth, tongue, and genitals. According to the Public Health Agency of Canada, most infections last two to four weeks.

The monkeypox case fatality rate in Africa falls somewhere between 1% and 10%, with higher death rates among young children.

The virus is similar to smallpox, and vaccination against that virus can offer some protection. In children unvaccinated against smallpox, the fatality rate for monkeypox can increase to 14%.

Monkeypox is typically found in central and west Africa, where people can be exposed to it through bites and scratches from small animals, according to the Massachusetts Department of Health. Although it’s called monkeypox, several types of small mammals can carry it. The virus does not spread easily between people, but it can be transmitted through bodily fluid contact, monkeypox sores, and respiratory droplets.

The Massachusetts Department of Health said UK health officials report that most of their most recent cases of monkeypox have been in “men who have sex with men.” According to a BBC report, monkeypox can be transmitted through sex, but it’s not typically considered an STI.

Clinicians should consider a monkeypox diagnosis if a patient presents with an unexplained rash and has travelled in the past 30 days, the Massachusetts Department of Health said. The pox sometimes begin on one site on the body before spreading to other parts. At that time, the illness could be confused with a sexually transmitted infection such as herpes or syphilis.

PHAC classifies monkeypox as having “limited potential for epidemic spread.”

The virus has made headlines recently because there’s a cluster of infections in Europe, with more than a dozen suspected cases reported in Portugal, Spain, and the UK.

There is currently one vaccine, Jynneos, that’s been licensed in the US to prevent both monkeypox and smallpox. It can also be administered after exposure to lessen disease severity.

The US CDC also says the smallpox vaccine is 85% effective at preventing monkeypox.