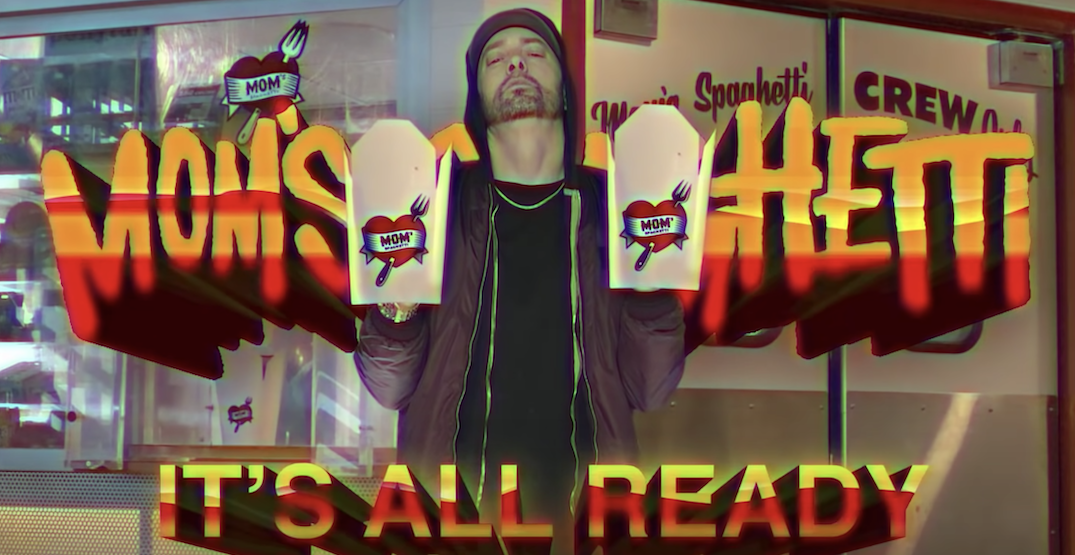 Eminem now has a restaurant in downtown Detroit named after one of the most iconic lines of his 2002 hit “Lose Yourself.”

“His palms are sweaty, knees weak, arms are heavy. There’s vomit on his sweater already, mom’s spaghetti,” said the rapper back in the 2000s, and 20 years later, it’s still engraved in our minds.

Mom’s Spaghetti is located at 2131 Woodward Avenue in Detroit, which happens to be less than a 15-minute drive from the Windsor, Ontario border.

The new spot only offers three menu items, Mom’s Spaghetti for $9, Mom’s Spaghetti with Meatballs for $12 (there is also a vegan option for $14), and a ‘Sgetti Sandwich, spaghetti on bread, for $11.

The restaurant held its grand opening on September 29 and the rapper himself was at the take-out window handing out meals.

And even took some pics with fans.

Unfortunately for Canadians wanting to make the quick trip down to the US, the temporary restriction on non-essential travel at the US border still remains in effect.

Though dedicated Canadian fans can fly into the country, driving down is not permitted, even if it’s just to try Mom’s spaghetti.