Canadians would do a lot for hockey, and now they can also include playing a game above a downtown Toronto building.

That’s right. A mysterious hockey rink surfaced earlier this week in Toronto above 120 Adelaide Street West, in the heart of the city’s financial district. The rink has caused quite the stir, as everyone wondered who was behind the sky high hockey mystery.

This afternoon, Molson Canadian confirmed the rink is part of their #AnythingForHockey campaign. A video published by the beer company on October 7, 2015, shows what appears to be a rink above a building in a city setting. As part of a contest, the video “New Heights” asked Canadians “Want to play on our rink? Tell us what you would do for hockey.” Sadly, the contest is now closed.

But it is quite the view for a hockey game, don’t you think?

If Vancouver can have a rooftop tennis court in downtown (you know, the one above Holt Renfrew) then surely we should get a rooftop ice rink too. 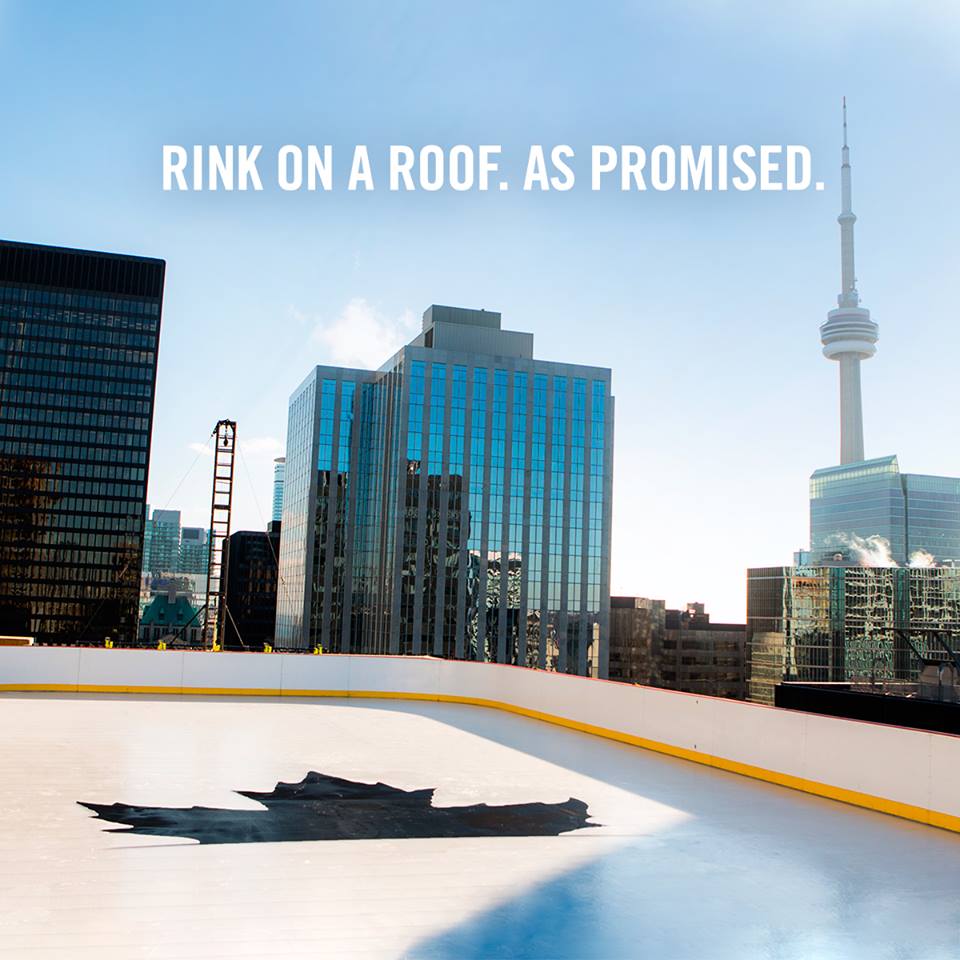