It’s an age-old question dating back for as long as people have been around: men vs. women – who would win? While Pacific Festival’s Cook Your Life / MeChat showed two sides of modern life, my vote goes to the women this time around.

Gateway Theatre’s Pacific Festival, now in its second year, ambitiously brings over some of the most exciting companies and actors from Hong Kong to Vancouver. All shows are delivered in Cantonese or Mandarin, with English surtitles making the stories accessible for all. The captions have traditionally worked well for most shows, but certain parts of Cook Your Life were improvised and the surtitles weren’t able to capture those aspects. It’s too bad, because these informal riffs would prove to be among the best parts of the evening. 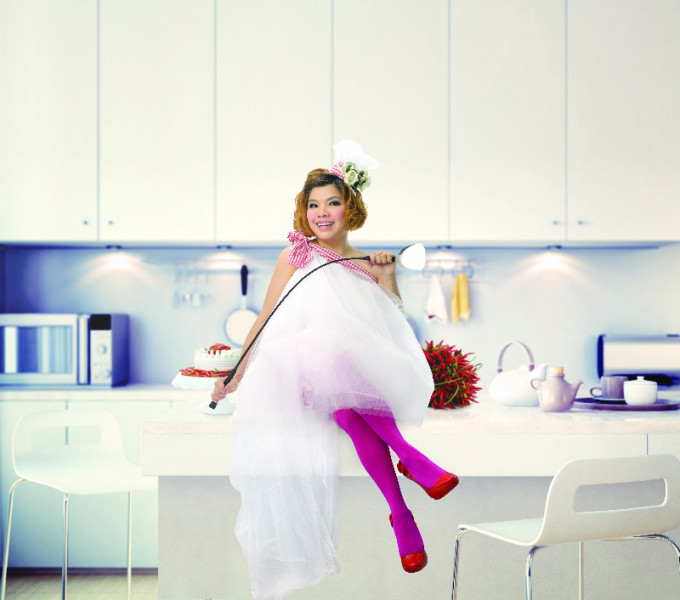 Cook Your Life is a one-woman show by powerhouse MayMay Chan, whose easy rapport with the audience is part wise-cracking charmer, part hot mama. Starting off the show with a tray full of food samples, Cook Your Life explores the intersection of cooking while entertaining, a huge part of Asian culture. Within the hour, Chan dished up a full meal (minced pork, Kimchi soup, Thai stir fry) while talking full steam, featuring her trusty sidekick ‘Blender.’

The traditional tension between Hongkongers and ‘outsiders’ also comes out in ruefully truthful ways, including a Shanghainese nanny who cooked in a too-oily/too-salty manner, to a homewrecker who had no distinguishing features outside of being from Taiwan. It’s a fascinating look at the intricacies that make up the ‘together but seperate’ aspects of Hong Kong culture. 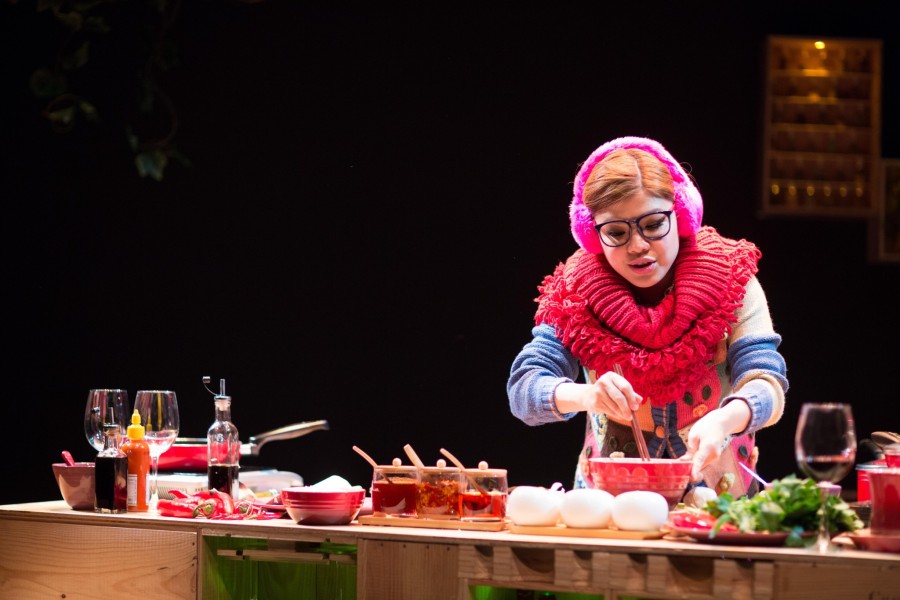 Chan draws many analogies between cooking and love, but none are more memorable than her cast of ‘bitchy Honger girlfriends,’ all brought to life through versatile performances. We follow along as one these girlfriends, Cindy, goes through a drawn-out breakup involving lots of hot peppers (you had to be there). This is entertaining until Chan later repeats a similar story within her own relationship. While getting together and falling apart are important facets of any story, I think once would have sufficed in driving her point home. 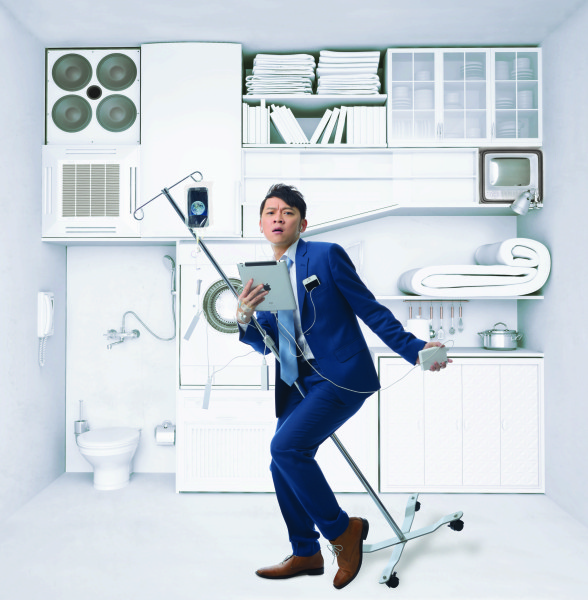 It would be tough for anyone to follow the fiery spitball of Cook Your Life, so I appreciated how different the energy was after intermission. MeChat is all about one modern man’s view on living and loving with technology. Eric Tang’s initial few skits were ingenious, featuring a one-sided, ramen-slurping conversation to a large cellphone perched on his shoulder. It’s an inner monologue about one particular brand of male bravado – the metrosexual man – which especially dominates in many Asian cultures. From impersonating a Sichuanese rental girlfriend to diving into the bizarre world of reddit-esque forums, Tang briefly captures the lucidity of high-speed, cosmopolitan Hong Kong. 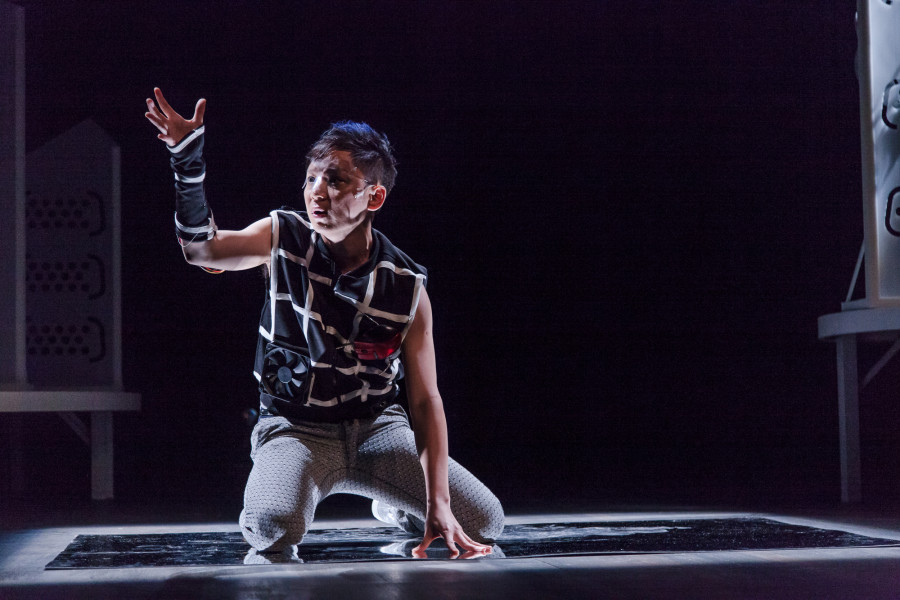 Despite initial promise, the tech quickly took over the show and MeChat proved to be riddled with too many ideas and directions. Tang showed off significant talent in many areas, and while it’s easy to see why he’s a rising TV star, the moves didn’t overly complement or drive forward the central premise of MeChat. In contrast to the tight and honest narrative of Cook Your Life, MeChat lost focus by getting caught up in matters of technology, rather than matters of the heart – aptly mirroring the complexities of masculine identity in Hong Kong.