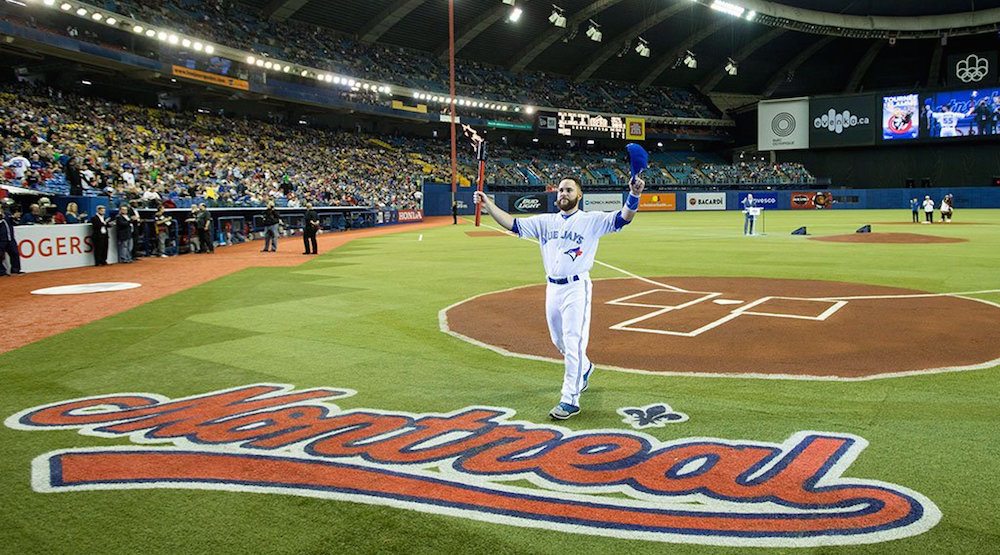 Speaking with fans before the home run derby in Florida, Manfred outlined the league’s expansion plans.

Manfred mentioned the Tampa Bay Rays and Oakland Athletics – two teams that need new ballparks – as priorities for the league. He added that the league will not expand until those issues are resolved.

That’s not exactly good news for Montreal baseball fans, but he did list some cities that the league may be interested in moving into at some point.

“Once they’re done, I think we have some great candidates,” Manfred said.

And he mentioned Montreal first.

“I know the mayor of Montreal has been very vocal about bringing baseball back to Montreal,” he added. “It was not great when the Expos left. The fact of the matter was baseball was successful in Montreal for a very long time.”

The commissioner also listed Charlotte, North Carolina, and Mexico City (or somewhere else in Mexico) as possibilities.

Manfred is saying all the right things about keeping MLB teams in their current cities, but you have to wonder what happens if Oakland and Tampa Bay can’t find a way to build the stadium they need.

Montrealers know all about that.

Despite losing the Expos to Washington, DC in 2004, there’s reason to bring a team back to La Belle Province. With an urban population of over 4 million people, Montreal is the largest city in Canada or the United States without a Major League Baseball team. There’s already a baseball culture in the city, plus there’s a appetite for the sport as evidenced by huge crowds that have turned up to watch the Blue Jays in spring training in recent years.

At some point MLB is going to move a team or expand by one, or more likely, two teams. If they do, Montreal has to be at the top of the list.