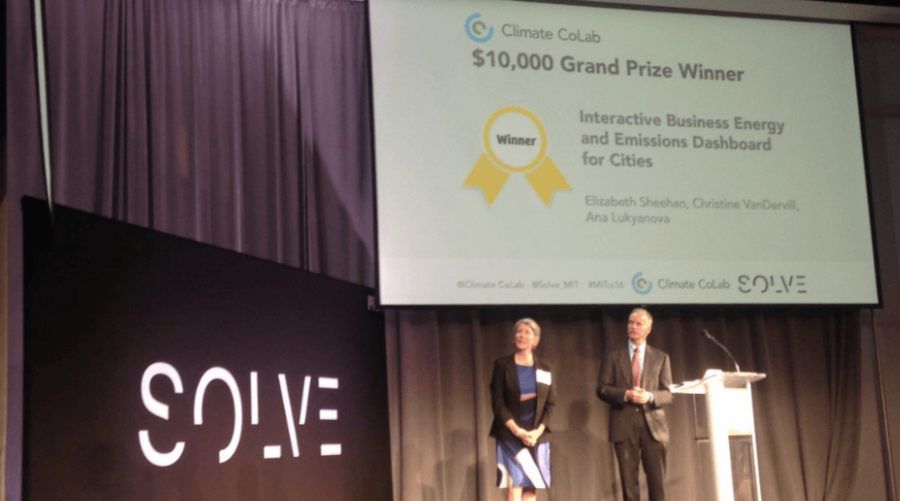 A Vancouver company is being recognized by the Massachusetts Institute of Technology (MIT) for its climate-change fighting innovations.

“Cities are the front lines in the climate challenge, yet often have limited resources. Our software helps them get the most bang for their buck, so they can be more effective in their work. We’re deeply humbled and inspired by this recognition,” said Climate’s Smart’s president and co-founder Elizabeth Sheehan at the award ceremony in Cambridge, Massachusetts.

It has an interactive mapping interface that allows individuals to see where they can potentially cut greenhouse gasses.