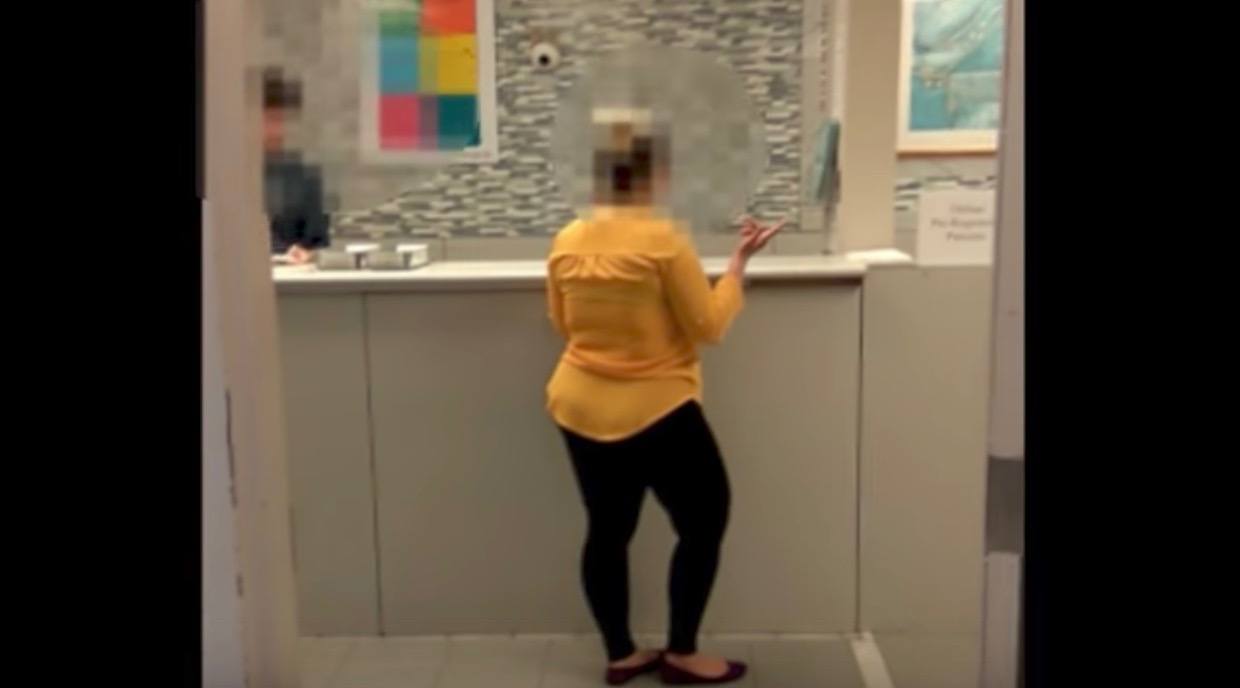 A woman at a clinic in Mississauga, ON has been caught on video demanding that her son be able to see a ‘white doctor’ without ‘brown teeth’ and who is ”from Canada.”

The woman claims that her son is having chest pains and that she’s waited five and a half hours just to see a “Paki doctor.” The woman then loudly and aggressively insists on seeing a “white doctor”.

In the midst of her interaction with the clinic’s staff, the woman declares, “Oh my god, what kind of horrible country do I live in? My kid is sick so I want to see someone else who doesn’t have brown teeth and speaks English then.”

At one point, after finding out that there are no doctors on site who were born in Canada, the woman exclaims, “Being white in this country, I should just shoot myself.”

Hitesh Bhardwaj uploaded the video to YouTube on June 18 with the following description:

Extreemly rude and racist woman openly asking to see a white doctor who doesn’t have brown teeth, who is born in Canada and who can speak English. Incident happened at around 12:30 PM on June 18, 2017 at Rapid Access to Medical Specialists (Clinic) in Mississauga, Canada

Since uploading it two days ago, the video has now been watch more than 150,000 times.

Toward the end of the video a person waiting at the clinic finally addresses the woman directly, saying:

Your child clearly has more issues with you being his mother then him needing to see a doctor. You are extremely rude and racist. You want to talk about Paki people being at a hospital, maybe you should check yourself in.

The woman then goes on to accuse the person confronting her of doing so because she’s white.

You can watch the entire 4-minute video below, but be advised, it is extremely offensive.