A 29-year-old woman who’s new to Vancouver has been missing since February 1, according to the Vancouver Police Department, and they’re appealing to the public to help find her.

Ciala (pronounced “Kayla”) Atwood moved to Vancouver from Alberta on Monday and went out downtown with friends that same night. She separated from her group at around 2 a.m. and hasn’t been seen or heard from by friends and family since.

If you see Atwood, officers are asking that you call 9-1-1 so they can confirm her wellbeing. 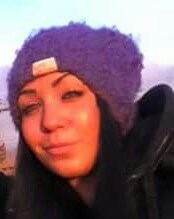