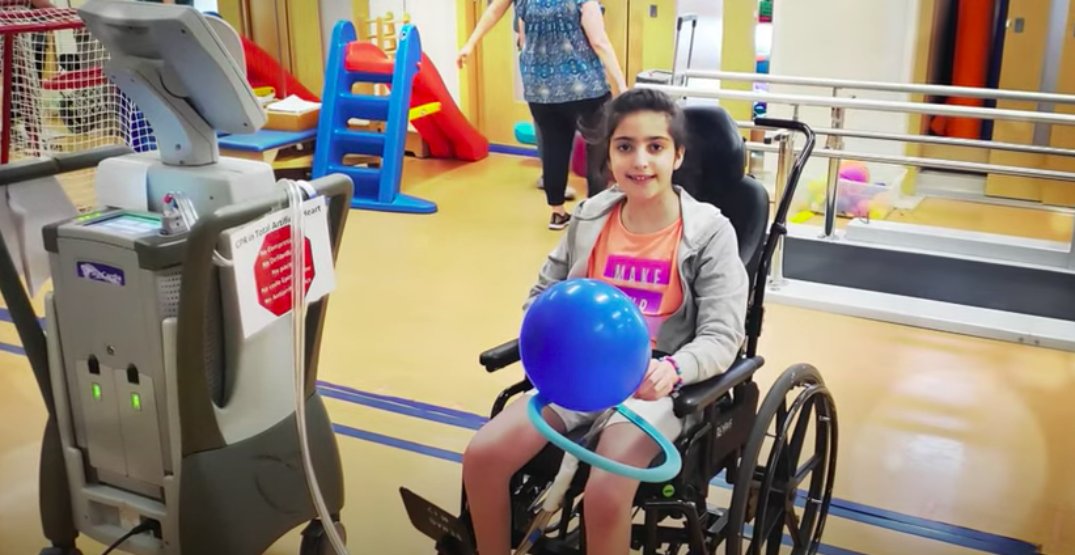 They call her “Mariam Miracle,” a nickname she has certainly earned after overcoming adversity at such a young age.

After years of surgeries, and even a failed previous transplant, Tannous is now a living success story and a great example of the wonders the medical world produces.

Born with two forms of congenital heart disease, Tannous’ life journey began much different than others. She had open heart surgery at the age of three, and her first heart transplant at the age of seven, which unfortunately didn’t go as planned.

In June 2021, the preteen went through cardiac arrest, and collapsed in her home. Her older brother administered CPR while they anxiously awaited the arrival of paramedics. Though she was stabilized, it was then that doctors realized the growing failure of her heart.

“Total artificial hearts are rarely used in paediatric patients due to their size and limitations,” explains Mariam’s cardiologist, Dr. Aamir Jeewa, medical director of the Ventricular Assist Device Program at SickKids. “The device, intended for larger adults, has a large set of mechanical pumps that are surgically connected to vessels inside the chest and are driven by connections, outside of the body, to a large controller unit that is almost as tall as Mariam herself and runs 24 hours a day.”

The 14-hour procedure came with its hiccups and hurdles, notably the need to stop excessive bleeding that ensued during the process. Once the team successfully wrapped up the surgery, Mariam was required to be kept sedated on ventilation for 16 days. Mariam after her surgery | SickKids

To the relief of the young girl and her family, a heart became available to her two months later. A process that came with its complications was finally coming to an end.

Mariam is now able to enjoy her days and summer break like any other child, however, the transplant is not entirely a cure, but an extension of life. It is likely that in the future, the transplant can unfortunately fail yet again.

Mariam Tannous, before and after | SickKids

Luckily, that doesn’t stop the young warrior from swimming four days a week, and partaking in sports with her older brother, Jack.

Mariam’s mother, Linda Antouan Adwar, who dubbed her with the nickname “Mariam Miracle,” shared with SickKids just how proud she is of her daughter. “I’m so happy and we are so proud of her,” says Linda. “Her journey is not easy, but day by day she shows us how strong she is now.”