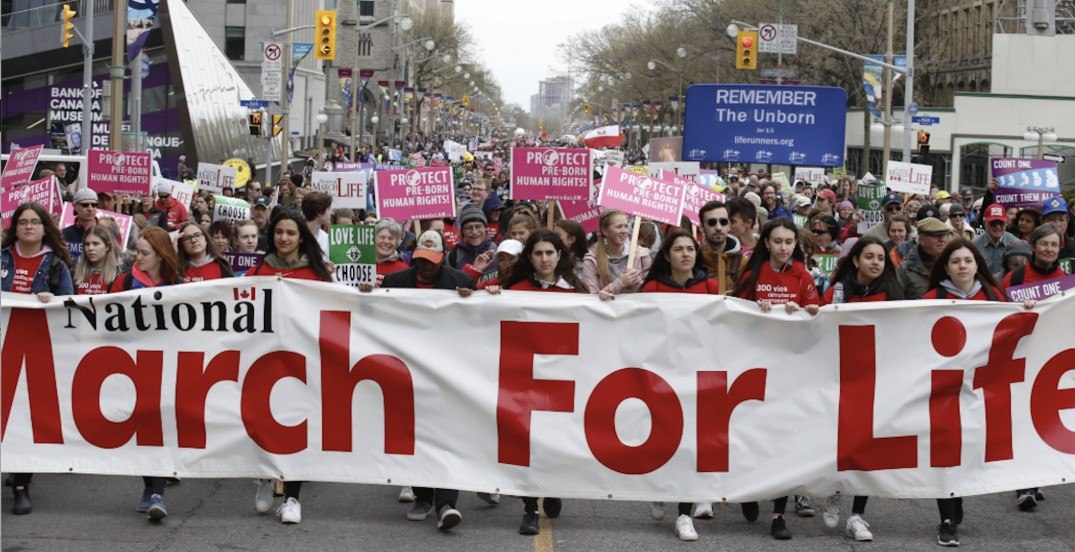 Canada’s Minister of Women and Gender Equality has penned a letter to Conservative MPs who participated in last week’s March for Life anti-abortion rallies.

Maryam Monsef addressed the letter to 12 Conservative MPs stating that “by attending anti-choice rallies, sponsoring screenings for anti-choice films, or by empowering conservative politicians who ‘pledge to fight to make abortion unthinkable in our lifetime,’ the Conservative Party of Canada is demonstrating their willingness to reopen this debate and roll back women’s rights and autonomy.”

“This is simply unacceptable,” Monsef continued.

The National March for Life took place on May 9 in cities across Canada.

“We march because we want to make abortion unthinkable,” said Margie Mountain, Co-Chair of the National March for Life, in a statement. “We march to show this current government, and those who are trying to silence our message of life inside parliament and in the public square, that we will not be bullied into submission.”

Canada does not have federal laws restricting abortion and it has been legal across the country since 1988.

In her letter, Monsef states that “Canadian — and Canadian women in particular — deserve to know whether or not Conservative Party of Canada would take us backwards by restricting a women’s right to choose.”

“Fundamental human rights are not a political issue. Given your recent actions as Conservative caucus members, I call on you and your leader to clearly re-affirm Canadian women’s right to choose and to work together with our Liberal government to protect access to safe and legal abortion services both at home and around the world,” concluded Monsef.

On Twitter, Conservative leader Andrew Scheer said his party would not re-open the abortion debate.

Complete hypocrisy from Trudeau. On a day when he vows to stop misinformation, his party tells lies. I have been clear. A Conservative government will not re-open this debate. https://t.co/ldGzMnw1Qa

“I have been clear. A Conservative government will not re-open this debate,” Scheer wrote.

Scheer’s director of communications reiterated this by stating the Liberal’s targetting the Conservatives on the matter of abortion and reproductive rights is “pure desperation.”

Absolute nonsense. Mr. Scheer will not reopen this issue and they know it. There is one party and one party only that wants to talk about it. Pure desperation. https://t.co/t3DGthuCxg

Across the border, the anti-abortion movement is growing. On Tuesday, Alabama banned abortion across the state.

“To the bill’s many supporters, this legislation stands as a powerful testament to Alabamians’ deeply held belief that every life is precious and that every life is a sacred gift from God,” wrote Alabama Governor Kay Ivey, in a statement.

Several other states including Ohio, Kentucky, Mississippi, Georgia, and Arkansas have recently passed restrictions on abortions to limit the procedure as soon as a heartbeat is detected.