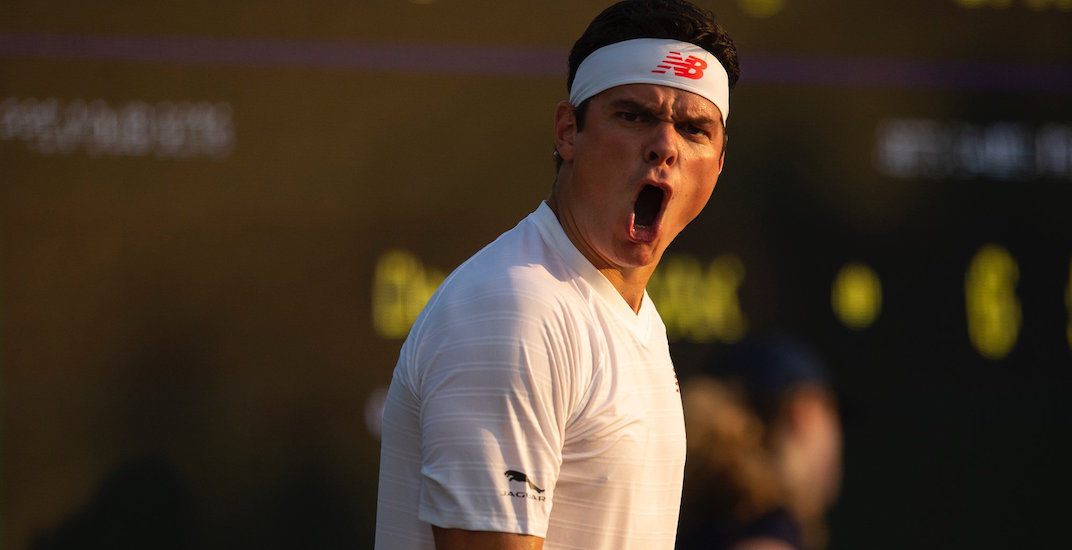 Milos Raonic is back, everybody.

Canada’s highest-ranked male tennis player for more than seven years, Raonic was passed in the rankings by 19-year-old phenom Denis Shapovalov in May.

Ranked as high as No. 3 in the world at the start of last year, Raonic entered Wimbledon as the 32nd-ranked player on the ATP Tour. Battling injuries, Raonic had to pull out of the US Open last year, was beaten in the first round of the Australian Open in January, and missed the French Open in May.

But Raonic appears to be moving along nicely at Wimbledon.

Seeded 13th, Raonic defeated American Mackenzie McDonald in four sets (6-3, 6-4, 6-7(5), 6-2) on Monday to advance to the quarter-final. In the 100th match of his career at a Grand Slam tournament, Raonic’s serve was sizzling, nailing 37 aces in the match.

This is the fourth time that Raonic has qualified for the quarters at Wimbledon, breaking a 96-year-old record previously held by Robert Powell, for most final-eight appearances at the All-England Club.

Next up for Raonic is big-serving American John Isner, who is seeded No. 9 at this tournament. Should the Canadian win that match, he’s likely to face top seed Roger Federer in the semis.

Raonic, 27, is still searching for the first Grand Slam championship of his career. The closest he has come to achieving that goal was when he finished as the runner-up to Andy Murray at Wimbledon in 2016.