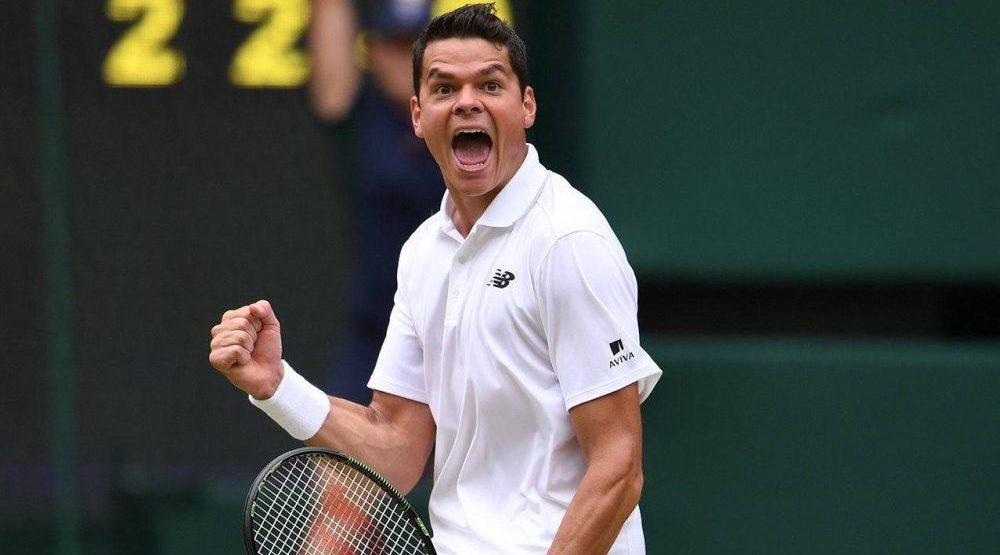 Milos Raonic has set a new Canadian record, ending the 2016 tennis season ranked as the #3 men’s singles player in the world.

Raonic already held the Canadian record as world #4, but was able to climb one more spot (ahead of Switzerland’s Stan Wawrinka) on the ATP rankings after a semi-final appearance at the ATP World Tour Finals in London this past weekend. In London, he gave world #1 Andy Murray a run for his money, losing a three-set match that included two tiebreakers and took three hours and 38 minutes to play.

The 2017 tennis season will begin with Raonic ranked behind only #1 Andy Murray and #2 Novak Djokovic. Raonic’s previous best year-end finish was #8 in 2014.

It has been a career-year for 25-year-old from Thornhill, Ontario.

Starting the year as the #14-ranked men’s singles player in the world, Raonic won his eighth-career ATP World Tour title in Brisbane in January, beating Roger Federer in the final. He followed that up with a semi-finals appearance at the Australian Open, losing to Murray.

In March, Raonic lost to Novak Djokovic in the final at Indian Wells.

The highlight of Raonic’s season was at Wimbledon in July, where he advanced to his first career Grand Slam final. Raonic got perhaps his greatest win at Wimbledon in the semi-final, where he ousted living legend Roger Federer in his favourite tournament in a five-set marathon.

Raonic’s first tournament in 2017 will come in the first week of January in Brisbane where he’ll try to defend his title.