In a blog post by Yahoo Sports Columnist Dan Wetzel, he said he was shocked to find there was no longer a traditional desk for him to work on in his Marriott hotel room, prompting him to call the front desk.

“I was told this had to do with the habits of Millennials, who don’t use desks. [Insert ‘Millennials don’t do any work’ jokes here.] They prefer rooms that are designed to ‘hang out’ in and whatever work they do can be accomplished on their phone. Hence we have two beds and a couch but no chair or desk,” said Wetzel.

Marriott hotels are in the process of renovating their hotels, which includes, among other things, a change in the traditional work space many baby boomers have come to know and love. Instead of a deep traditional desk, many Marriotts are using adjustable tables that can be moved to hover over the bed or the couch. Others haven’t disposed of desks at all. Check out this picture of a newly renovated room at a Marriott in Seattle: 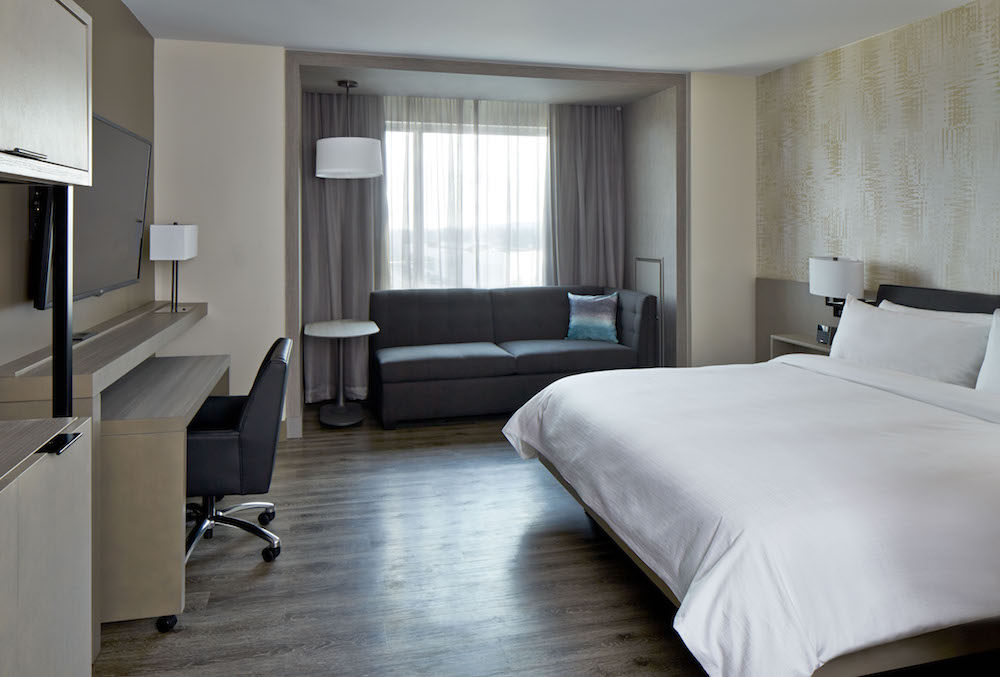 And another from San Francisco: 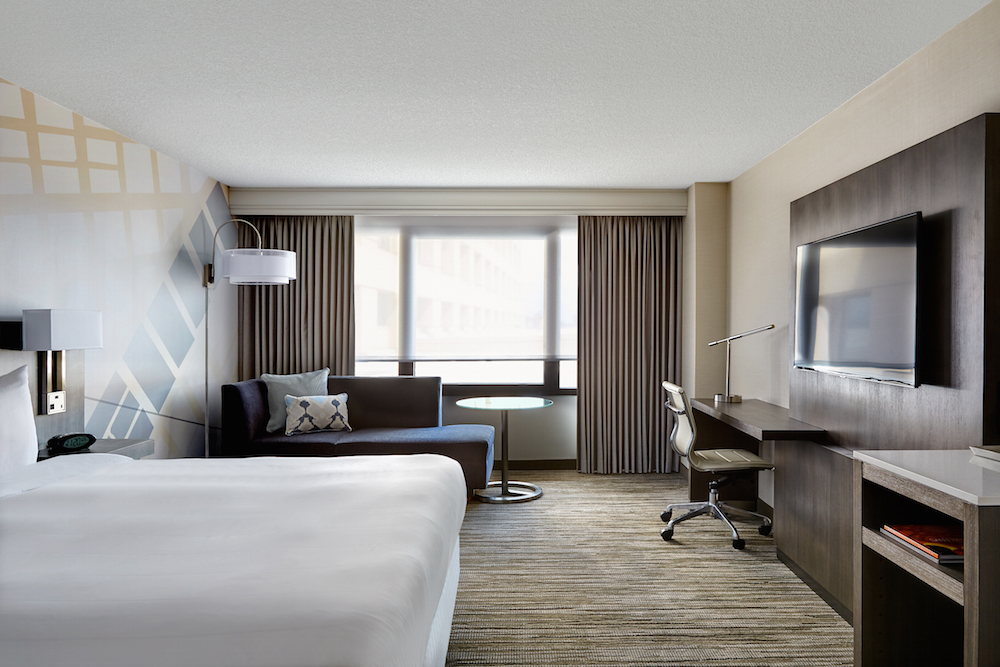 Change can be hard, and granted, it seems like Wetzel got the short end of the stick with his room, which appeared to only have a small, round awkward table. But with the process of renovations comes growing pains, and Marriott spokesperson Nina Herrera-Devila told Vancity Buzz each room will have a proper work space – as well as hardwood floors – when all is said and done.

“The work surface is just different,” she said.

“Generally guest feedback has been positive – around 80 per cent versus 20 per cent negative.”

She also notes that the changes aren’t being spurred by Millennials, but by customer feedback that’s cross generational. Still, that hasn’t stopped people from occasionally posting complaints on Trip Advisor (scroll to PatonMarco’s comment).

Another thing to note is the Marriott umbrella includes 17 brands, and traditional desks will be included in many of them.

And for the record: The downtown Vancouver Marriott on West Hastings still has traditional, full-sized desks.