More and more Canadians are cutting the cord, whether that be disconnecting their TV cable or opting out of traditional home phone services. And millennials are leading the charge.

Those are the recent findings of a public opinion poll done by the Angus Reid Institute, who investigated into television and phone usage in Canadian homes.

More than 50% of participants in the survey were either thinking of cancelling their current cable subscription, had cancelled it already, or had never even subscribed in the first place. 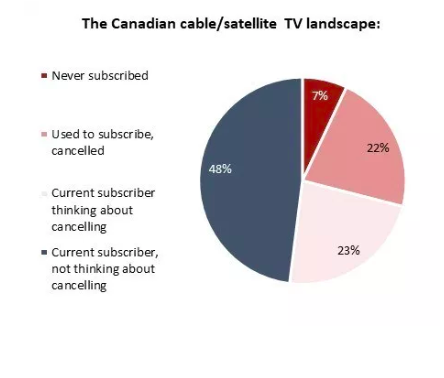 The main reason? Most say it was because they weren’t getting good value for their money. It’s simply too expensive.

As far as replacing cable goes, it’s Netflix and other subscription services that are leading the way, followed by YouTube and other free online video platforms. 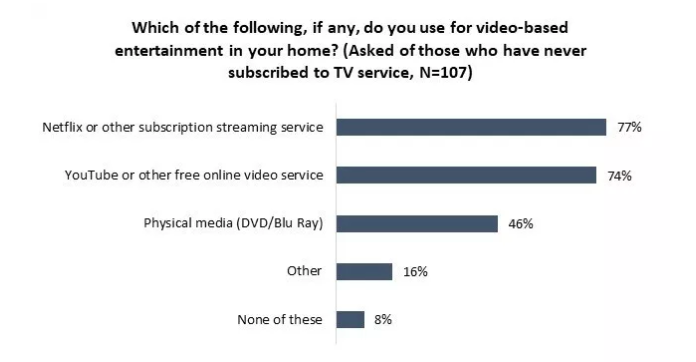 When it comes to landline phone services, a small majority of Canadians continue their subscription, but it’s a trend that’s quickly falling.

According to Statistics Canada, 83% of Canadian households used landline telephones in 2012. Fast forward to the present year and that number diminishes to 57%. 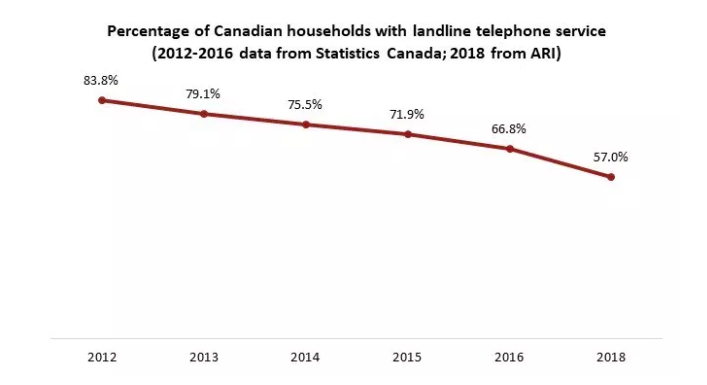 When asked why households are foregoing their traditional landlines, it’s less about the money or even the constant calls from telemarketers. More and more individuals (80%) are simply using their cellphone for everything. 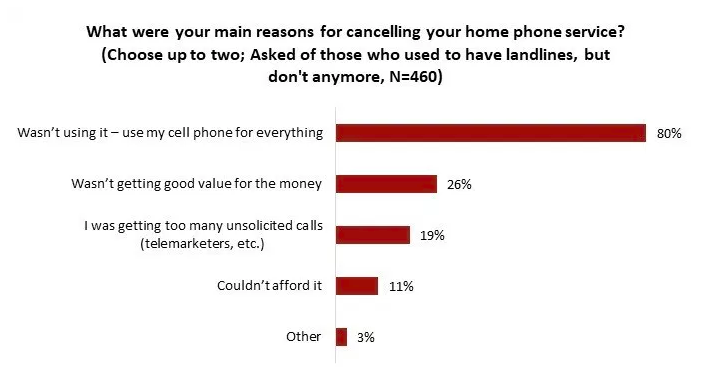 Unsurprisingly, it’s the younger generations, namely millennials, that are leading the trend. Almost half of those under the age of 35 have cancelled their cable or satellite service – or they never had it in the first place – and almost 65% are moving past landline phones.