American pop-star and tabloid phenom, Miley Cyrus, followed her word and traveled to B.C.’s Great Bear Rainforest this past weekend to learn more about the province’s controversial wolf cull.

Earlier this month, Cyrus got the attention of British Columbians when she posted an image to her Instagram account pleading her followers to protest the annual wolf cull which allows hunters to kill as many as 200 wolves each winter in order to protect the endangered caribou population.

Premier Christy Clark was not impressed with Cyrus’ call to action, saying: “if we ever need help with our twerking policy, we’ll go to [Miley].”

But Clark’s dismissal did not stop the international star from traveling to B.C.’s North Coast, an area known as the Great Bear Rainforest, to meet with proponents of the “Save the B.C. Wolves” campaign.

PICS – Miley with some Smilers in Klemtu, British Columbia today! She is on a mission to save wild wolves pic.twitter.com/JPQtdXYdvJ

She and her brother Braison visited the community of Klemtu over the weekend to join conservationists from the Pacific Wild organization for a research excursion, including renowned wolf biologists and outspoken opponents of the B.C. wolf kill, Mary and John Theberge.

They were joined by American ecologist and author Carl Safina and members of the Kitasoo/Xais’Xai First Nation.

“When I first spoke out, I knew in my heart that the wolf cull was wrong,” said Cyrus in a statement. “But after this visit, I know science is on my side, not just on the wolf cull, but also on the trophy hunt issue. Both are unsustainable and both are horrific. Both have to end.”

Such a cute pic of Miley singing with the SAU group ???????? pic.twitter.com/XiFOCiFooL

Cyrus’ position is not supported by the provincial government, which just announced they would increase the number of wolves killed this winter to make up for the lower-than-desirable number killed last year.

“The government of British Columbia is waging war on wildlife, and it should come as no surprise that their policies are garnering international scrutiny and condemnation,” said Executive Director of Pacific Wild, Ian McAllister, a long-time wildlife photographer, author and conservation advocate. McAllister and has worked for a number of years to protect the province’s endangered rainforest and joined the team along with Cyrus over the weekend to discuss the wolf call.

More Pic – Miley with a Smiler, returning from BC after learning about the Trophy Bear Hunt & Wolf Cull pic.twitter.com/noN5jrrS9K 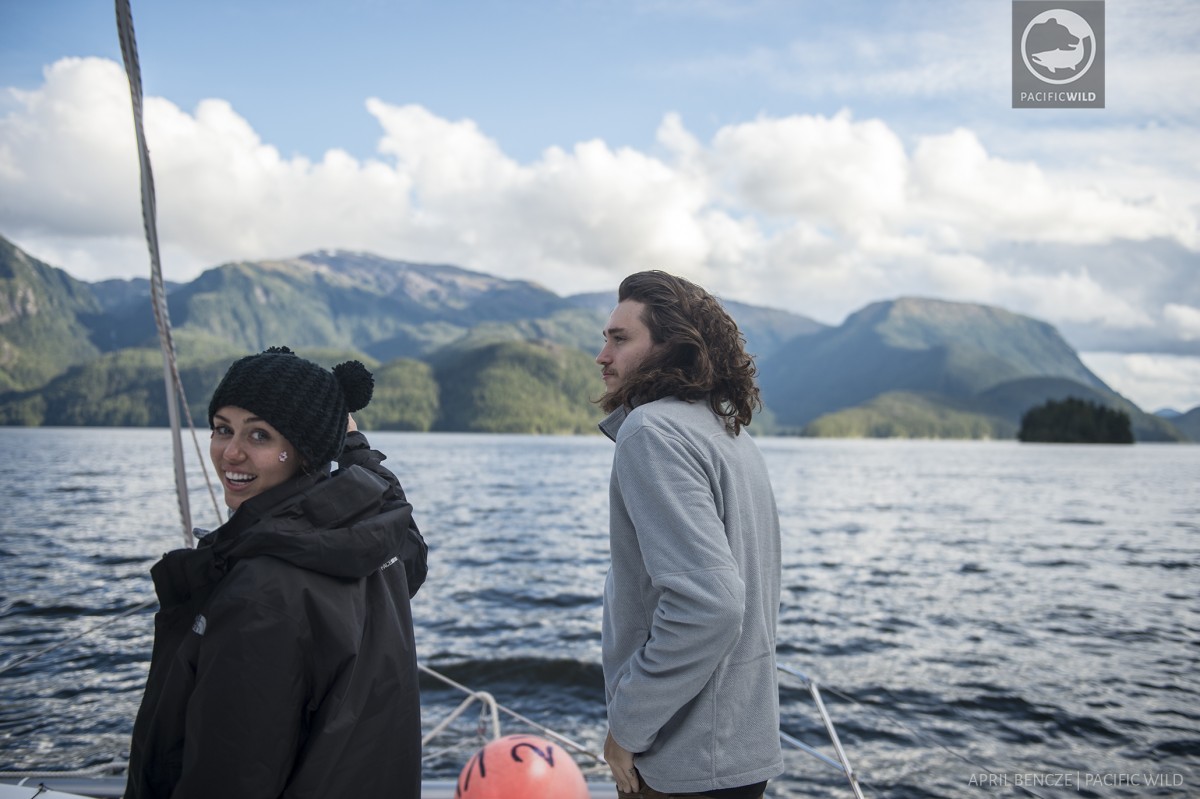 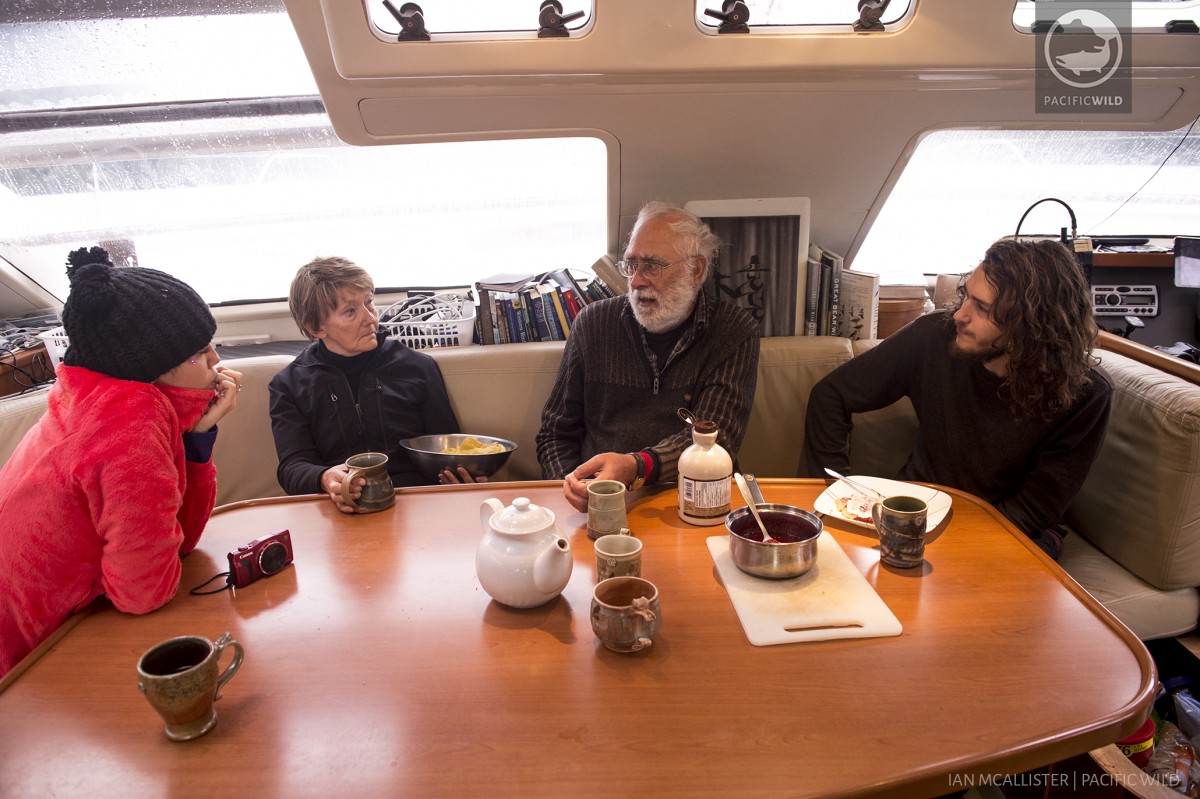 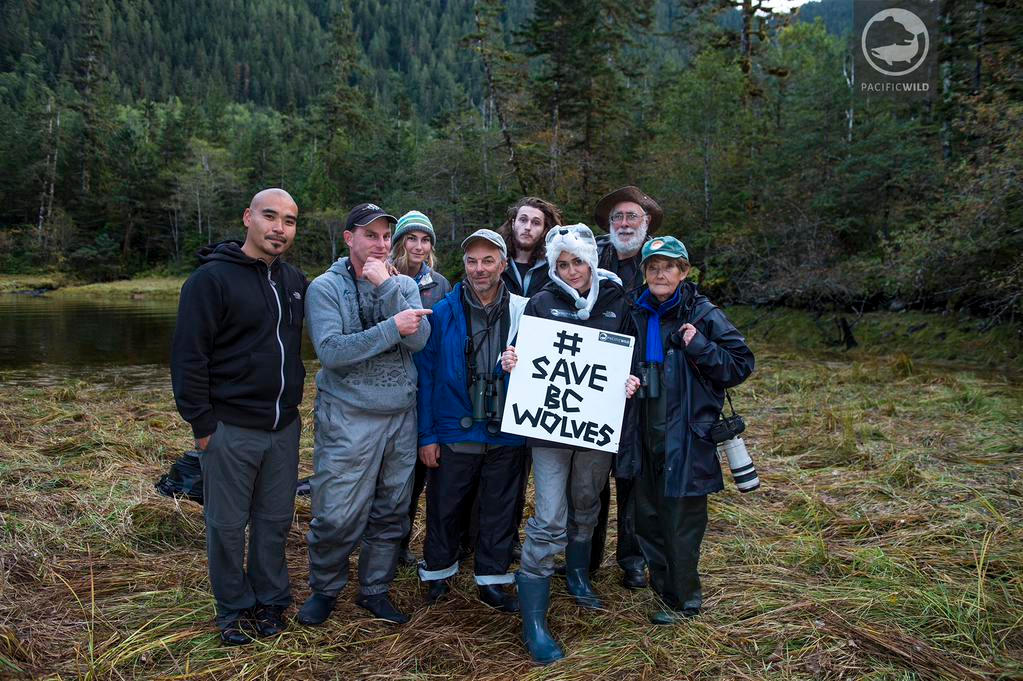