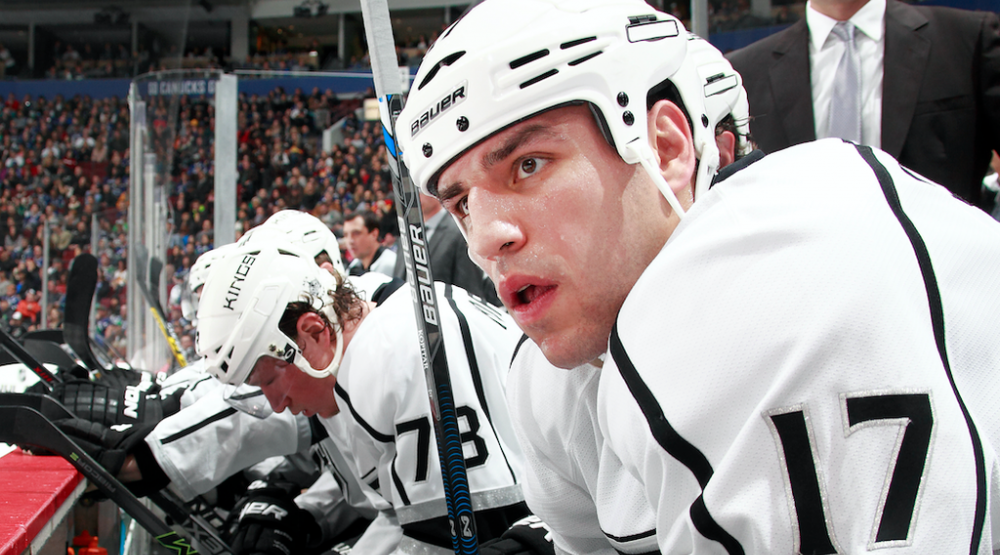 Milan Lucic was in Vancouver on Monday, listening to what Francesco Aquilini, Trevor Linden, and Jim Benning had to say.

Lucic was first spotted outside Rogers Arena by a fan, who took this photograph:

Later on, Lucic and Canucks management went to Blue Water Cafe in Yaletown – an Aquilini owned restaurant – to break bread.

Now, before you freak out, signing Lucic isn’t necessarily a bad thing for the Canucks. I know he’s one of the villains from the 2011 Bruins – believe me, I haven’t forgotten about that. But the five years that have have passed, including a one-year tour in the California sun, has washed off most of the stench for me.

Also consider that Lucic, the player, is a very effective one. There is no other player in the league that is as big and mean as him that can score 20-25 goals and 50-60 points. Plus, he’s younger than most of the other big name UFAs available, having just turned 28.

Big power forwards like Lucic tend to wear down and lose effectiveness over time, although he’s been incredibly durable in his career. He’s missed just 10 games over the last six seasons.

Getting Lucic on a four-year deal worth $6 million – the same number he’s making right now – would be a win for the Canucks. The problem? There’s a bidding war for his services and he’ll likely command more money and/or more term than that.

Milan Lucic willl visit "four teams or so" according to agent G.Johannson. They'll talk to as many as 10
In VAN yesterday, EDM today

Lucic will visit Edmonton today, as well as a couple of others according to a report from Sportsnet’s Mark Spector.

A source with ties to Lucic told me over the weekend that the native of East Van is “likely not” coming home to Vancouver, citing Lucic’s perception of the team. Clearly the Canucks want him though and opinions can change after fine wine, a good sales pitch, and a bucket of money. So we’ll see.

Maybe Mayor Gregor Robertson offered to name a street sign after him too? Who knows.

Money and term was not discussed at the #Canucks meeting with Lucic last night, Canucks had mayor of VAN drop by and say hi to Lucic.

If the Canucks strike out on Lucic, expect them to sign somebody.

Loui Eriksson makes a lot of sense given his history with Benning in Boston and with the Sedins on Team Sweden, although he’s three years older than Lucic.

Andrew Ladd and Troy Brouwer are both local boys, but they’re both on the wrong side of 30, so a long-term deal would be lunacy at this stage for the franchise. Darren Helm is a nice player, but at what cost for a player that has never scored more than 33 points? Thomas Vanek smells a lot like Radim Vrbata 2.0. Vern Fiddler is a player I would have loved in Vancouver over the years, but he’s 36-years-old.

Mikkel Boedker is a player that has flown under the radar and one I would have my eye on. He quietly scored 51 points (17-34-51) last year, split between Arizona and Colorado. The best part? He’s only 26. His best years are ahead of him and when you take him away from a coach like Dave Tippett, imagine how the former 8th overall pick in 2008 could flourish offensively.

We’ll find out how the chips fall on Friday, when free agency opens league-wide.