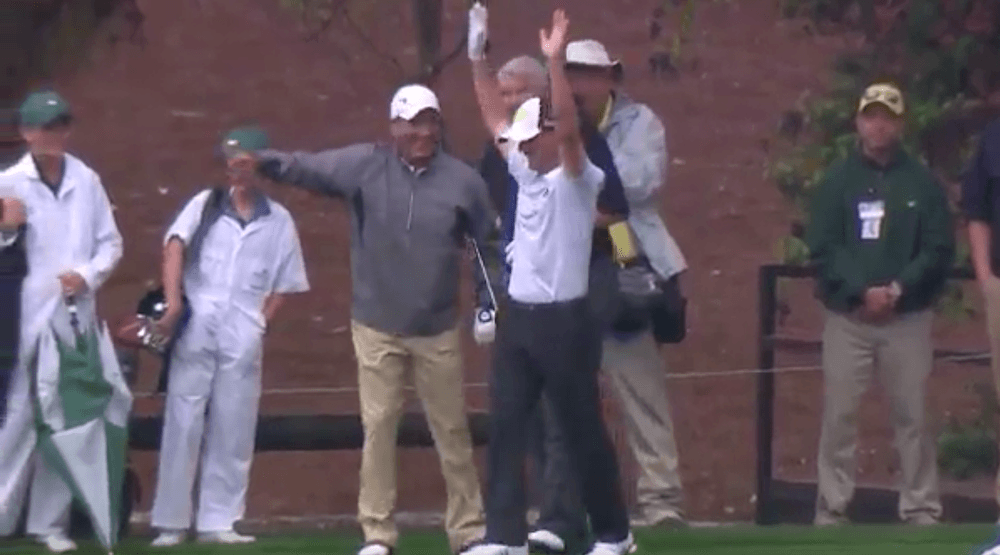 There’s something about Augusta National Golf Club that really agrees with Mike Weir.

The Canadian golfer, who won the Masters in 2003 at the same course, sunk a hole in one during a par-three contest on Wednesday. Weir celebrated with his girlfriend, former Bachelor contestant Michelle Money, by his side as his caddy.

It’s too bad Weir didn’t save this good fortune for Thursday, when the tournament begins for real. He’s been given 2500-1 odds by some bookmakers.

2003 #themasters champion @MikeWeir made a hole-in-one on No. 4 before weather caused the Par 3 Contest to be canceled. pic.twitter.com/ULssErcboW

If you’re thinking it’s been a while since you’ve heard about Weir, it might be because it has. The 46-year-0ld has not won a PGA Tour event since 2007 and the 2003 Masters remains his only title at a major.